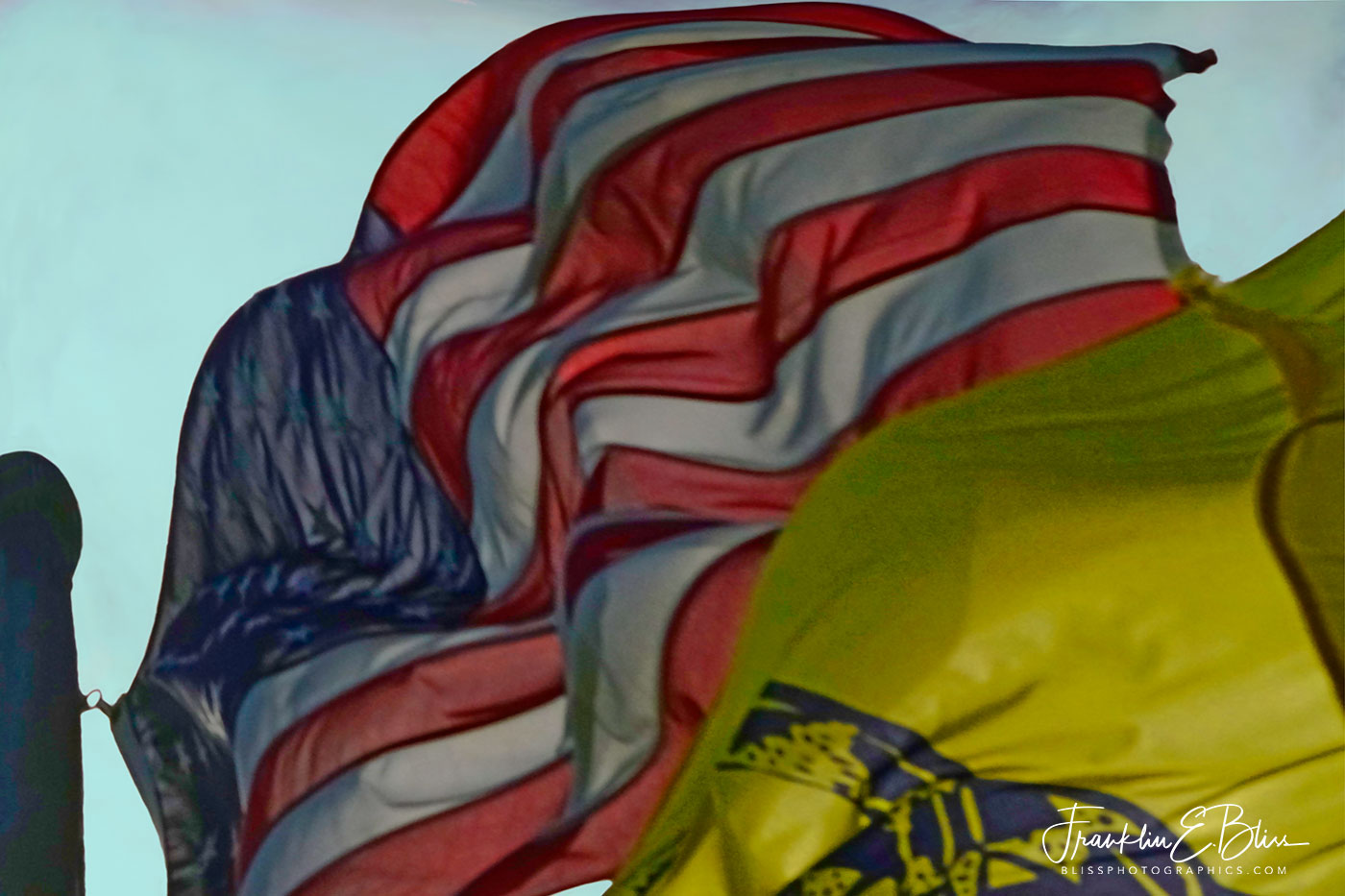 The top flag speaks for its self in this borderlands windy day. The origin of the starts and stripes has been muddled. Accounts handed down orally over several generations. Mostly from the descendants of Betsy Ross. Congress onJune 14, 1777 took time from it’s busy schedule. It passed a resolution stating : “the flag of the United States be 13 stripes, alternate red and white”. That “the union be 13 stars, white in a blue field, representing a new constellation.”

What the yellow flag that is hiding below is the flag I’ll talk about. I was kicked out of a 50,000 member forum for this flag in a photo. It happened to be part of a wonderful photo with a bunch of geese flying over head at night, lit flags, lit geese…. Me refusing to remove it because it has a “political bias”. Somehow the “Tea Party has tainted that flag after less than a decade . But I guess the 100 years plus of the KKK carrying around the stars and strips hasn’t rubbed off on her yet. Some people have no perspective. 12 other forums had no problems with it. Humm.

Toward that end of providing perspective:

In the fall of 1775, then commander in Chief George Washington Appointed Esik Hopkins as secretary of the newly forms U.S. Navy. Their job was to harass and capture English shipping supply lines. The first Commander used the coiled snake Gadsden flag on the mast of his flagship under the stars and stripes. Colonel Christopher Gadsden from North Carolina was one of 7 members of the “Marine Committee”. He presented the first yellow Gadsden flag to Commodore Hopkins . The first marine flag folks.