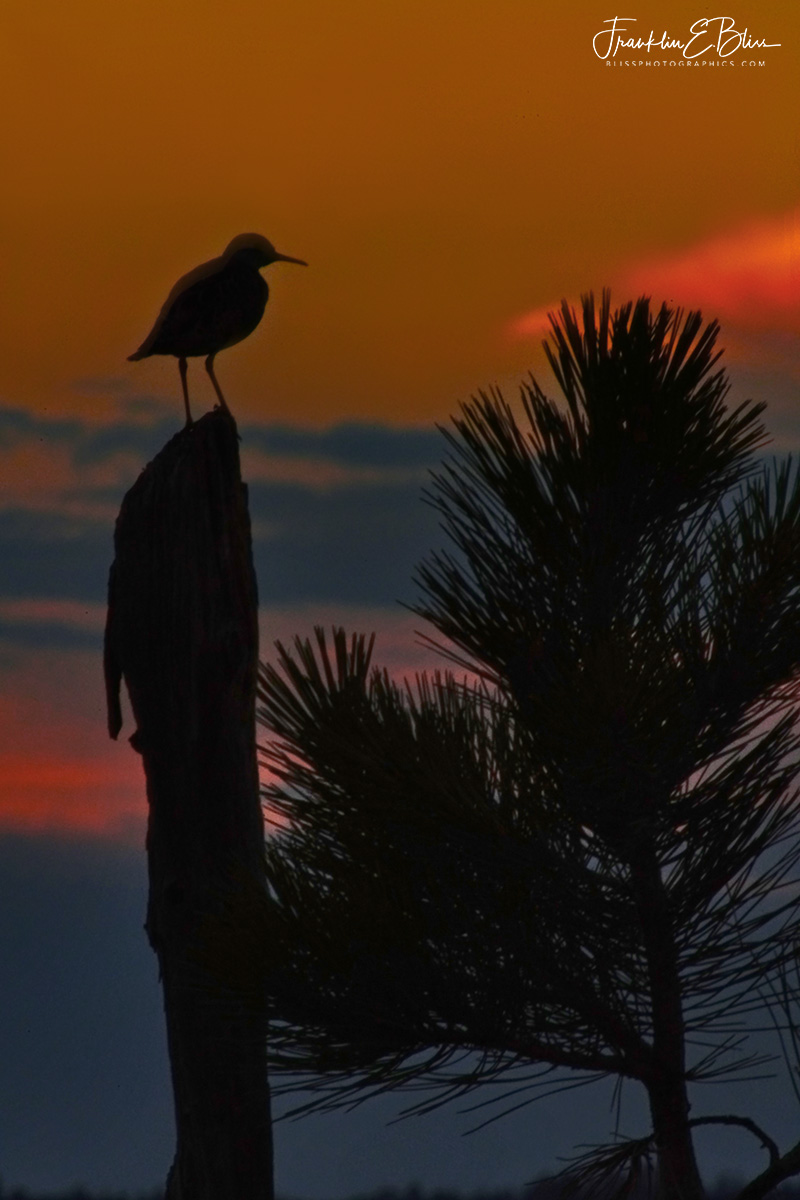 The Old World Native bird, the Common Snipe (Gallinago gallinago) is often “hunted” in lore and legend. You take the “new guy” out hunting Snipes after all. If you didn’t, you were raised in another country than I was lolol.

Well this is a silhouette of a real Common Snipe bird. They are of course considered a wading bird but I’ve seen them in my yard numerous times.. I catch them digitally in our barnyard pond as well as the wetlands here in the borderlands. Home on the range here in the side yard lolol.

Catching silhouettes against a beautiful twilight sky isn’t an easy or common thing to do. I’l like to have more of these. Snipes are fairly tolerant of my vehicles but they don’t like me getting out at all. I was trying to walk up slowly to one and it didn’t stick around. It wouldn’t have left had I not gotten out of my ATV. They tolerate vehicles pretty well but not the human shape was the lesson I got out of that lolol. I’ll use my portable blind/vehicle. I don’t seen them too much so I hate to loose them to being seen 👀

Under Twilight conditions, you have to be really lucky not to have the bird move for this 1/2 second exposure. I get a lot of chances to shoot birds on posts but this early in twilight is really dark.