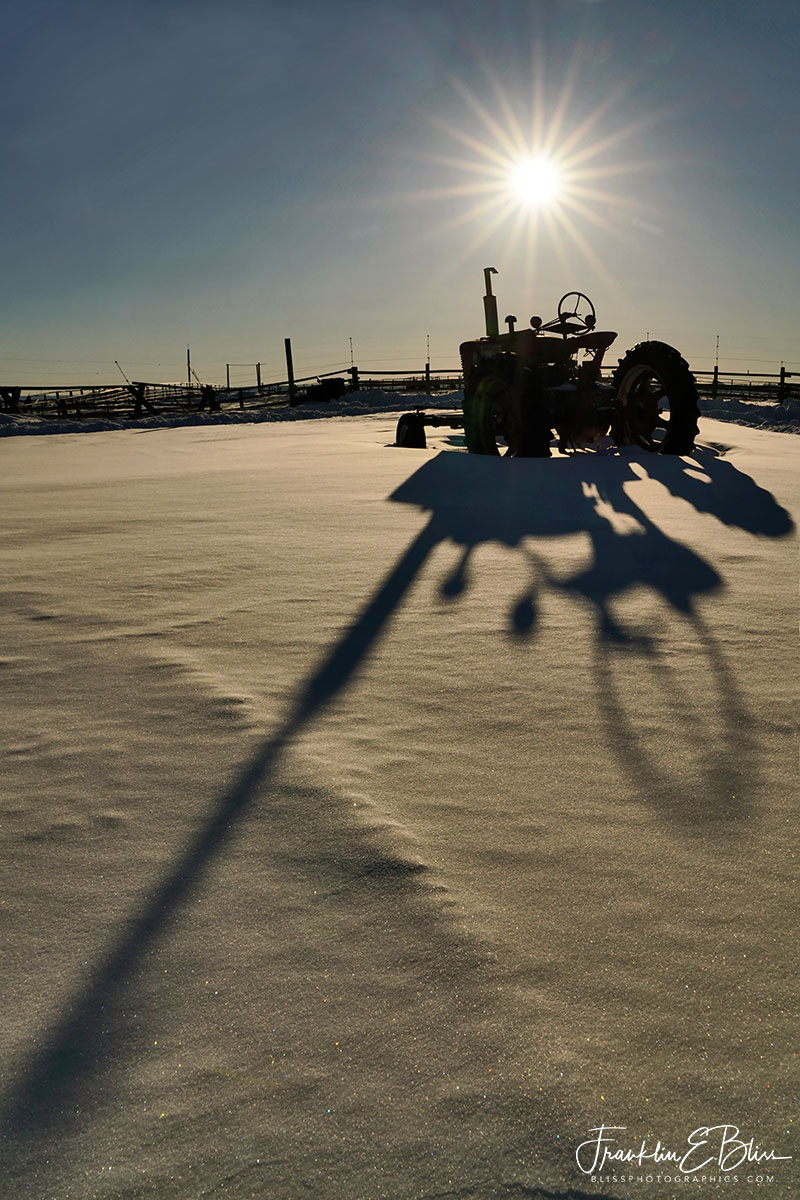 Shadows of the Past

Winter sets in deep during mid-February. The cycle of the year repeats over the century this ground has been settled/worked.. This tractor first chugged along in 1939. The first year of the International M tractor. I need to change the tires on it but it runs if I add gas and give it a jump. It has a crank on the front but I’m not as strong as I used to be. (or foolish). I’ve driven this around pulling this and that on the ranch over the time I’ve had it. Lost a tire a year ago and have to just cough up the cash lol. A big ranch operation takes time and money spent fixing things. 😜

The long late day winter sun throws deep shadow casts on the ice crystal projector screen the surface provides. The contrasts present were blinding to the human eye. Those in and of themselves are unable to behold such a scene unaided by technology. The Icy surface intensifies the glare reflecting into your vision. You instantly avert your eyes to avoid damaging them. Sunglasses would have been inadequate. You can not look directly at the sun with them. Mirrorless cameras have significant ability to turn down the volume on the incoming light. I see the scene on a video screen before I commit to take the image. You’ll want to have a full frame mirrorless before attempting this.

Title: Shadows of the Past