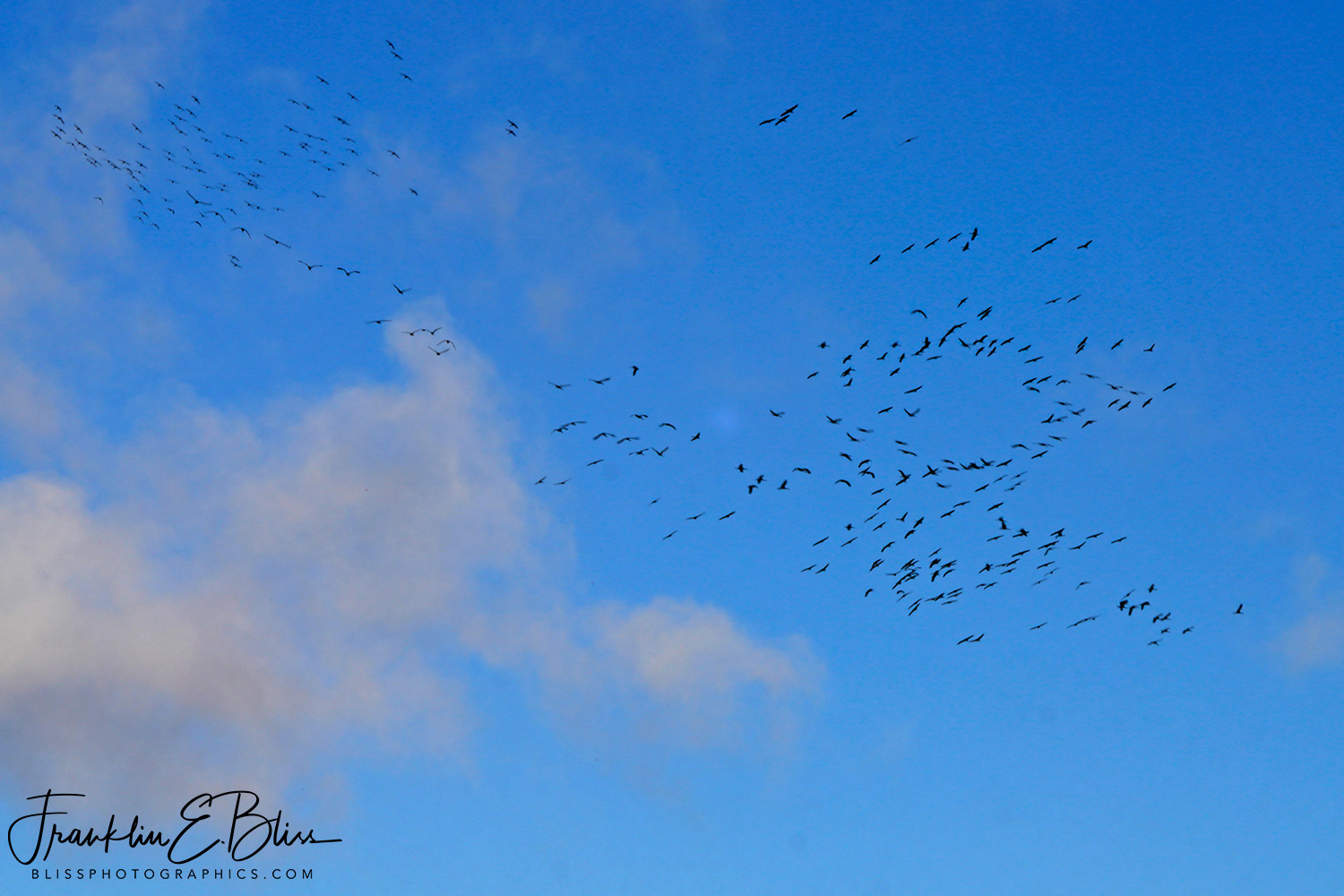 At midday when the sun is shining brightly, look for soaring “kettles” of Sandhill Cranes Riding Thermals over grasslands. These groups appear as barely visible wisps from afar with the unaided eye.. I think there is around 300 here…(Rough guess). Circling, right side coming at the camera the left side going away in the spiral.

The birds are using the thermals and keeping their flight muscles toned for the journey that lies ahead. Off to Nebraska First where they gather by the thousands on the Platte River where they put on some fat.

Several species of Sandhills (at least 6) with 3 being non-migratory and the rest are migratory. Cranes are diurnal or daytime migrants and use thermals to their advantage. They will hitch-hike a ride with the thermal higher and higher up to an altitude of a few thousand feet. They then will glide southward in wavering lines losing altitude as they go until they reach the next thermal, spiraling upwards to repeat the process. Rinse and Repeat is the play of the day. This method of migration is highly energy efficient, more so than the powered heavy on-flapping flight of other species such as the Canada Goose… On a good day with the right thermals, cranes can travel up to 500 miles but 200 to 300 miles is more typical. Finally in the late afternoon, they seek a wetland of some type to noisily roost in for the night. They depart the next morning with weather permitting, until they reach their next destination on the journey.

This Flock was following along the back edge of a snow storm that lasted a day. They were clearly waiting for it to move on so they could get past it and hung out just circling round and round getting higher with each revolution. Eventually they headed south toward the back of the snowstorm visible in the distance only to find another thermal and jump on board.