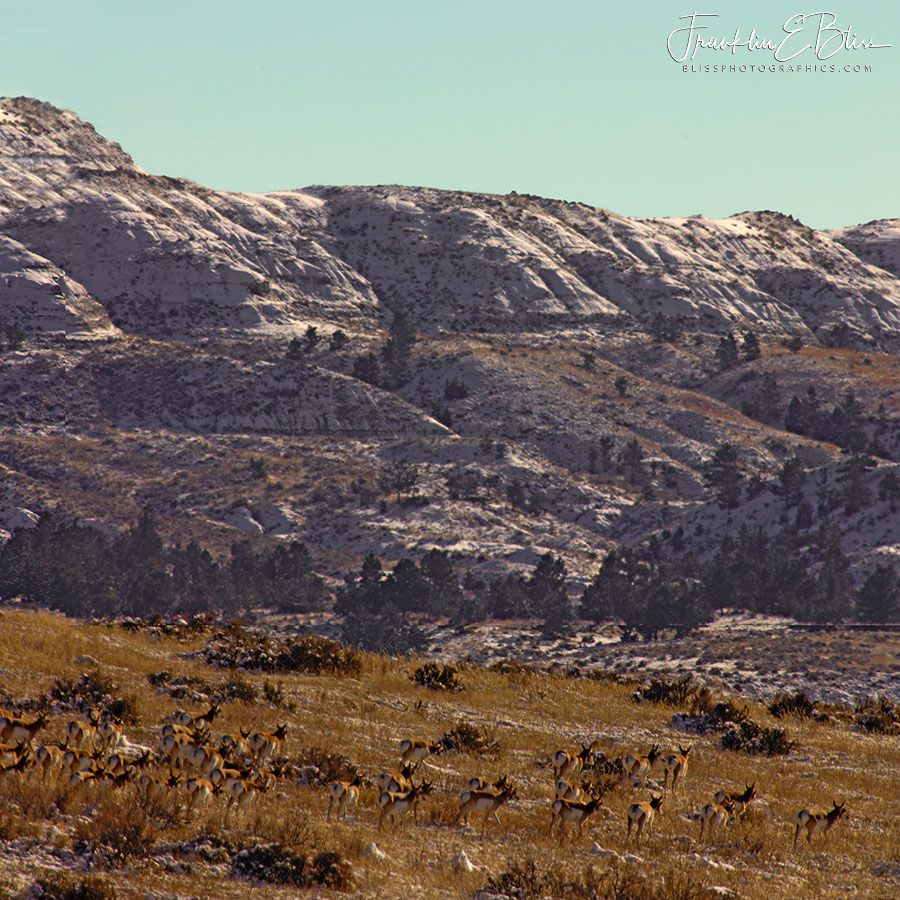 This is a must to take full screen. The Pronghorn’s are well camo’d in this image with huge alluvial fan deposits in the distance. Those sediments eventually turning into those rocks were transported from the Big Horn Mountains 130 miles back over my shoulder.. OF course I’m standing where there used to be rocks like that but erosion has removed them. Those layers were at one time continuous all the way back. Now rivers have cut big valleys in the apron of the mountains. Geologists regard things in a strange way 😜👀

So for this shot I was traveling from my ranch to Gillette Wyoming. , I took the “back way”. It’s about a 30 mile gravel road drive through a REALLY big National grassland area. That is a long gravel road that skirts the west side of the area. It passes right through some of the best places to see herds of Pronghorn in North America. I consider it the Serengeti of North America. There are several separate (huge) chunks of ground that make up the this amalgamation of reserves under this name in several states. They wander quite a bit and there are sometime I see nothing but grass and scenery. Half of the time. No cell phone service and no AAA up here…. Just saying 😀

The Thunderbasin Grasslands are indeed a remote area. The closest stop light is about 40 miles. There are not many private inholdings within this area and nothing but large ranches surrounding the reserves. There might be a few water and a few oil wells out there. They actually help the wildlife providing both connate water as well as deep hydrothermal water recovered from very deep oil production in the area. That deep origin hot water ( well treated) is a major source of water for wildlife as it remains unfrozen over most of the winter where it ponds.