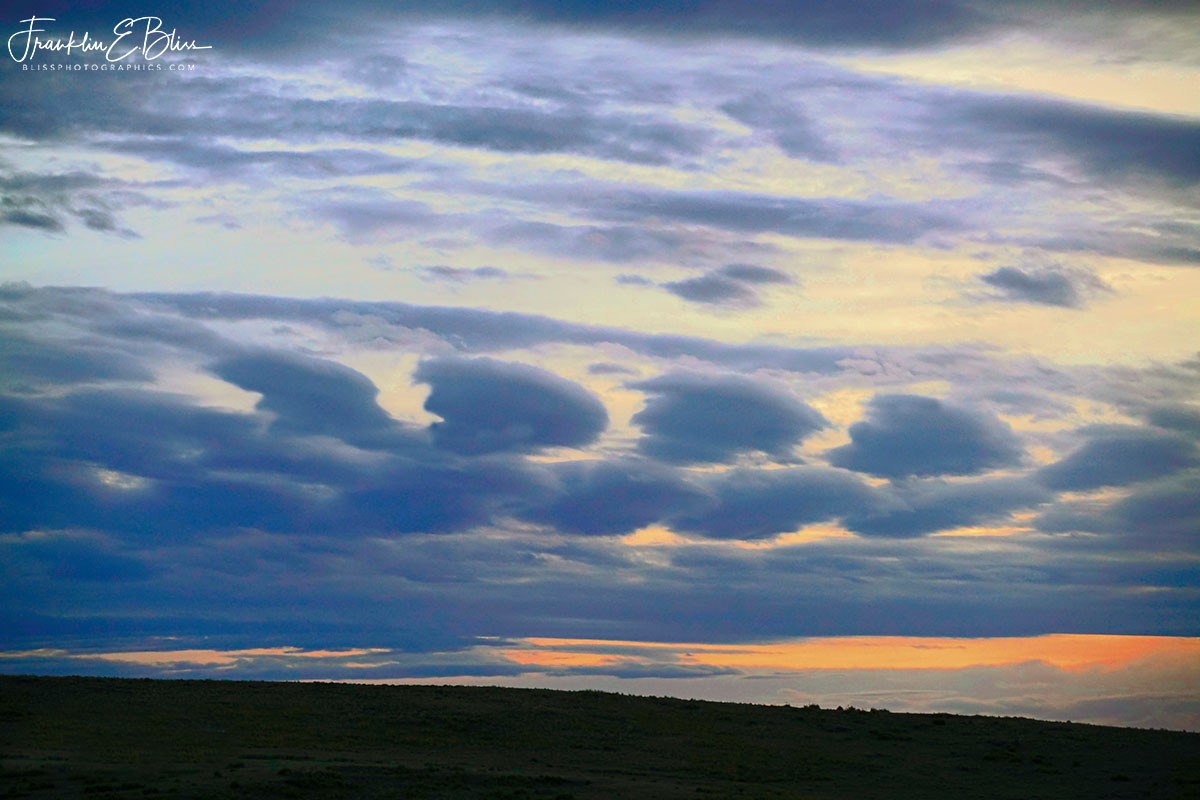 Who is Watching Who

Seeing faces in clouds or other natural scenes is termed: Pareidolia. Historically this tendency diagnosed one with psychotic symptoms/ “abnormal”. Now we are teaching computers to do it. It’s not just clouds of course. Any pattern the human mind creates out of literally random data is symptomatic. Of course the state of medical/psychological science has improved a tad from those early days.

I’m thinking this is a cloud version of Mount Rushmore. Looking behind me to the eastern back show a bit after sunset on summers evening is a good habit. Many photographers get tunnel vision and forget to glance around. The back shows are often better than the main sunset if your chasing light like I do. Usually associated with a disruption in airflow, called Kelvin-Helmholtz clouds, aka billow clouds or shear-gravity clouds, and they look like breaking ocean waves. Taking many forms, these clouds can be impressive.

Typically by topography such as mountains causes the “ripples. . The interface between two layers of atmosphere with different temperature / density properties causes the phenomena. A series of waves with crests and troughs are created at the two air masses boundaries. The shapes are random but usually fairly consistent in one way or another.

I swear on a stack of geology books that I didn’t alter this image in the digital darkroom. It’s a totally natural scene. If you look enough at clouds, you see some very odd things :). The hard part is being there with a camera (Rule 1 of Photography).

Title: Who is Watching Who