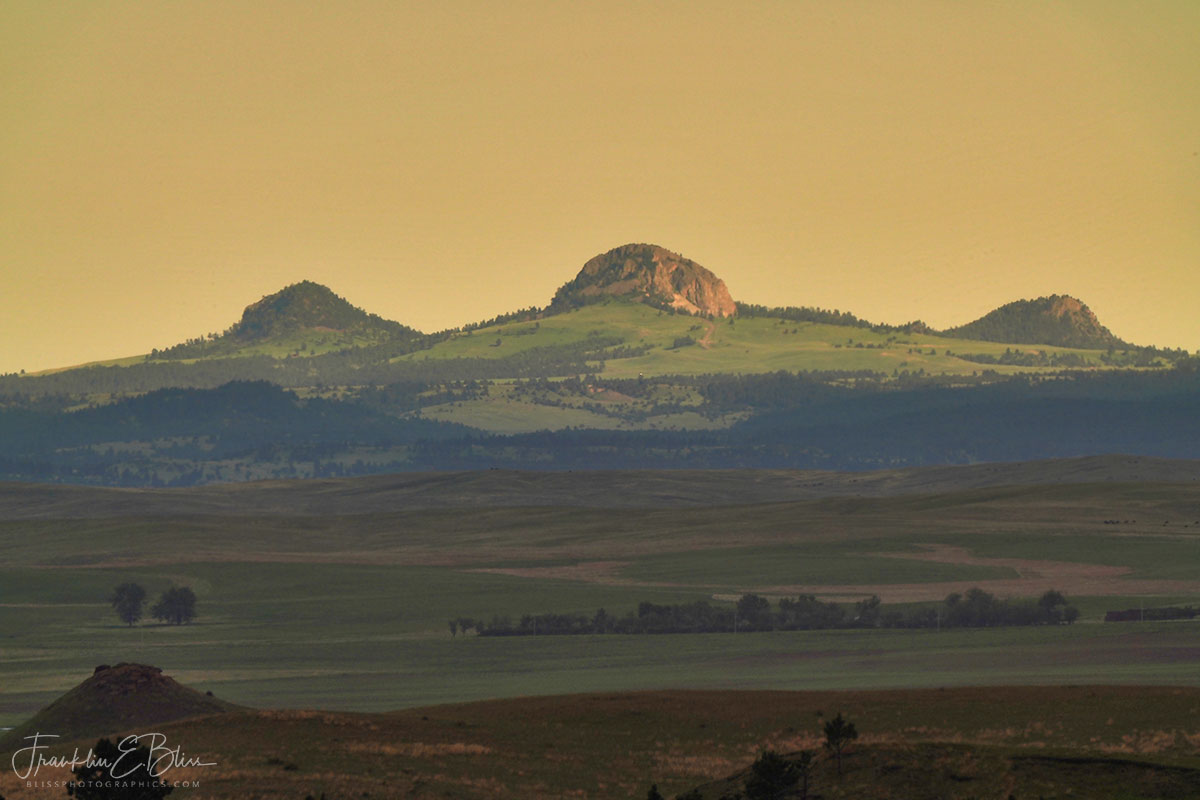 Driving up to the pass on Trail Creek Road to Rockypoint Wyoming, there is a view that tourists don’t get to see. These “little” volcanic “necks” resisting erosion and the ride to the Gulf of Mexico. The express train to the Ocean is always running though the schedule is a the whim of the environment. The sedimentary aprons around them consisting of smaller detrital chunks of the peaks piled up waiting for their ride down river.

Lighting being what it is, I chase it. Sometimes it get’s away from me. Occasionally I don’t have a camera with me (I know, Rule number 1)… If I’m in a vehicle though, I definitely have camera(s) set up for capturing an image. I say that if I can see it, I can photograph it. This looks to be a few miles out from my camera. More like 30 miles distant from my lens. Telephoto lenses crush perspective bringing in distant objects up close and personal.

This was taken during a golden sunset with the background sky being lit up by the color of the ambient light traveling through the atmosphere. The ice there reflecting the sunlight a creme soda colored look over yellow color cast peaks composed of Tertiary Porphyry Igneous rocks. Also known as the “Three Sisters”, these landmarks greeted many a pioneer in covered wagon along the trails to points west.