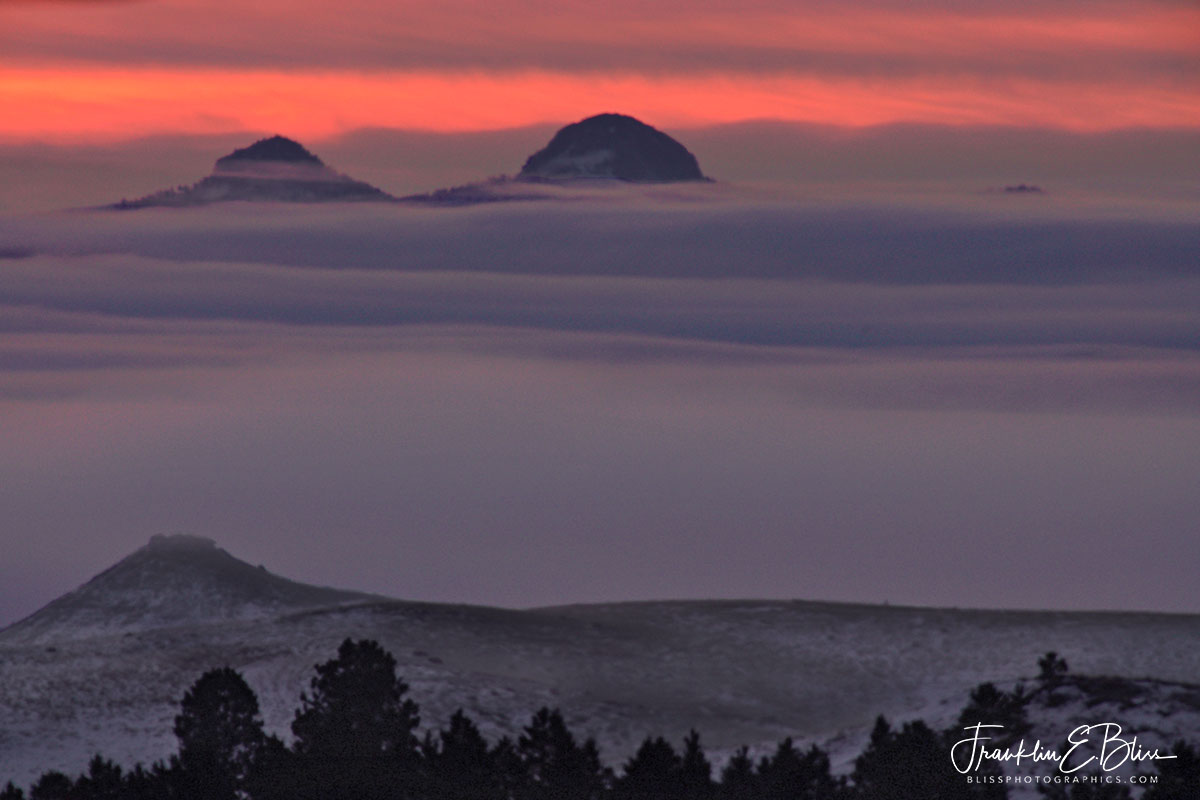 Islands in a Sea of Mist

I set sail early enough under this sea to achieve the vantage point I knew was on the hill. The fog bank moved over my homestead a full hour before sunrise. A window in that cover to the stars gave me a good idea of how thick/tall the bank was. I jumped in my rig driving through this lavender pea soup. Not until I climbed enough ridge to get above they tops of the waves of clouds that were hugging the ground rolling in.

The “Islands” at 30 miles from my lens, were looking back at me. The Missouri Buttes were a big sign post to the wagon trains known to them as the “3 Sisters”. Remember that those 3 hills are all related volcanic necks. Made of hard rock. they stick up above the softer rock the volcanic neck melted through to the surface. Much sediment has been removed around this volcanic pipes now more than a 1000 feet in the air. They used to be miles deep. Everybody known about the Devils Tower (left off frame about 20 miles), but also part of the same “Volcanic neck” complex formed around the same time as the MIssouri Buttes. This is the Non tourist angle from the north east .. Devils tower had more time to cool slowly and the columns formed much better

Title: Islands in a Sea of Mist