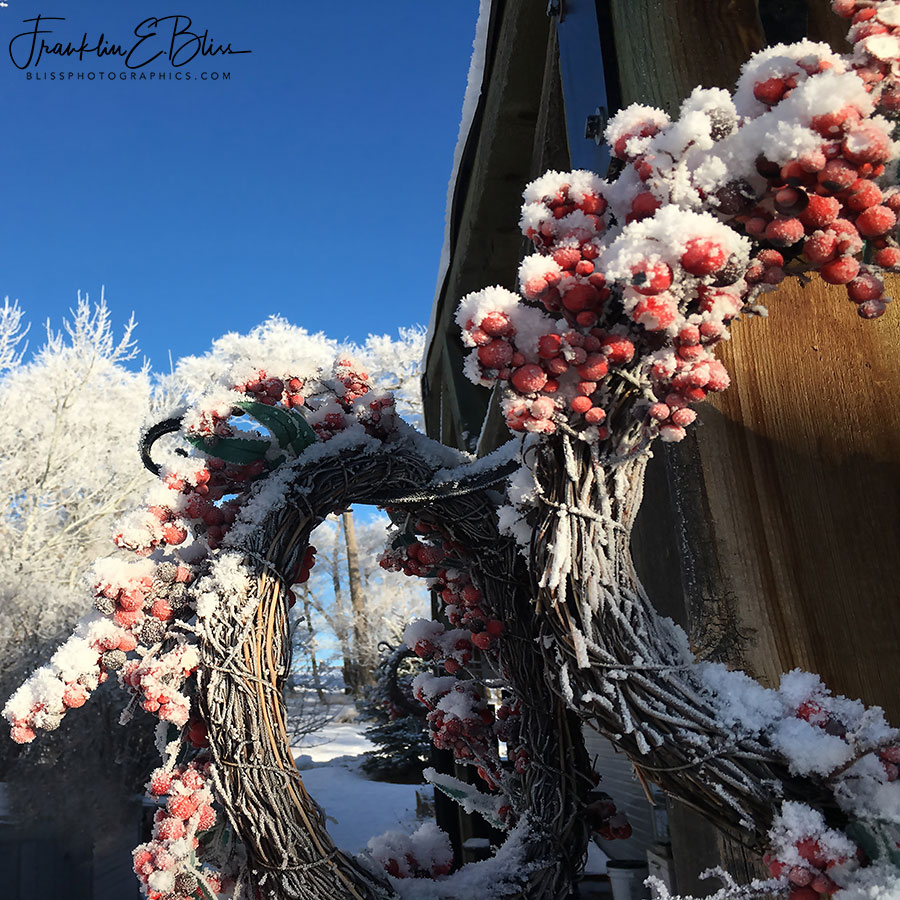 We get some tremendous frosts here in “Little Siberia”. That is the nickname the previous family that lived here passed on to us. When it’s raining in the valleys, we usually have the snow line right around the edge of our ground. Of course mid winter everybody had snow and this year is no exception. There are advantages to living up on a high ridge (views). But living above the snow line is always interesting when weather moves through.

I’m mostly locked out of the backcountry due to snow already in late December. Deeper drifts keep me closer to the house and on the roads. I do occasionally plow a path up on the ridge tops which usually don’t have deep snow. The wind pushes it off the east and southern slopes leaving a path of thinner snow pack at the ridge top. You only have to watch out for Yucca plants which will trap their own drifts which can be huge. I’ve never been stuck back here that I had to dig myself out YET. I’ve been lucky

This has been an exceptional year for moisture in all forms. Normally we only get 14 inches but I’ve counted 20 inches myself this year There is about an inch of water sitting on the ground in the form of snow. We still have a probable last week of December to go. We need a few dozen snows like this to keep up the moisture for next year.