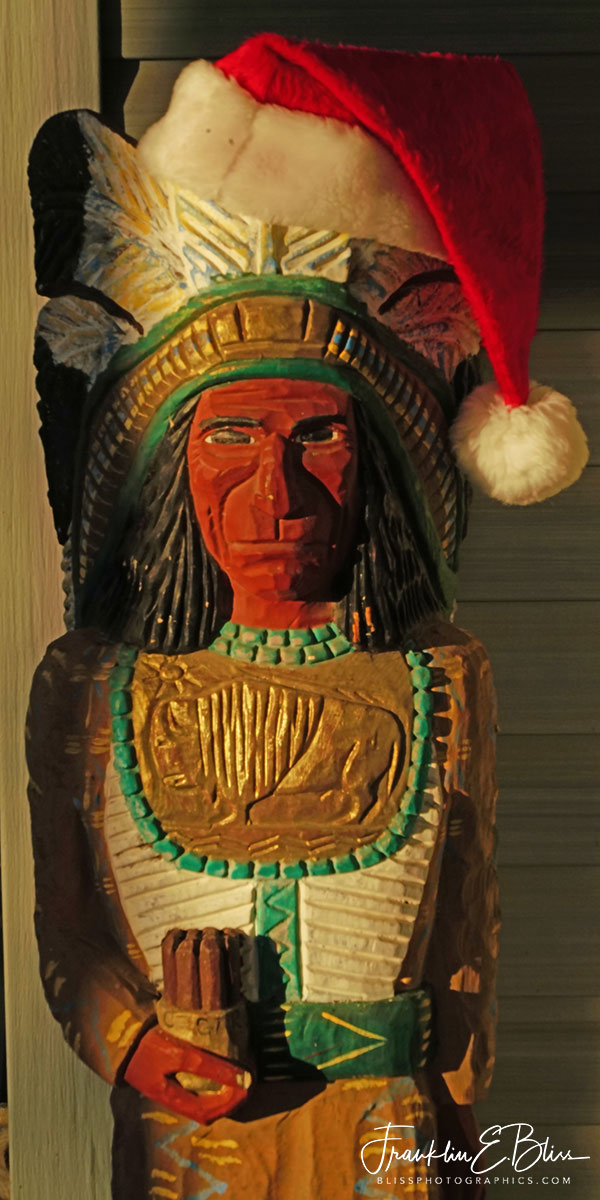 We obtained this Carving in 1993 while living in Jackson Hole. It has been on our porch under roof since then. While he does stay outside. He seems to be celebrating the holiday with the rest of us.

Cigar Store Indians are one of many different kind of carvings of various symbols in front of shops so passersby knew what was sold inside. A carving of a wooden Indian indicated a tobacco store; a red and white striped pole, a barber/dentist, a mortar and pestle indicated an apothecary while three gold balls meant a pawn shop. This tradition was because most of the customers could not read. Thus the symbolism was used instead.

The use of the carved Indians as a symbol in front of a tobacco shop began in England. Way back in the early 1600s as the ships from America began to bring tobacco to Europe. The symbolism of Native Americans became attached to the statues. This is because they were the source of the tobacco supply at that time. By the mid 1600’s, tobacco was growing in popularity. Cigar store Indians gave rise to what became a form of signage that has been used for the 350 years since. Many of the early carvings were made by craftsmen who had never seen a Native American. Those statues were based on drawings or descriptions from those who had visited the new world. The sculptures were sometimes called “Virginians” or “Virginnie men” to clarify what they represented.