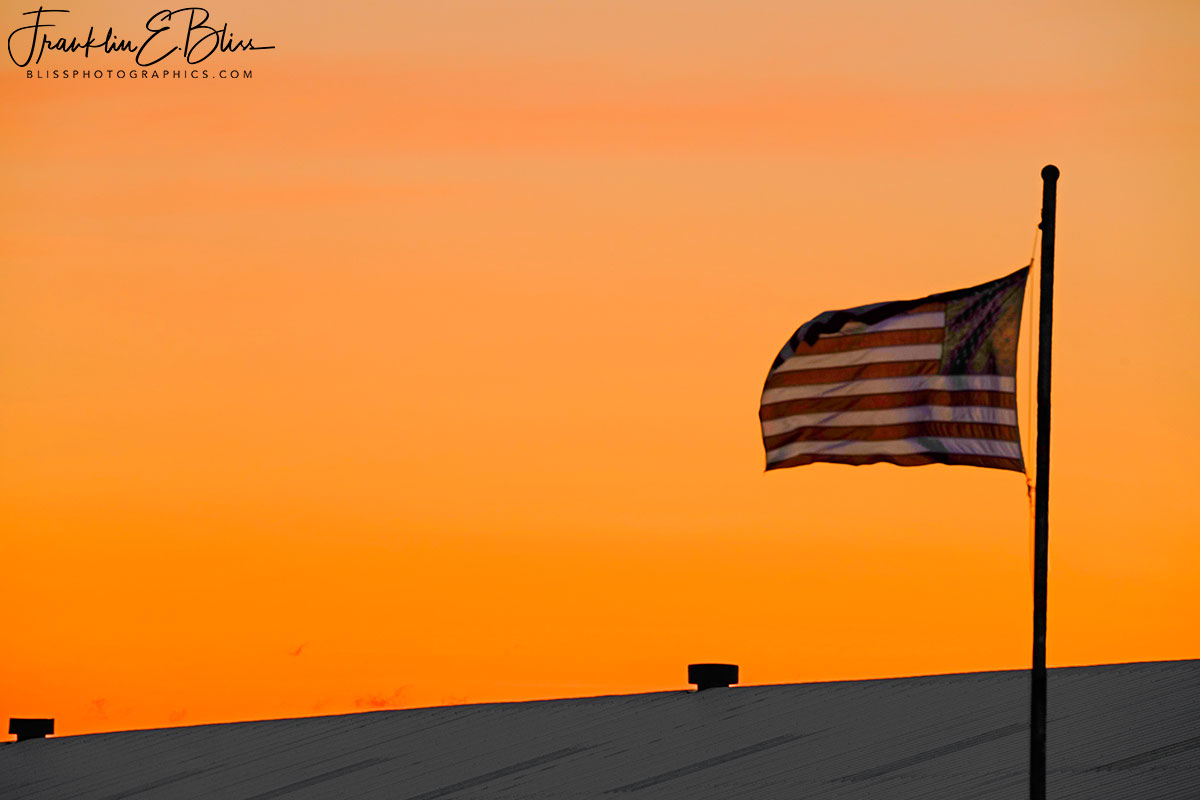 Rarely do I have architectural elements in my images. Under Alpenglow saturated refractive ice filled sky, the football field sized roof sets the stage for this three part drama. We need a little patriotism these days….

Muddled has been the origin of the starts and stripes.. Accounts handed down orally over several generations. Mostly from the descendants of Betsy Ross. Congress onJune 14, 1777 took time from it’s busy schedule. It passed a resolution stating : “the flag of the United States be 13 stripes, alternate red and white”. That “the union be 13 stars, white in a blue field, representing a new constellation.” Still to this day, no one knows who designed the flag. No one know why that particular color combination and pattern were chosen. Rumor is Betsy Ross made the first American flag in 1776.

George Washington personally requested her design the flag. Again, this is hearsay. Obviously nothing is hunting it was it never varies its routine. (bad plan generally) Coming home from a long night out working the light with a box of cameras is always full of adventure. I never know what to expect. Wyoming winds are unpredictable so there is a variable you can’t control. Luckily this was/is not much of a problem that night. It’s generally fairly windy in this country. An 80 dollar 5×8 flag usually last me about 4 months before it get’s “Worn out”. 3×2 aspect to 3 feet.