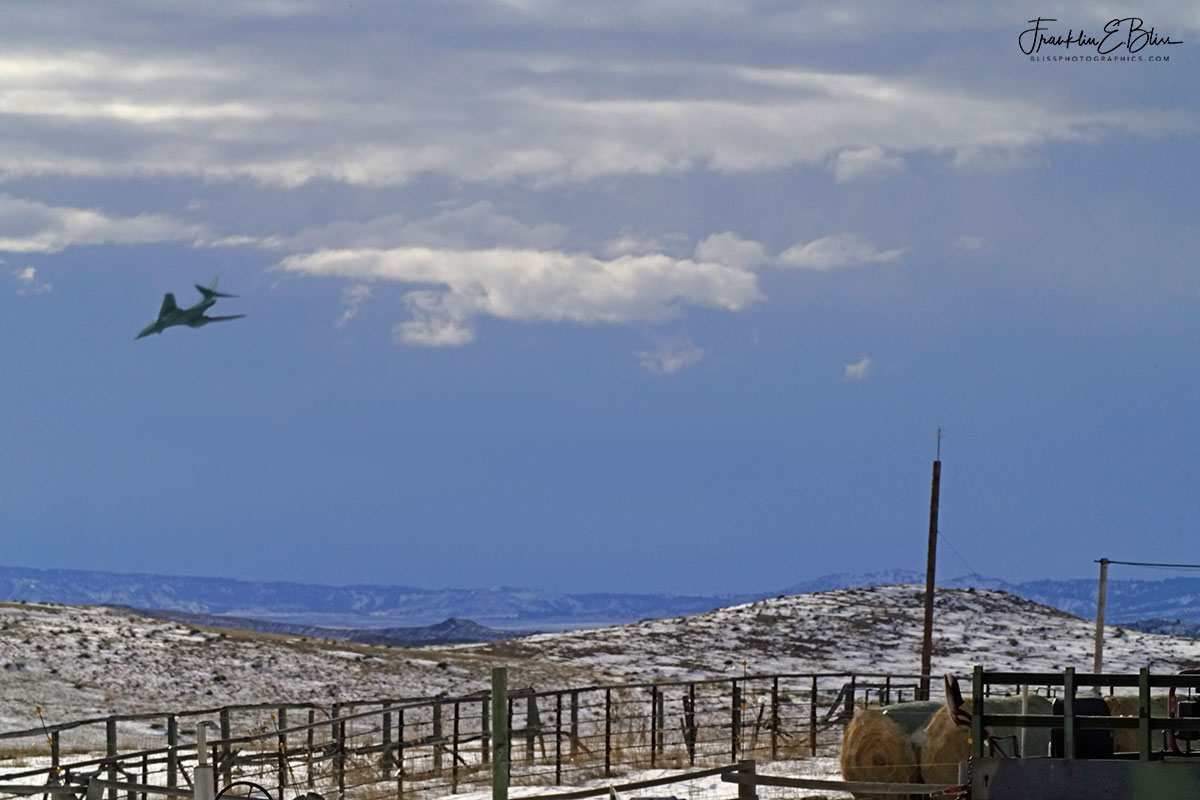 Flying over me here at their common operational speed of 450 knots (518 mph). The wings swept back means he’s got some of the throttle forward. This guy came over the ridge behind us at maybe 500 feet. . I’m thinking it took 5 seconds to go from no indication they were there, to the sound to finally catch up and the plane is virtually past you. So the average encounter is hard, really hard to get. I would invite any of you jockeys riding the tip of the speed to fly over that big white roof on the Montana/Wyoming boers any time you want. (Daytime would be nice). You would not believe the sound of that much power.

We live under the Powder River Flight Training Complex. It’s a huge area of South Dakota, Montana and Wyoming used by the U.S. Airforce to work out their rigs. A couple of times a year I have a close encounter like this. Usually it’s without a long lens camera ready to rock in my hands. 🤔 (Rule one of photography is “Have a camera handy”.

They can of course fly that run at 50 feet. Catching these guys incoming is my goal but that is fairly difficult. I usually at best get them right over head or past me from behind. I’ve had a lot of encounters with the monster pieces of technology.