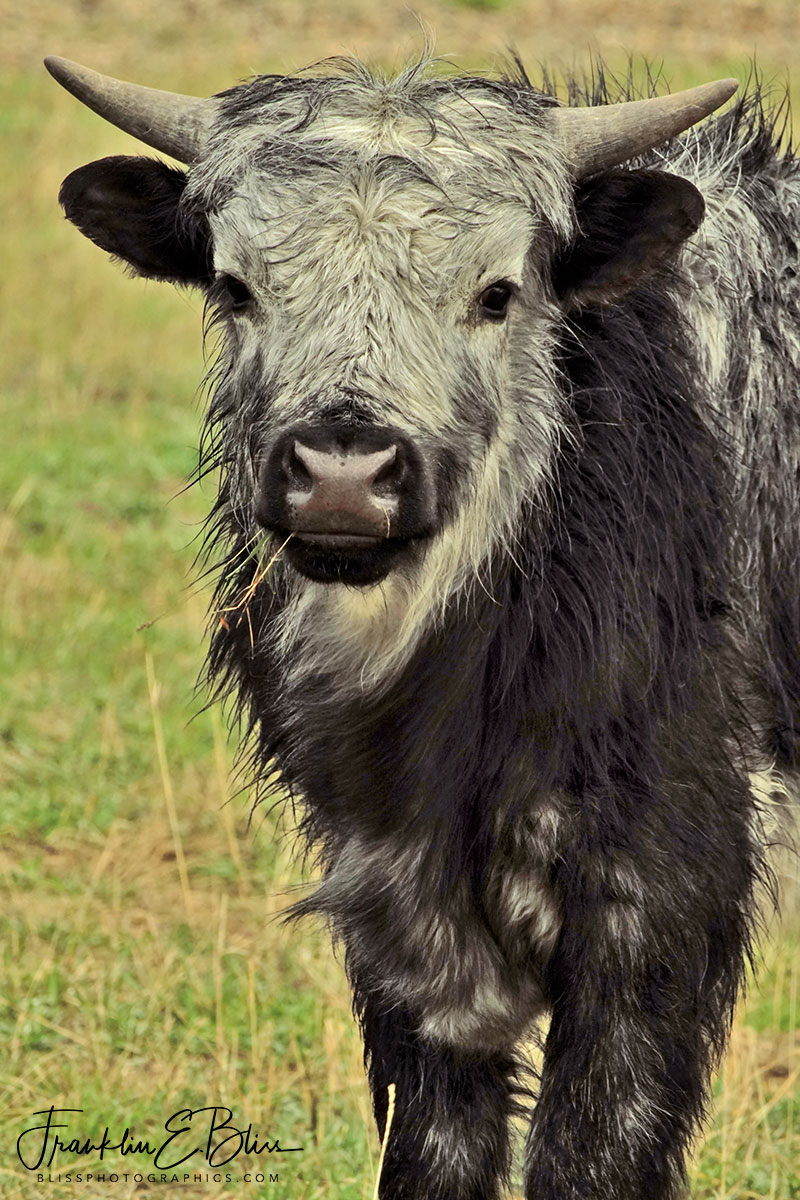 Boy was this young bull a trouble maker. Corriente’s really don’t care too much about fences. He at 1 year of age got a whiff of some angus heifers and managed to spend the night before we got him out of that mess. Waaa Hooo… Barbed wire is no match for these guys motivated. His name is “Salt”. He mother is a short hair version of him colorwise. This is the only long haired Corriente we’ve ever bred.

Roping Cattle is a big local “sport” activity in this region. This young Corriente’ (spanish breed) are really good for practice on a cowboy/girl skill of roping from horseback. These cattle are fast and have shorter horns. It’s easier to get the rope around the horns. But the horns are big enough to have the rope cinch there. Versus angus purebreds, cattle of this breed are ALL athletes. Many ranches have some if they are active cattle operations with real cowboys. The “Sport ” of roping is part of most rodeos/ ranch work. Practical skills used in cattle ranching and the sport of such. Practice makes perfect.

He spent his summer running from horses. Then being roped is usually the end result. . Lopped off were the two items causing his bull issues. So he’s not quite as much of a problem lol. He will be a sporting cow for a year until he get too big or his horns get too long. He’s getting a bit big already.