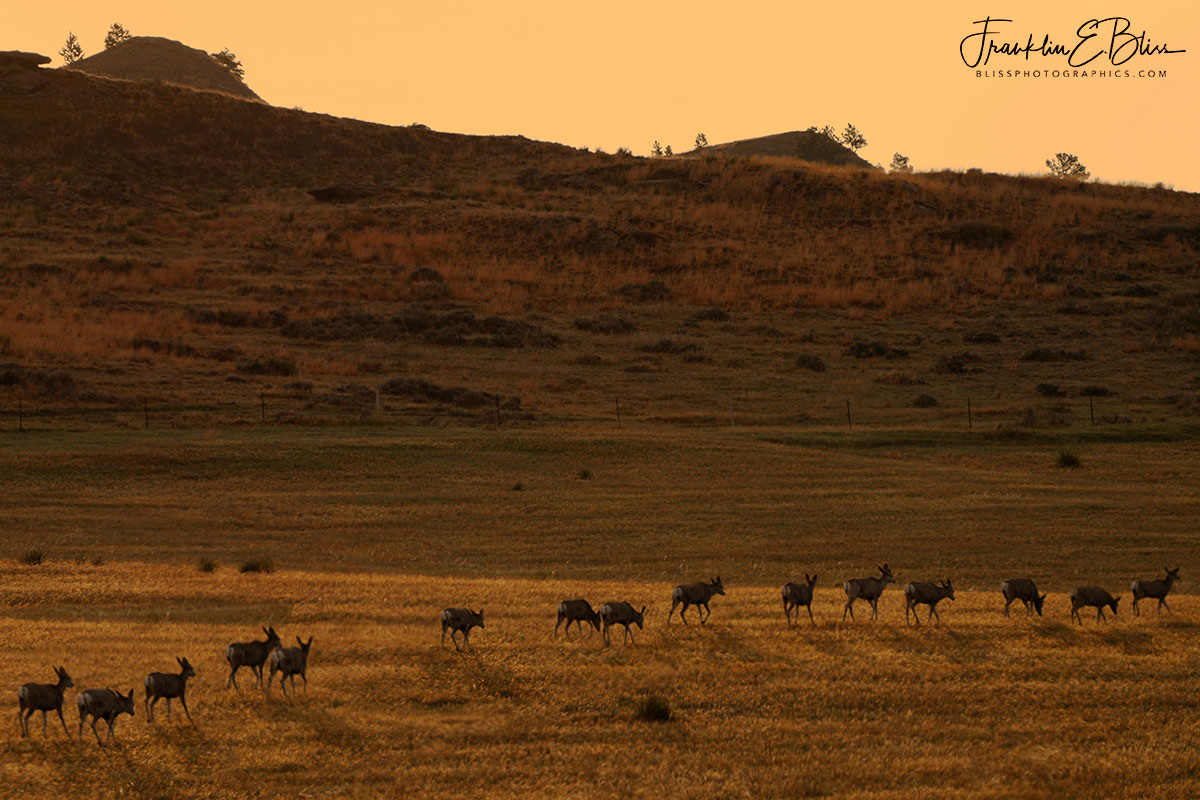 I was following this group for a while. They were not terribly concerned. The herd was moving from grazing pasture to a water tank about a mile distant from where they were feeding. I find they tend not to wander too far from their water. This “gang” is about 1/3rd males, 1/3 pregnant females and 1/3 yearlings. All of the males are just now in velvet with fairly new antler buds coming in. The largest set of antlers in this group is about 4 inches long. Those horns will grow rapidly over the next month or two.

There were a few more stragglers spread out behind the group off frame with 20 total in this group. Only 15 in the frame as my telephoto will only pull back so far. I’m thinking this was 300 yards out as I recall the scene from my position of being left behind by a fenceline I couldn’t cross. The sun had JUST popped over the ridge. The shadows were very long and what stood out more than the deer to me was their shadows. If this were only on snow lolol. (better shadows but I’d sure like the extra water going into a dry year already 😔.)

The Deer herd up in the late fall just after rut through mid spring which is just now happening. Then they break up into smaller groups soon. Finally small groups does with fawns. Boys Clubs of buck only buddies form quickly. Only to regroup again later in the fall again. It’s all a cycle over and over again. I’ve watched this numerous times over the years… Rinse and Repeat.