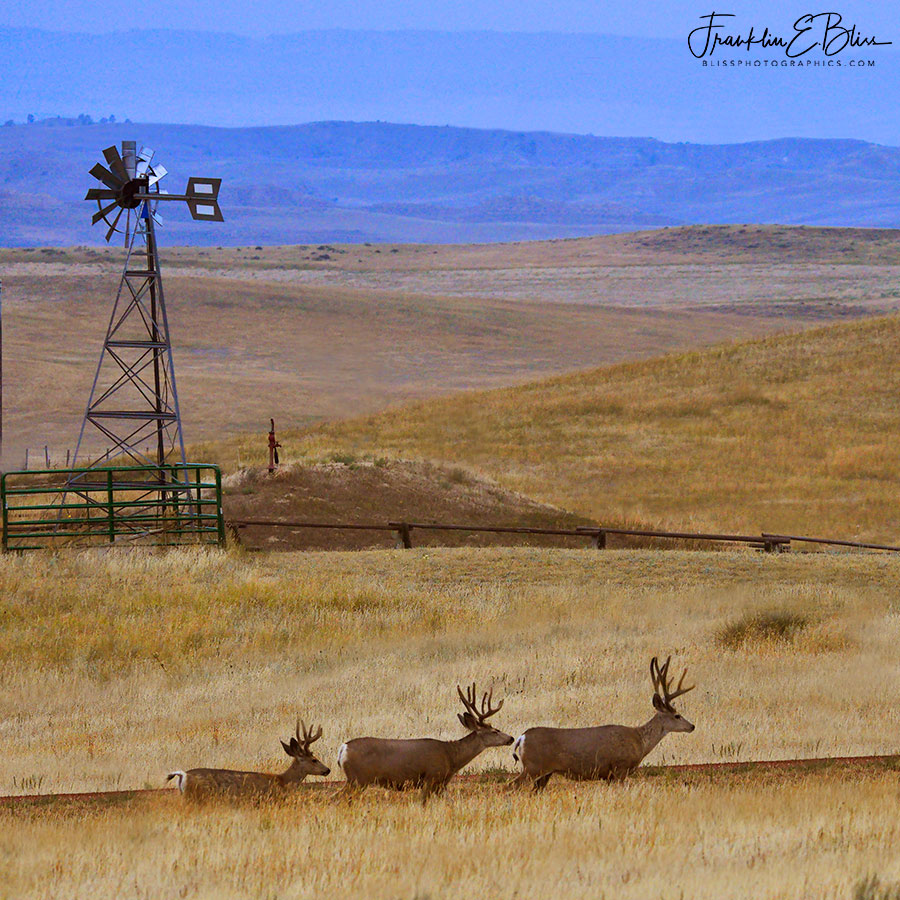 Three Amigos and a Windmill

So many Satire filled narratives apply to this image with so little time/space. I’m thinking several classical themes here. One of Don Quixote in the lead wanting to dual windmills mixed with Goldilocks and the Three Bears. The second theme is the Three Wise Deer” out of the east. Boy I sure could get off on a tangent with that one.🤔😜

As it turns out this little group of bucks are brothers from other mothers. The one on the left is a 2.5 year old, the middle a 3.5 year old and the leader a 4.5 year old. Small, Bigger, Biggest and all that. Doing compositions while deer are moving is a matter of anticipating where they are going to be and get lined up before they get there. These guys were definitely walking/moving along which tends to quicken the timeline and the “pressure” to get the shot. I did have the ability to move a little and I was at least 100 yards out. As a result of my position I had about 20 seconds of moving and shooting to get the composition.

Photographic musings: Automatic Crap… (there are still layers of software in a modern camera your using I point out that run all the time).

I don’t use autofocus at all. Nor do I use any automatic settings on my camera as I’ve found they get in the way more than they help. The Dreaded Manual Mode turned on, the auto functions turned off…. 2 times the battery life at least. Image stabilization while nice in theory, is something I seldom use. It is VERY battery power use intensive particularly with the really big lenses/apertures. It is my suggestion to turn off all that auto crap including that hidden adjustment. Automatic White Balance. (Google This).

Title: Three Amigos and a Windmill