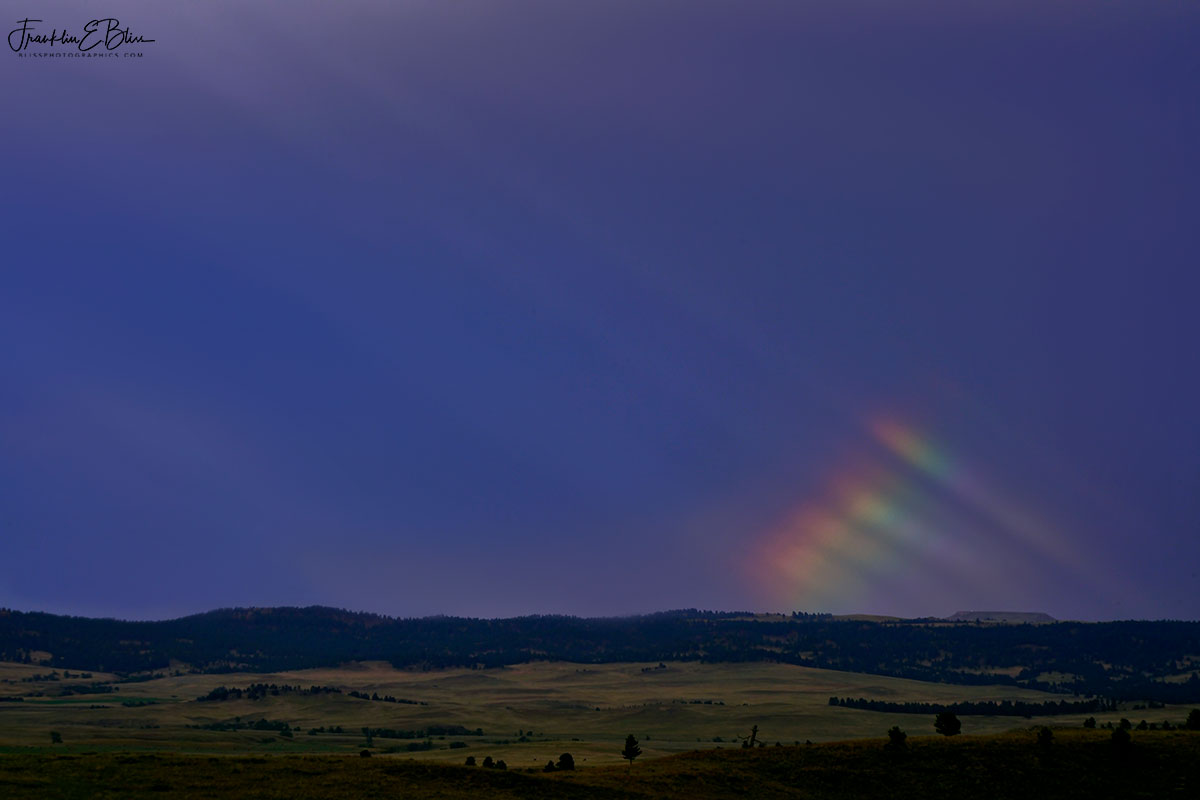 When rain storms move over my homestead, I tend to get out in a vehicle and gain elevation to the ridges That is, assuming it’s not too muddy as I’ hesitate to scuff up my trails. In the warmer months when rain is possible, I’ll jump in my Polaris Ranger Crew UTV to run up the hill just looking for rainbows. I find that the ATV’s have a much lower impact on the native soils than do the pickups but the ATV’s beat me up much worse.

I put 3500 miles on that UTV in one year. doing back country photography. That is equivalent to one and a half times across the country. It definitely beat me up lol. . All of that milage on an ATV was mostly travel within a 20 miles from the Bliss Dinosaur Ranch with 99 percent of that NOT being on county roads. Almost all Two Track. . My old Jeep and now my new Ford F150 Raptor are higher P.S.I on the turf.

SO distinct windows of light are shafting down from the mostly veiled / occluded sun off off frame top left. The rays are lighting up some atmospheric moisture between here and the darker background as well. Of course there has to be cooperation from mother nature here. Shafts of light across a flat lit sky is not terribly common but to have all the rainbow angles line up with those shafts….. IT’s an interesting confluence of events for such a scene. I’ve never seen anything similar to this even spending some time looking at sky.as I do. This all taking place over “W” Butte 30 miles distant from my camera up in Montana. I’m standing in Wyoming.