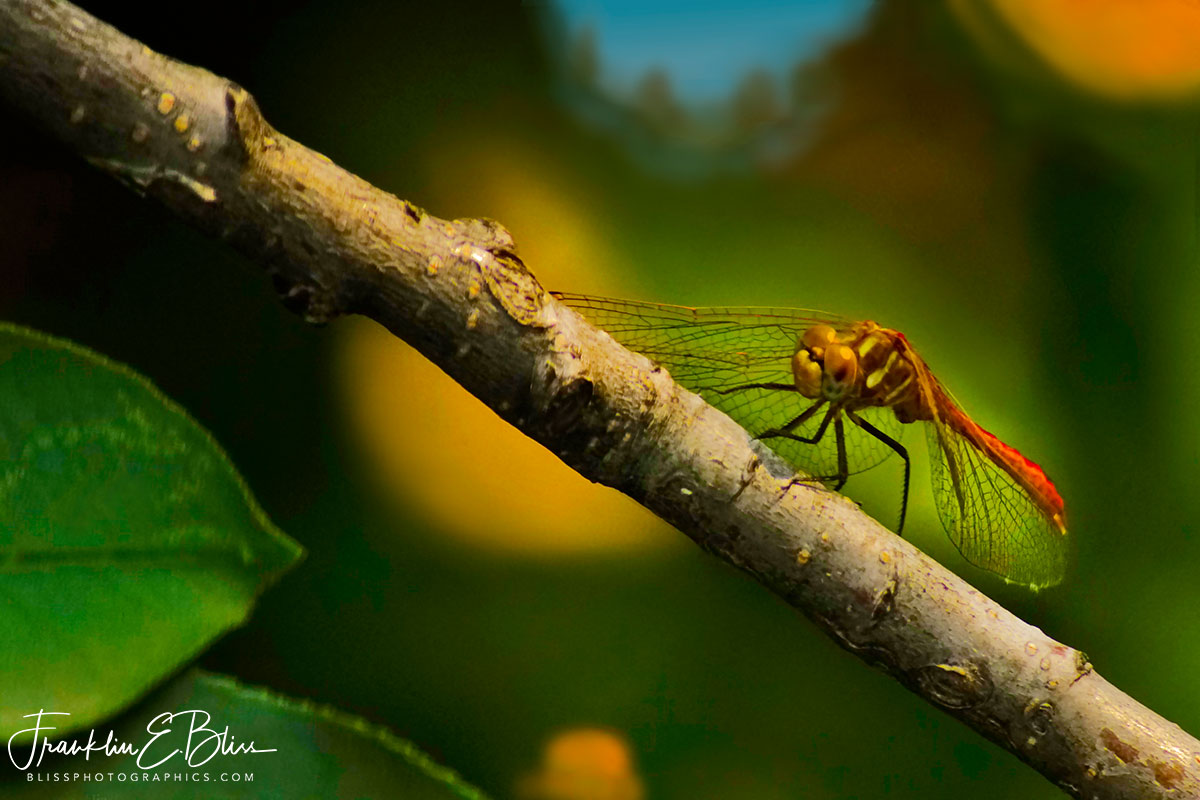 Dragonflies are not always loners like this one. They often group into swarms. Bees and Wasps can sting you, Mosquitos bite you but there is something exceptionally magical about Dragonflies (they don’t bite you). That is of course unless your a mosquito in which case they are your worst nightmare.

Both the larval and adult form actively hunt mosquitos in their various life stages. They are certainly near the top of the local insect predator chain. I’m pretty sure a preying mantis will make a mess of a dragon fly though 🤔.

During the Carboniferous geologic Period 300 million years ago, when coal swamps and high oxygen levels allowed it, Dragonflies grew to massive sizes. With a wingspan of up to 6 feet, they were a force to be reconciled with. They were likely a top level predator of anything they could pick up including small amphibians and proto-reptiles. There were numerous insects for them to feed on of course.

There are currently around 5000 known species, the identification of which I shall leave to a specialist. Their larval stage lasting up to two years is aquatic where they eat about anything that they can in the water. They are amazing fliers putting most helicopters to shame. They only hunt on the fly, but they also mate there. Fly United is their only option. They are the best mosquito control out there. I’ve seen swarms covering large areas down in the ranches wetlands.