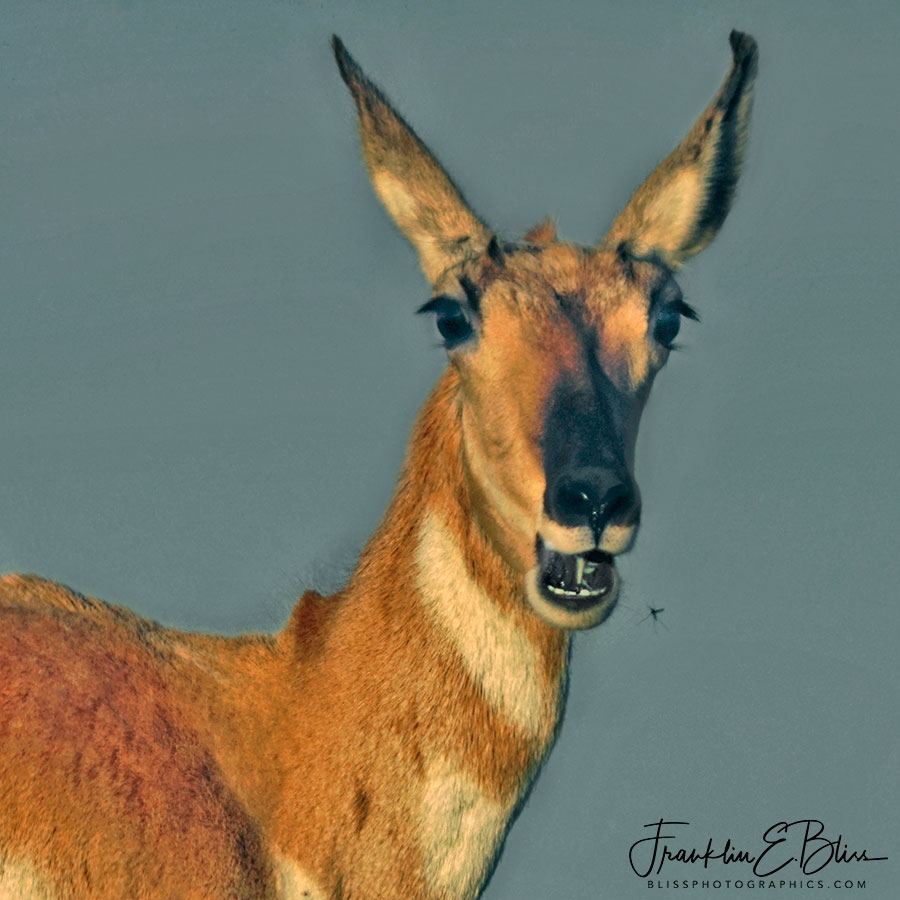 I absolutely identify with this Pronghorn Does attitude here. That Mosquito had just dropped in front of her face as I was watching. The attempt at catching a little extra protein in it’s diet was aggressive. I’m pretty sure she was irritated at it as we all get from now and then. Skitters grow pretty big out in the grasslands but fortunately we have a lot of biologic control in the form of dragon flies in this country. The further away from water you get though those mosquito eating heros of the insect world’s population thins out. The mosquitos don’t seem too in a wet year.

Out there photographic musings:

This is a very long capture literally from a Jeep Window Rested Orion refractor telescope I’ve adapted for terrestrial use. At a full 3 feet long, it is by far is the cheapest way to get very high magnifications. Using astronomic glass for terrestrial work has it’s issues but I’ve used up to 6400mm optics in the field by hand, fixed aperture though. You only have shutter speed and camera sensitivity to play with as far as camera settings. No aperture/f-stop adjustment in telescopes. They are always wide open. Mine has a 110 mm front lens and it is very fast like 3200mm at f20 fast. Fast lenses are lenses with a low f-stop number available. Big open apertures give you lower fstops and a greater ability to collect light. I was at least 100 yards out for this capture.