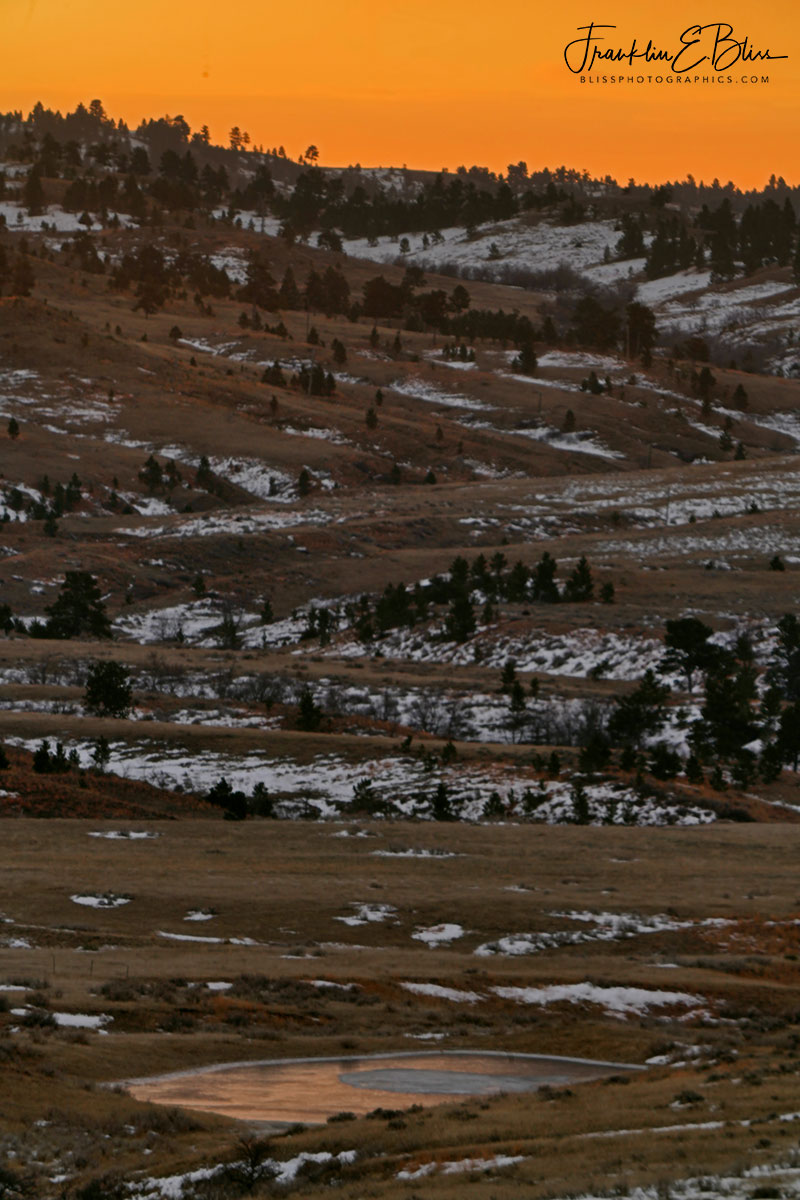 Portrait of an Alpenglow Twilight

Alpenglow with a Zig Zag Landscape Ladder with a reflective ice surface. That pond is filled by the melting snow off that hill.

This is pretty far back into the backcountry on my ranch. I didn’t even know there was a pond in this “Cul-de-sac” until a few years ago when I first found it. It was built in the 1950’s according to the engineers office. It only fills with melt water from about 200 acres of a small portion of this overall drainage system. This is sandstone country with about 500 feet in 10 miles difference between the “Little Powder” river in the valley with the ridge tops here.

I have to climb that far ridge to see the eastern sunrise and you’ve seen many dozens of images up on it. It’s a little harder for me to get to the top in the winter but I’ve done it numerous times. For those of you that keep track of such things, this is just east of ridge one looking at ridge two on the far south end of the ranch. That’s right at 300 feet difference in elevation and about 2000 yards to the ridge top. That takes a while to get there lol. It’s all two track roads over the divide. Then I walk or ride on ridge tops as is interesting with the light. I have an 80 mile view east from that ridge.

Musings on getting out of Dodge:

Knowing when to stop taking photos is a significant skill to acquire as a photographer. Wasting time, battery and disc space is bad JuJu. I know my camera backs pretty well and know instantly when I have the scene in front of me captured. The image rolls around in my head like a melody does for some. Then: It is necessary at that moment to analyze the possible future scenarios of the light unfolding in front of oneself. To predict the future is a skill worth working on. That very attribute leads me to a better area/angle/direction. Working landscapes is all about that. Finding the Frame.

Title: Portrait of an Alpenglow Twilight