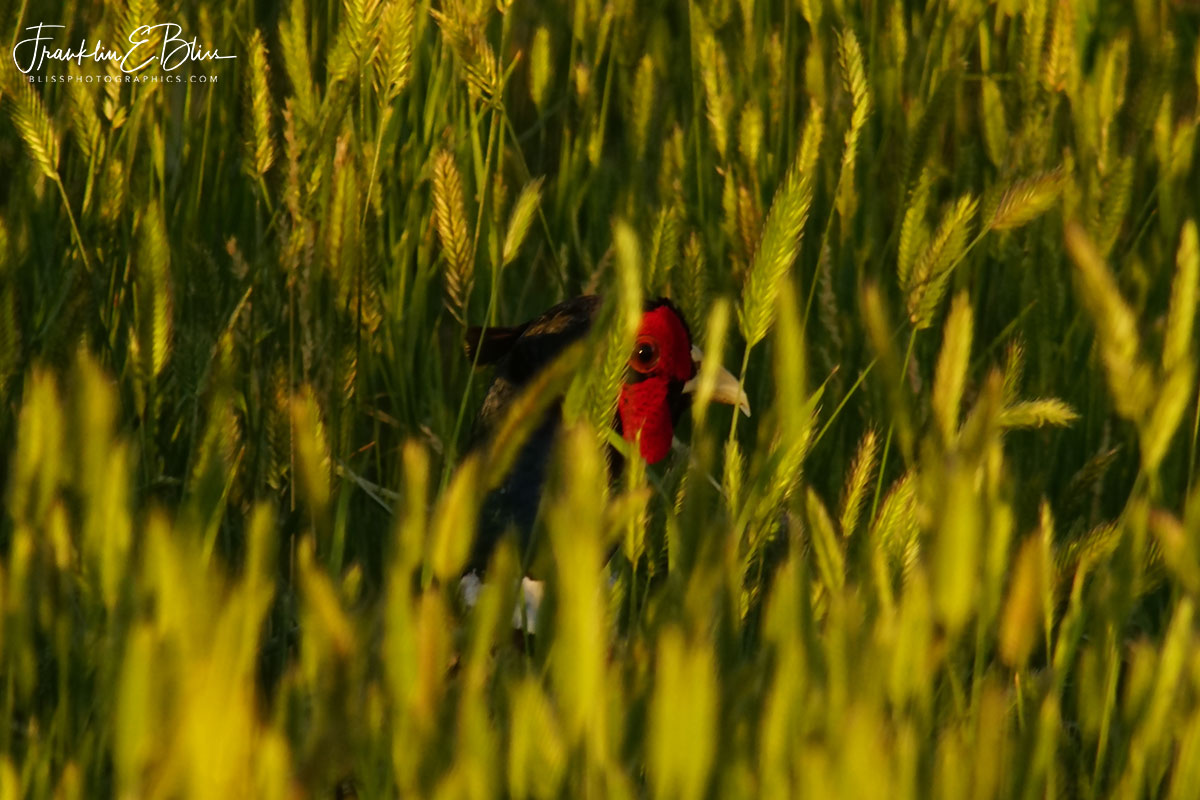 Pheasant in the Grass

The Chinese Ring Neck Pheasant a shy forest bird imported from Asia. It is still well adapted to open prairie. Initially introduced as a game bird in many places across the globe, it has been widely cultivated here in the United States.

I hunted these on hedge rows of Central Illinois as a young child with a .410 shot gun with my dad/uncle who always used 12 guage. I always thought my dad had better shooting skills. Now I realize that the 12 guage has WAY more shot and generally more punch than a .410. Now I know I had a handicap at the time. Kid’s get no respect lolol. Most people don’t want to compete against me now with something like a Ruger Red Label shooting skeet lol. I’m not nearly as proficient as I was in my 40’s and 50’s. Just a little creakier and slower responses these days.

I don’t see them very often up here as I believe this isn’t a wet enough environment for them. They are noted by me around 300 feet lower than my place down at some local lakes. I can count the number of pheasants I’ve seen on my ranch on one hand. I see them once a week down at lower elevations. My place seems to be mostly habituated by Sharp Tailed Grouse and not the imported bird. Too rough for them up here apparently.

TItle: Pheasant in the Grass