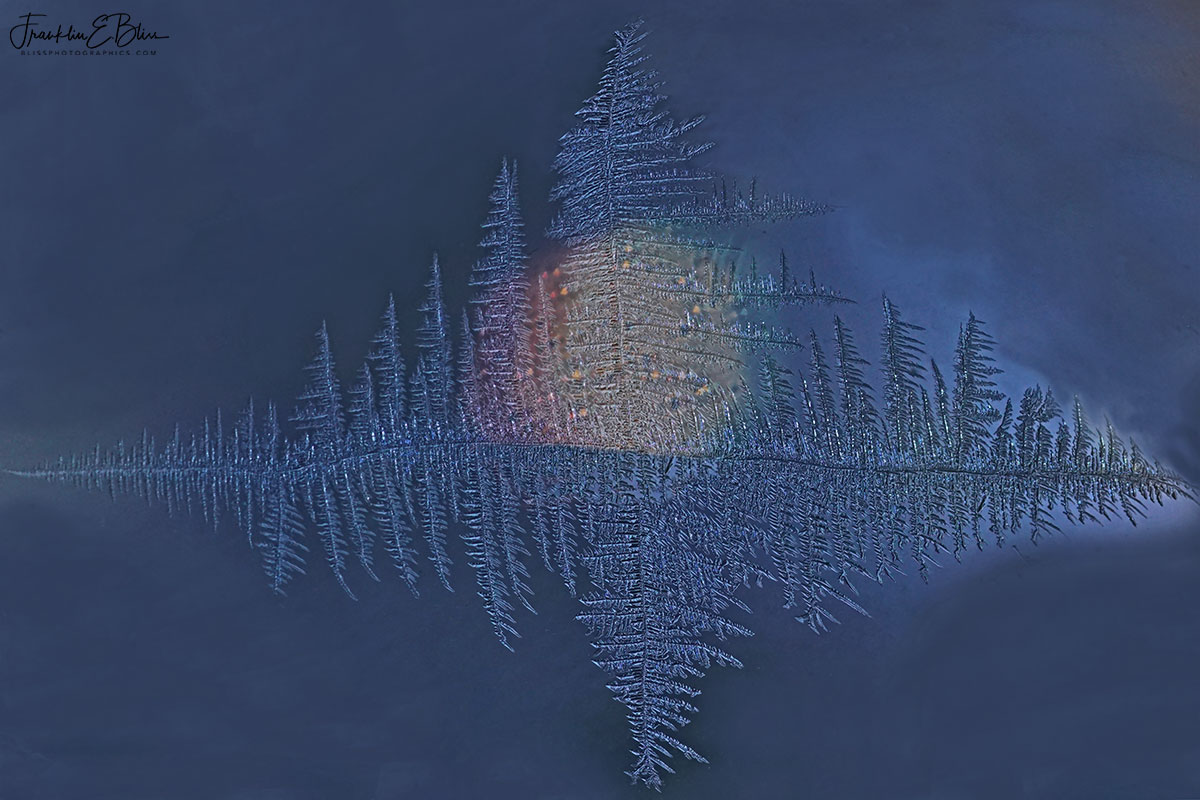 Compositional ART but I did nothing to the image other than clean it up a bit. Oh, and I rotated the image 80 degrees. Originally it was randomly oriented. On the window pane to the artificial horizon created by tilting the camera. This was a pre-dawn window scene on a cool/frosty late April morning with a distant yard light providing the illusionary moon behind the trees. This forest scene is full of fractal frost trees with their “reflection” on a 2 dimensional surface (window pane). The 3 Dimensional perspective was apparent in the lens of this very small portion of a window. This image covers no more than an inch wide area. This hopefully will be the last frost image from this year until October. 🤔📷

There is so much to take images of in the macro world of ultra close focus lenses. Most “Macro” lenses don’t magnify per se. Only considered 1X, their main ability is to focus VERY closely. There are Camera lens macro’s that go up to 5X but you need a LOT of light to make that work. I note that any of the “unusual” Chinese manufactured macro lenses you might want, you might want to get shortly….. Just saying.. 😔

Rarely do I use a tripod in my own house. For this moment, there was very little light for this. To get that light back, several seconds of time exposure eliminates hand held free wheeling with a camera. I use 4 different Macro lenses. Each for different purposes being tools in my kit. This was a Sony/Zeiss 90mm Macro on a Sony Alpha 7RII camera body. Simply shadowed by an LED sidelight for the depth. The bokeh effect on the yard light is prismatic too lol. I noticed the rainbow only in processing the file on the big screen. I usually don’t miss color like that. …. Some diffraction by the ice going on. Seeing the potential of that light then aligning it to the scene was the goal. 😜