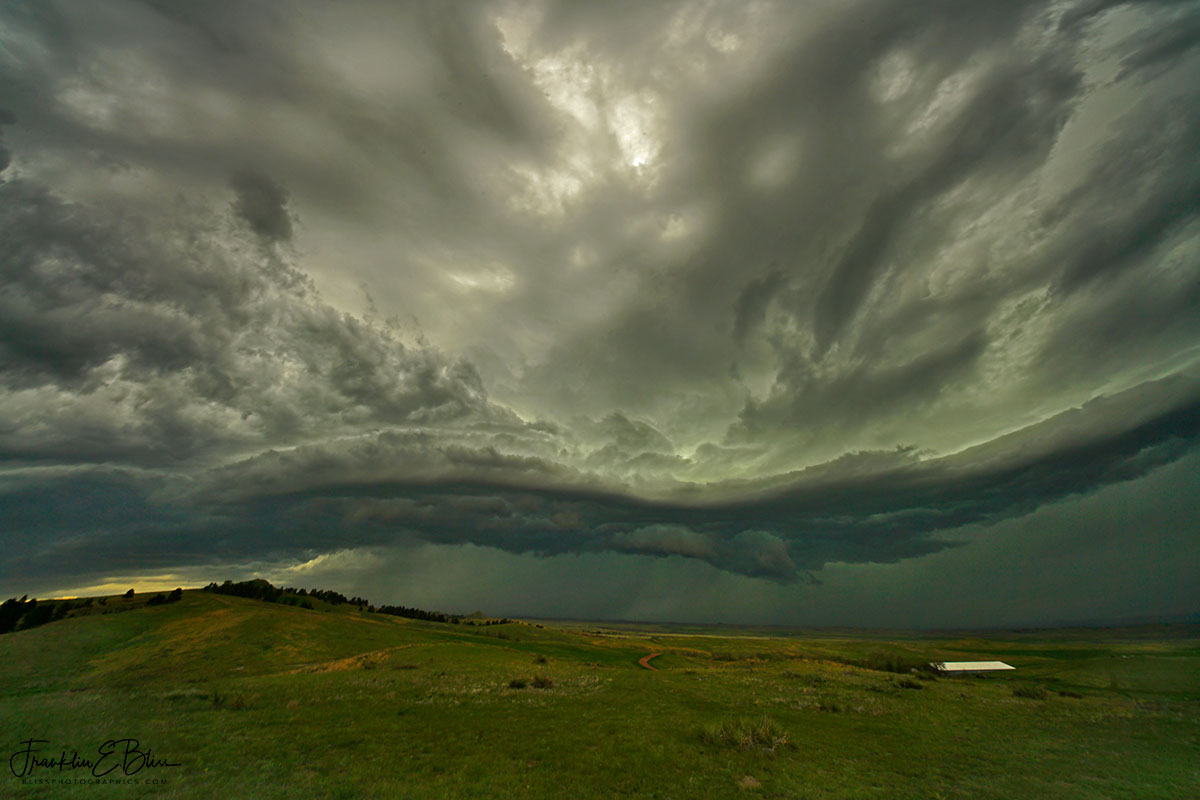 I was watching this monster come in. It was coming right at us. Everybody on ranch had their car under that big white roof a mile distant from my camera. That roof is the size of a regulation foot ball field in it’s entirety. Built in 1964, it was the largest building in Campbell County Wyoming. It’s a pretty tough heavy metal framed building. That roof replaced in 2008. After a hail storm threw baseball sized ice chunks at us. That along with all the other roof tin on the ranch. Definition of “Big pile” of dented metal left over after that repair. I’m still using it for various projects.

I seriously respect hail in this country having seen it crash through car windows many times. I also respect the down drafts from big storms that have shelf clouds stretching 130+ degrees across the horizon. Taken with the widest lens in my tool kit. It’s not a panorama but a 10mm lens. Looking south west (right frame) and east left frame. I couldn’t fit the whole thing in with the gear I had. I don’t have a lens wider than 10mm for full frame Sony cameras. No one makes one.

I thought this storm might produce the golf ball sized hail it was known for from radio warnings. That missed us as it passed fortunately. Rapidly moving, it produced .3 tenths of an inch of sideways rain and 60+ mph winds but from where I stand, they were way higher say near 80. I had a calf shed cartwheel over a fence, a window blew in, two empty 500 gasoline tanks/ stands blew over. Found some things moved “quite a ways” here and there by the blow. I made it into that big shed before it hit but that is where I weathered the storm too lol.