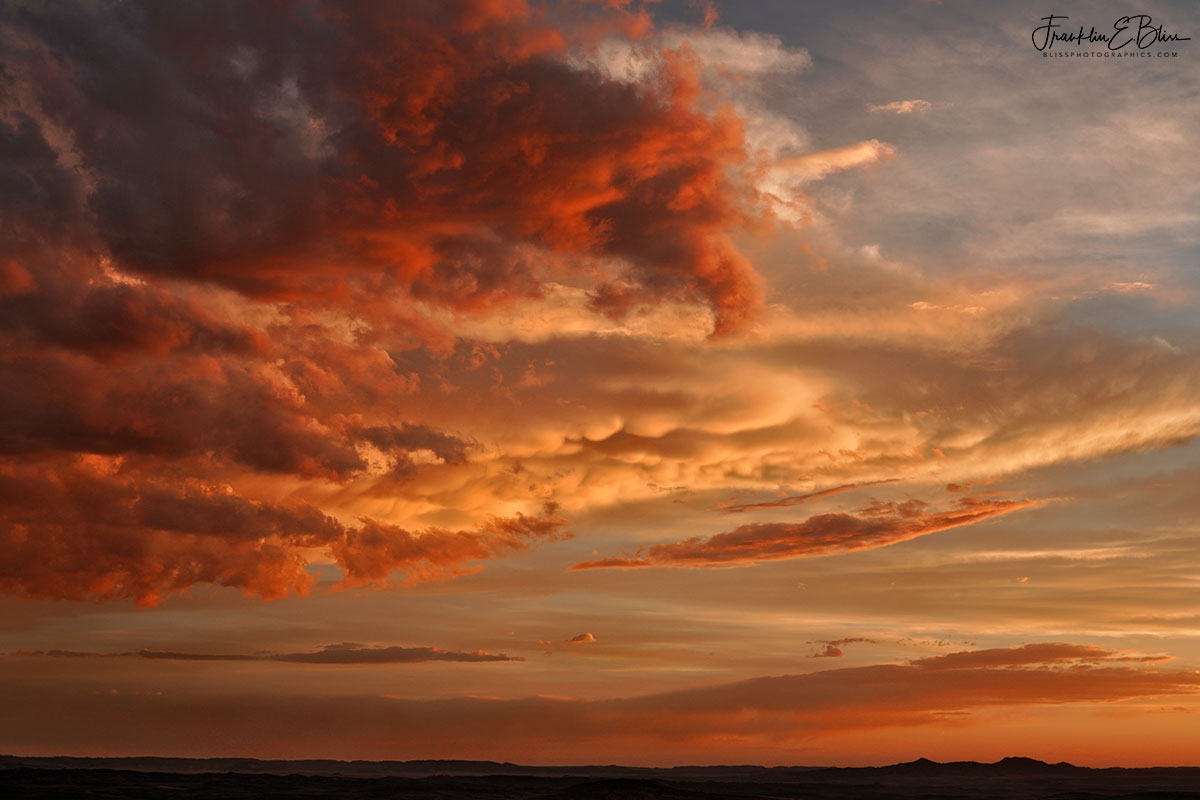 Eagle in the Clouds

A series of storms moved through the area a mid- may afternoon late.. I had been photographing them for several hours with the photosession running well into twilight. Shot the heck out of this… Here the sun has set but the clouds are being lit up by the long traveled red wavelengths. Up high the clouds are white which is the unfettered light that is just skipping off the atmosphere. The crimson had to fight it’s way to reflect off those clouds. IT’s a classic red to white cloud sunset gradient projected on the clouds by our star. The colors generated from path differences of the light. The shorter wavelengths just don’t make it that far so you have red (longer light waves).

At any rate, is that an Eagle? Condor? Turkey Vulture? Any body for a Unicorn?? I suffer horribly from Pareidolia (seeing faces or shapes of familiar objects in clouds). Carl Sagan theorized that hyper-facial perception stems from an evolutionary need to recognize — very quickly — faces. There is an evolutionary advantage to those that can see them quickly and act accordingly. I act by grabbing a camera in manual mode, set the ISO to 325, aperture to F11 and speed 1/100th rested 12 mm lens.

That is a VERY wide angle lens grabbing a big chunk of sky for this wonderfully complex sky production. Captured of the trailing back edge of a much larger Mesocyclone where I was driving around the sun lit side of those storms. The show that evening continued well into twilight with me driving two track roads up in the backcountry to capture it.

Title: Eagle in the Clouds