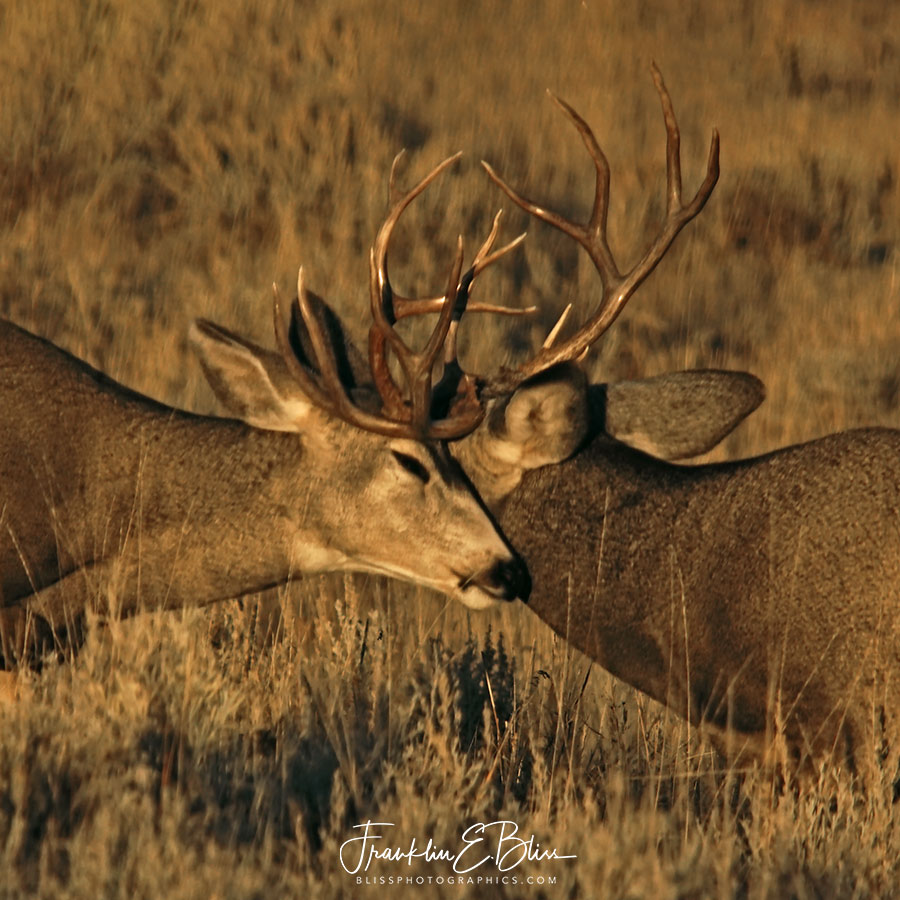 The two hoodlum mule deer were rutting away on a nice warm morning in the late November sun. There is a lot of effort involved in pushing against another high power to weight individual. These two are not monsters but they are serious about what they are doing. There are females gathered nearby with a bigger buck in charge (more or less for that time). Itinerant Bucks come through ranging quite a few miles in their travels.

The male these guys were training for had a nice herd of females numbering 15 or so. I suspect there will be others besides these two clowns trying to take them away. A lot of itinerant bucks walk through and they have a pretty big range which they can cover quickly. Some of those are bigger than these two by far. Ultimately, the bigger necks and musculature wins the fight but antler size WOWS the gals….

I had a buck try to run me down in my backyard one night in November 2012. It’s a long story but both of us walked away relatively unhurt. I definitely came out of it better than the deer did but he survived too lolol. This event was the causation of me getting serious about building a deer resistant fence around our entire compound. I haven’t had a deer eat my flowers for several years. Young trees survive, it’s a miracle cure for deer pressure.