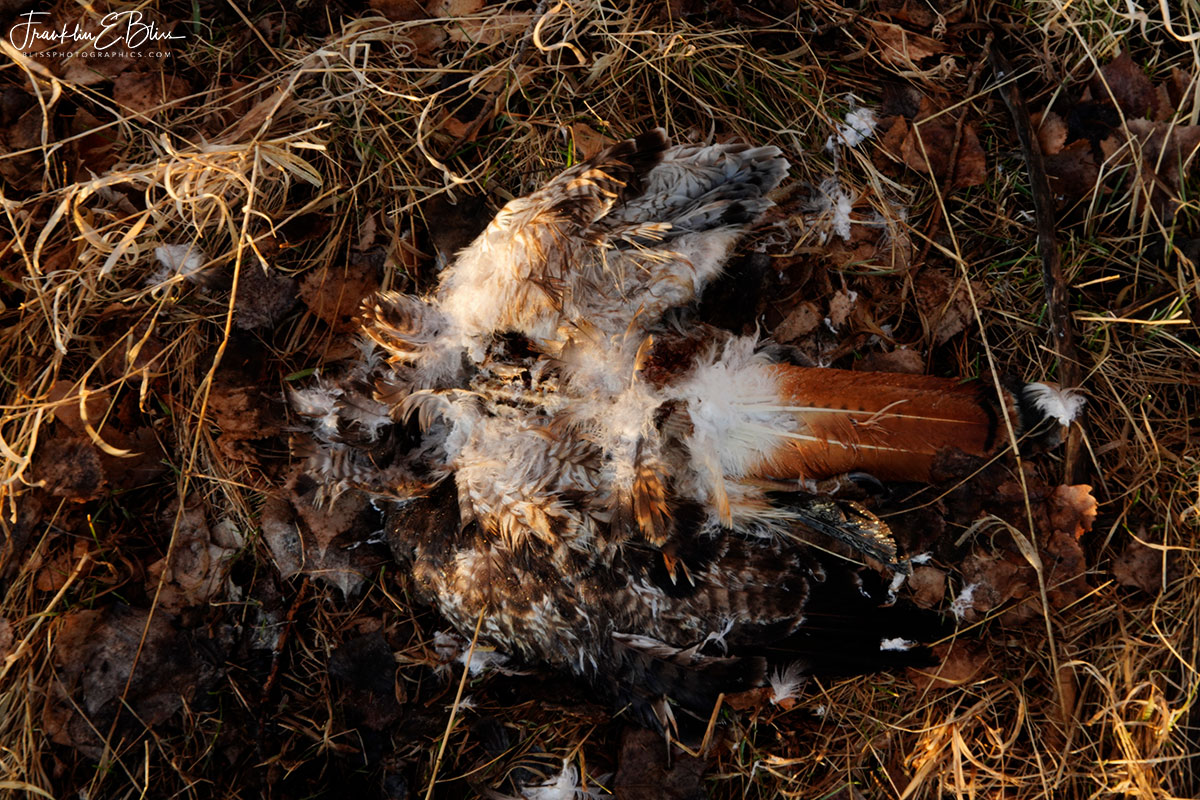 I’ve been watching the Great Blue Herons slowly trickling in from warmer climes. All to set up house up in our wetlands. We really don’t see many of them. We don’t have a lot of lakes up here on the high ridges of the MT/WY borderlands. I was photographing the tree line populated with 6 Heron Nests last year, 3 of them remain. The Herons zipped off from their nest with 3 Red Tails Harassing them. I quickly took advantage of the absence. Drove my portable blind (Ford F150 Raptor all black) under the trees so I could get close and change the “chip” in a trail camera I had planted behind where the birds nested.

Busy with these guys, I photographed an aggressive encounter between a Red Tail Hawk and a full sized Herons about 2 weeks ago. I believe this dead bird is the result. Of course nature is cruel. Red Tails are spunky little raptors and I sure wouldn’t want one harassing me. A big war is ongoing in the Wetlands… I was photographing a Heron flying over the nests. Just then, a Raptor flew into frame right as I rapid fired the camera. Raptor and Heron in the Same frame flying opposite direction. Posts next week it will📸..

I would point out that a Great Blue Heron is 5 feet tall with a 5 foot wingspan weighing in at 5 pound. A 5x5x5 bird is nothing to mess with. I compare Herons with the Dinosaur Coelophysus without the tail and teeth. They are bad a** with those pin pointy beaks. It would be like me at 6 foot 200 pounds taking on Andre the Giant in the ring. Not even fair.

This is the result I believe of a real estate dispute. I actually have a photo of a raptor and a heron in silhouette facing off over who is getting the nest above this body for the night. I think the Herons won this one. Just saying 📸