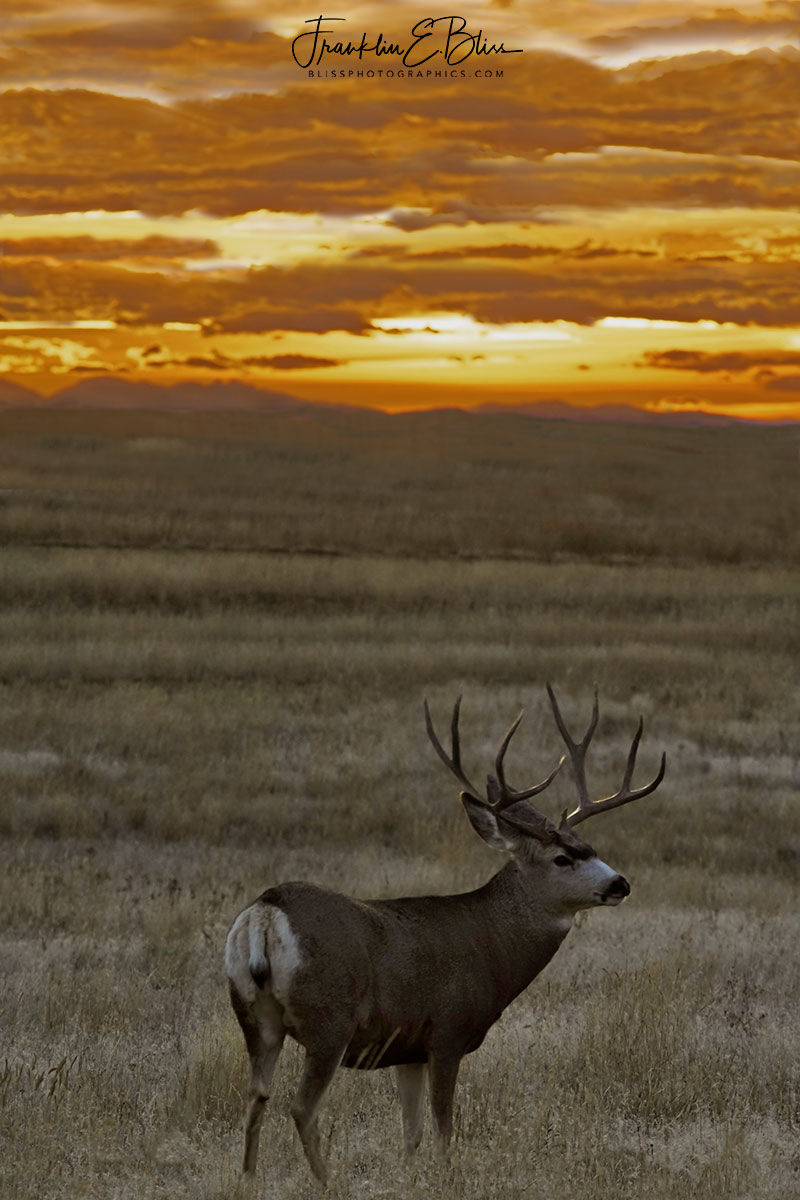 The Big Horn Mountain Chain is one of the largest ranges in Wyoming. Two peaks exceed 13,000 feet in elevation. The far ridge under the twilight sky is a ways out at 130 miles from camera.

Nice buck… it was very low light. To freeze him in space and time, you need at least 1/200th second. It was very dark, you either give up Fstop (depth of focus) or ISO (camera sensitivity) I gave up f-stop and thusly the mountains in the distance are slightly out of focus. Getting a longer depth of focus is what Fstop does along with either letting in more light or taking it away with higher F-stop numbers.

I live and work higher in elevation that most of the ground between here and there. Obviously that is line of sight. That ground in between is called the “Powder River Basin”. Coal from here generates 30 percent of the electricity we use in the country. Wyoming is a HUGE clean coal producing state.

The coal formed there because the WAVE that the mountains and the adjacent basin make. (The earths crust was crushed east/west to make a wave). Erosion wore the much bigger mountains down to where they are today, filling up that basin with alluvial fan carried sediments. Traveling all the way to the edge of my ranch, those alluvial fans covered/filled up that sedimentary basin (think bathtub at the base of the mountains). Lots of swampy conditions in the topographic low area/basin occurred back in the Paleogene to allow coal formation. All the surface geology between my ranch and the mountains is all about things washing off the Big Horn Mountains.