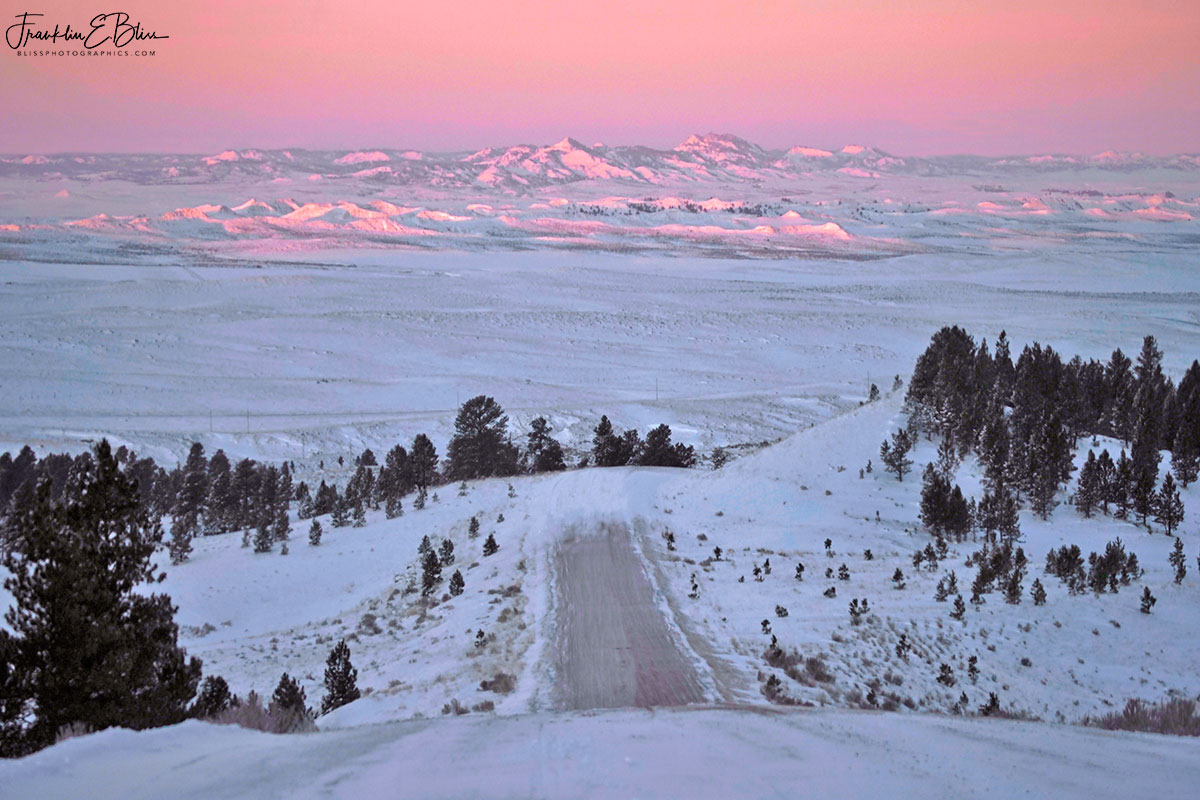 From the top of the pass one can see 45 miles to the higher peaks of the Red Hills. The far ridges high points are right at the same elevations around 4100 – 4200 feet as where I stand. The intervening Little Powder River Drainage starting near Gillette Wyoming runs north into the big drainage in Montana. The water droplets here flow first into Trail Creek then immediately off into the “Little Powder River. This flows into the Powder River then the Yellowstone River, then the Missouri all the way to the Mississippi. All the sand grains that used to be between where I stand and those far peaks have been removed by the above described river system. It took a few days.