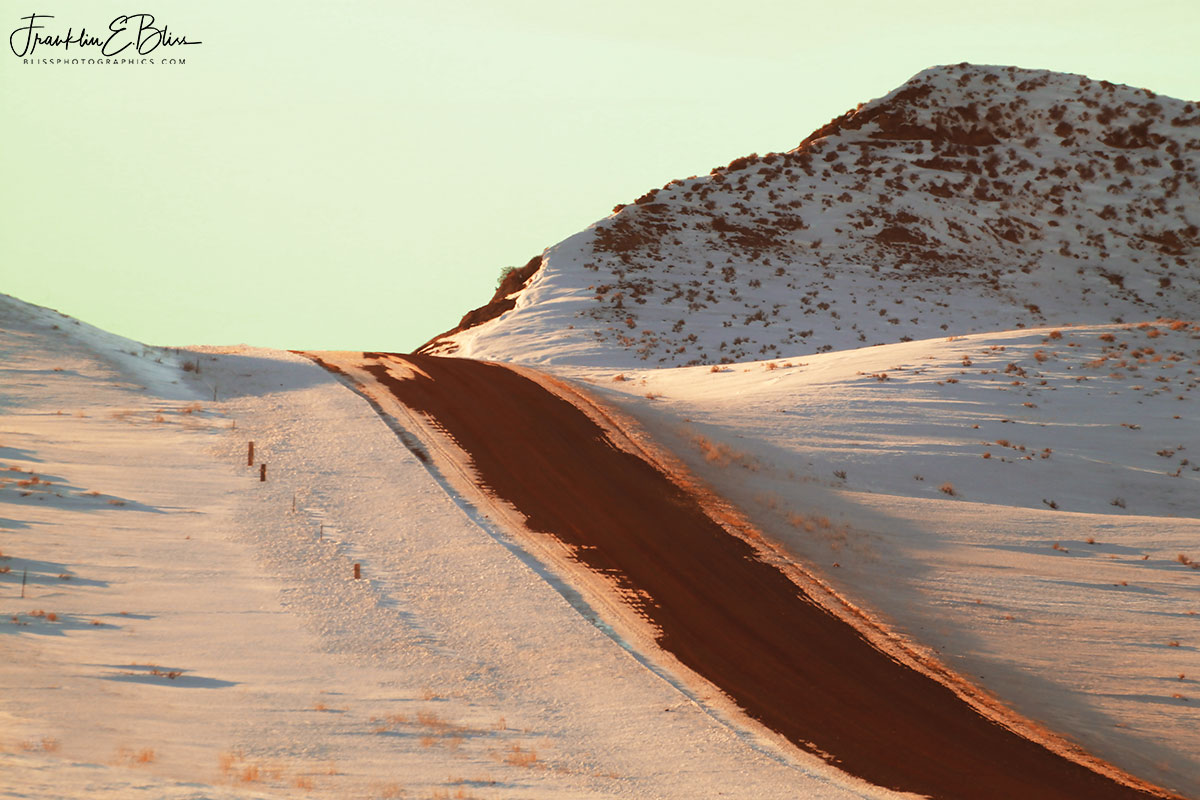 When the Bolide (google this) struck the earth at the End of the Cretaceous, it spread a thin layer of Iridium (an element) rich dust all over the globe. This impact occurred down in Yucatan Mexico. The rocks that make up this ridge/pass are from that moment in time. There the “K/T” iridium layer exists somewhere.

Now what does a geologist/photographer do with a hill like this…. The Bolide) Crashed into the earth, killing the dinosaurs, and many other animal groups on the planet. Huge upheavals in food chains ensued. Major extinctions do that of course and here we are. Our ancestors survived the conflagration. I traced the Rock Formation that is dinosaur bearing (Hell Creek/Lance formations) to end on this hill. The type of rock changes and SOMEWHERE in the photo, is that 4 inch thick layer of debris from that major impact. You can only tell exactly where it is from taking detailed samples up the rock section then running them through a mass spectrometer . One just looks for the Iridium spike (Iridium as an element is common in outer space but rare on earth. The impactor vaporized enriching the surface in that rare element.

The number of fossils and the diversity seems to be slowly declining near the top of the section but I don’t have HARD numbers on this. Don’t discount the pizza oven effect from the Bolides ejecta reentering the atmosphere. Massive tsunami’s hit further south. I’m sure this area got cooked. Later a blast wave plough through at the speed of sound. Anything that wasn’t under water, in a burrow or somehow hidden was killed outright on this hemisphere. The climates changed markedly and initiated a failure of major populations of animals to successfully reproduce. Ultimately it’s the inability to reproduce that causes extinction. No matter what the cause.