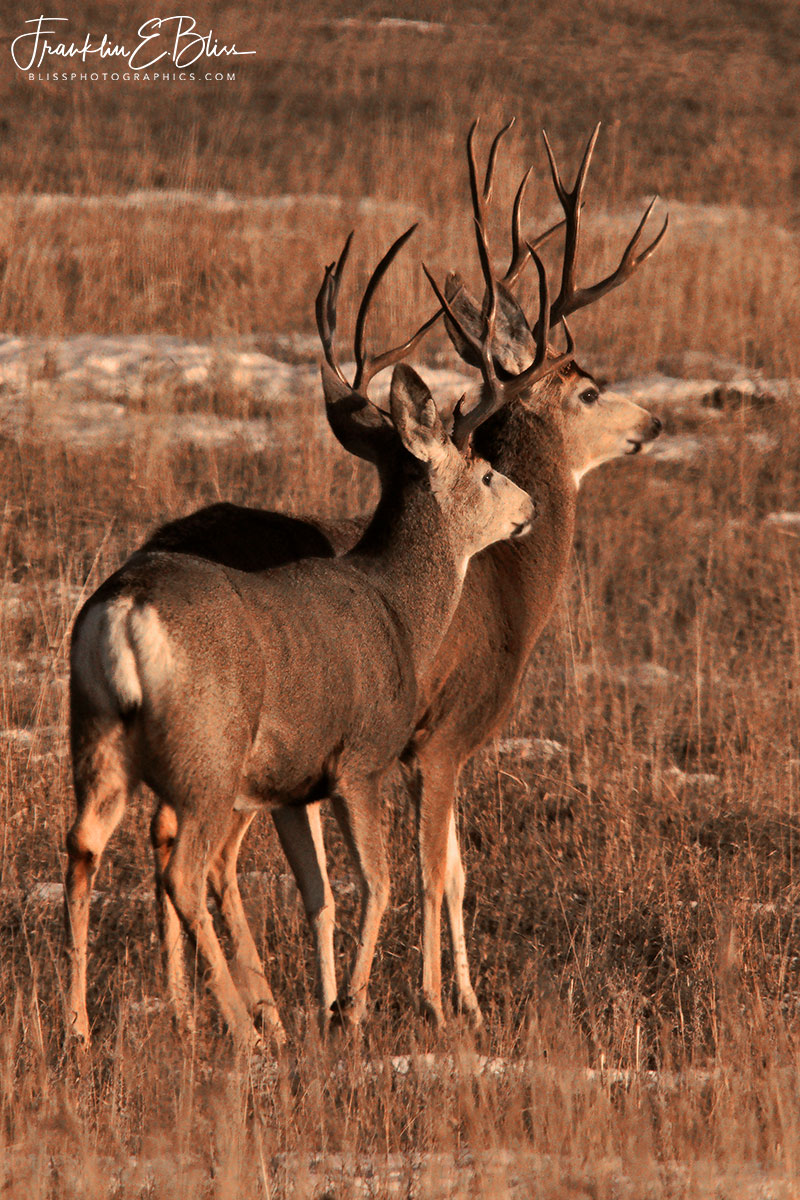 I’ve seen these two Mule Deer bucks many times before here in Wyotana. Thick as thieves these two are. Just the two of them for now. A little boys club. They might be brothers. I don’t know because it’s pretty hard without tagging figuring out that first year of growth

Biologists say that these young Bucks necks swell up much larger than this capture close to rut. Hormones take over adding muscle. Taken earlier this fall, this image still has them smaller than I’d like to see (and the does too) 😜. Those neck will swell up to 50 percent larger of a circumference soonadding more muscle mass for use during the upcoming rut. (Late Nov/Early Dec) The Rut which is the annual fight to breed. They live in a world of scents and hormones floating in the air from the does in the group.

I have followed these two around for several years. These 4.5 year olds have known me since the beginning by seeing me out on the ranch land taking photos of their childhood and parents. Now they are starting to really accept me as a another grazing animal. I slowly over time carefully approach deer. They are aware of my vehicles and how I approach. The “trick” is that I drive like I’m grazing stopping and stopping. No hurry. Might take me 1/2 an hour to get up this close. I’ve actually worked inside of deer herd boundaries before. Make no mistake these are wild deer.

I didn’t get a chance to intermingle into the herds this year for what ever reason. Everything has to line up just so for a good day of grazing with the Mule Deer. I will see what they do to my new truck that is supposed to be here two weeks before this posts. Running late.