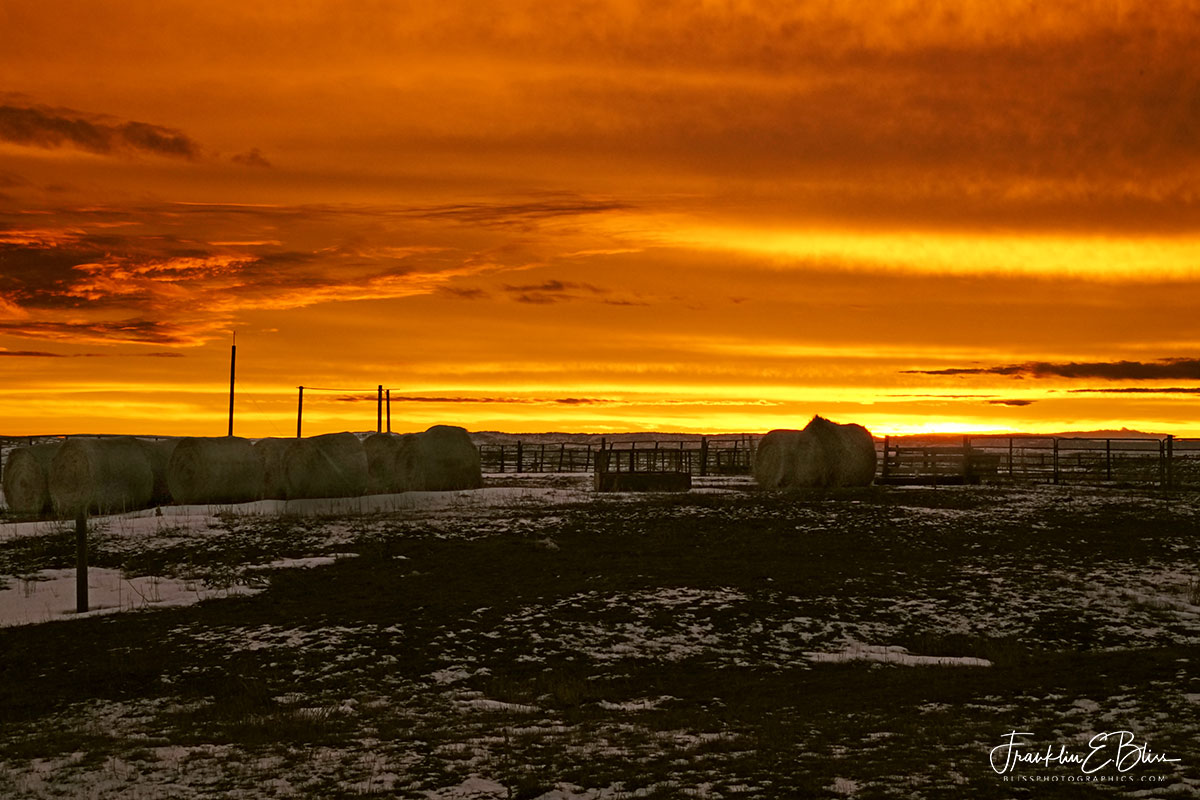 Twilight Across the Corral

Ranchers work hard in the summer often cutting several square mile fields of grass. The result is to gather these 1200 pound Bales into piles. “Hay stacks” literally or more precisely, Stacked Round Bales. This corral is secure keeping cattle away from the feast until I wish them to have it. I’ve seen some fairy prodigious heaps of grass before. Large Tractors with grapple buckets pile these three high. Green Grass now…. What remains is going to be garden top mulch this year…. Nice Twilight color cast in this deeply involved sky..

When the first settlers broke ground here, they stayed in tents for the first three years before they built a house in 1911. This corral wasn’t even a dream at that time. In 1964 a HUGE building project brought upon by an oil discovery deep under the dinosaur fossils I find on the surface here. Part of that project was to bulldoze a 10 acre corral system into the side of a hill. At one time, this was part of a very uneven surface. Heavy Equipment made short work of that though at a price.

That project of clearing ground for this pad started. Included was this corral system adjacent to a foot ball field sized roping barn. This Corral/ Pad ended up roughly level. Literally notched into a big hill . The rocks and sediment bulldozed from the hill as a road cut on a highway. This “dirt” distributed around was old river sands so the drainage is pretty good now… This eliminated the original/natural contours and flattening out the “pad”. I understand that work alone cost 50,000 dollars to move all that dirt.

You can tell how successful a ranch is by it’s barns, not by the house on it. 😜😜

Title: Twilight Across the Corral