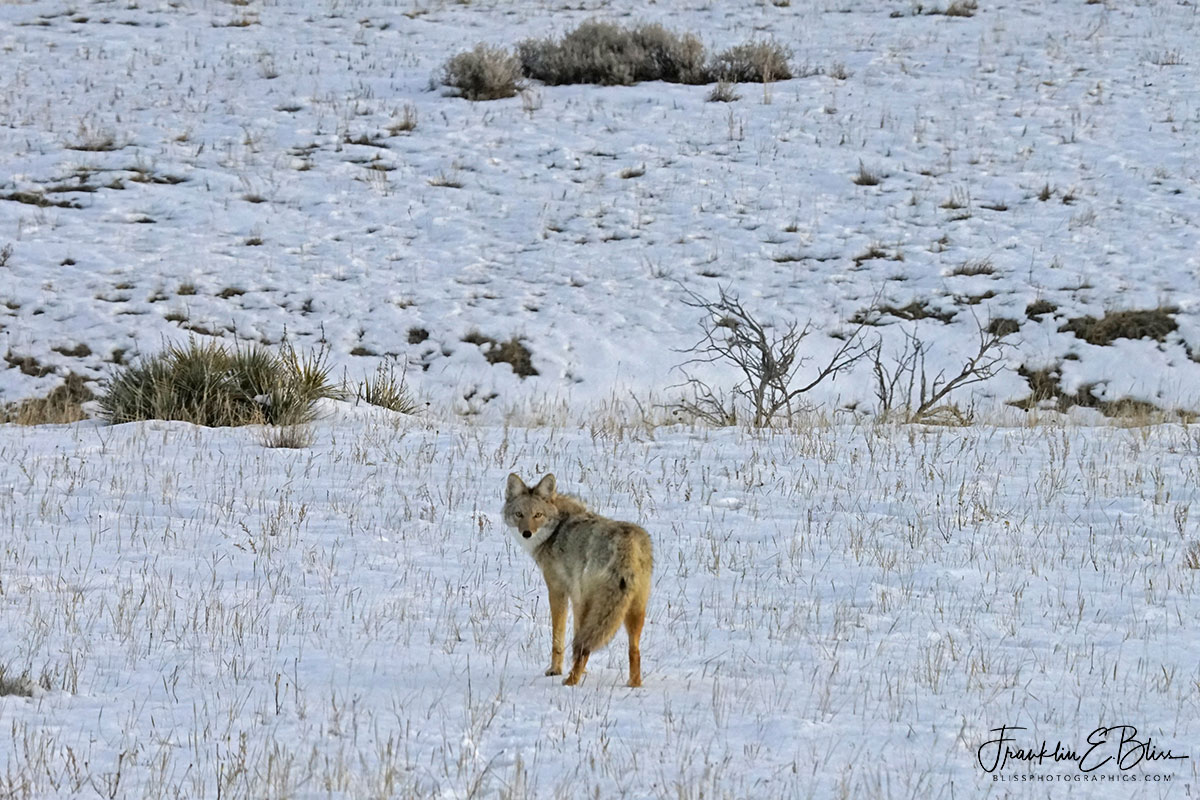 Here Wiley Coyote’s cousin Willey takes a second to look back just to make sure that was a camera lens I was pointing at him. I have years of long range shooting precision rifles under my belt. I’ve been shooting guns a lot longer than I’ve been shooting with cameras lolol. As a ranch owner, I share the general irritation at seeing a coyote hanging around my ground (or anybody elses). A lot of livestock has been killed by coyotes.

I think on an intellectual level, they generally get a bad rap as mostly they eat mice and voles. They will occasionally eat the face off calves while they are being born. Lambs are a favorite snack. Road Runners are too hard to find around here except the local grade school who’s sports team goes by that moniker. So what I’m saying is, this guy is lucky that last look back wasn’t his actual last look back. It’s pretty hard to get a rifle into play after using a long lensed camera. It think the camera+lens is longer…. It might be a consideration that it’s illegal to shoot from a country road except with the camera. Also shooting a suppressed rifle from a county road would be a federal crime since any criminal act committed with a National Firearms Act registered device (like a suppressor/silencer) becomes a federal felony instantly. Needless to say, this guy walked away. It’s all in the details folks…. 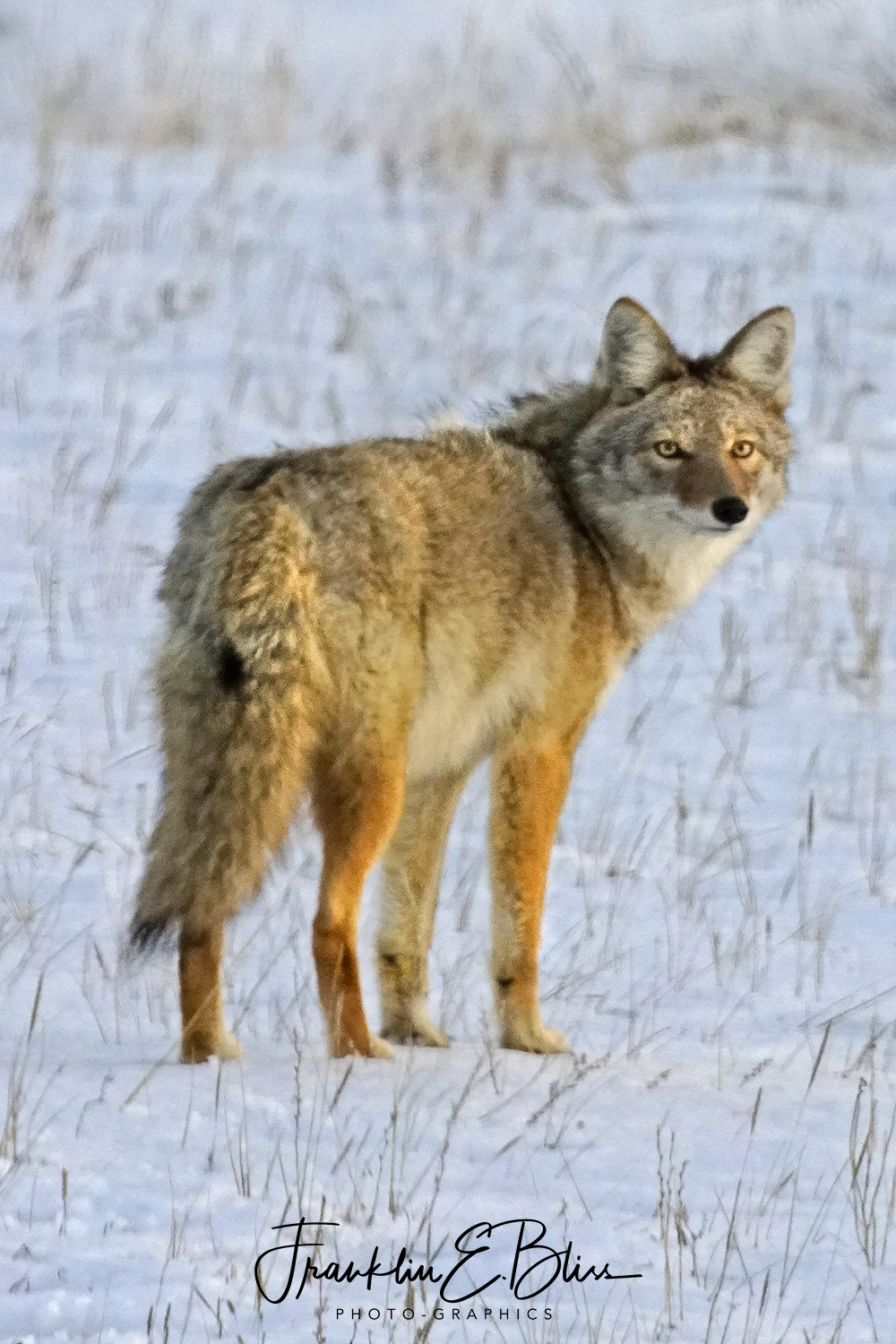 When Coyotes are Looking Back, it is literally, usually their last look if your a rancher. (I’m a rancher sort of) Fortunately for this guy, I had a Sony Alpha in my hand and not a custom rifle I know very well. THis would have been a chip shot but I let it continue on it’s way……. (I could be lynched locally) shhhhh…