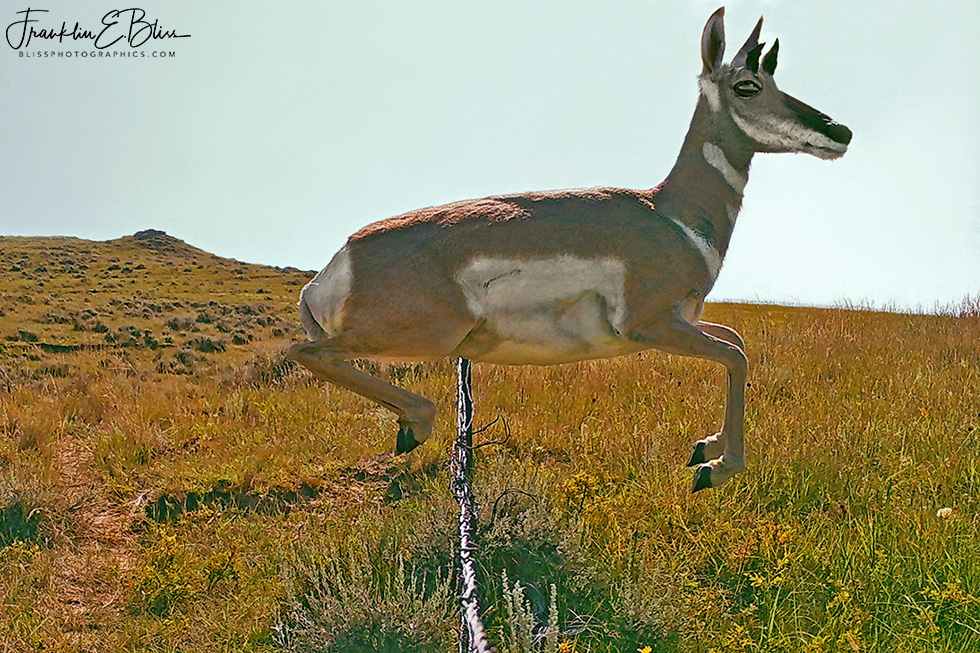 Prancing Pronghorn Catching Air is a pretty rare capture from one of my better placed game trail cameras.

I have over 20 years of fairly serious pursuit of images, managed to get 3 or 4 captures of Pronghorn (incorrectly named Antelope since they aren’t). This female (with large horns for a doe) has got some air here clearing a foot above the 4 foot wire at this location. *(Males have a black cheek patch is how you tell for sure). I have another camera that looks at the creatures crawling under the fence here and this camera watching over the wire. I didn’t have much extra room on the top of the frame for this one lol. Just about cut off her head.

So they do jump over fences. Not very often. I’ve even seen antelope that have felt pressured go under in deference to going over if they could. This is very uncommon in this country where fences are usually fairly loose from the cattle pressure on them. I have hundreds of deer jumping fence, Pronghorn….not so much…

About the only thing you really have control of with Game trail cameras is their placement. Finding a spot that wildlife consistently uses to go through fences is the game. It’s an easy placement for a camera at a water tank or other game funnel. I was hoping for more flocks of birds from this camera but a Prancing Pronghorn Catching air will do lolol. This is a few hundred yards from The Montana/Wyoming border. 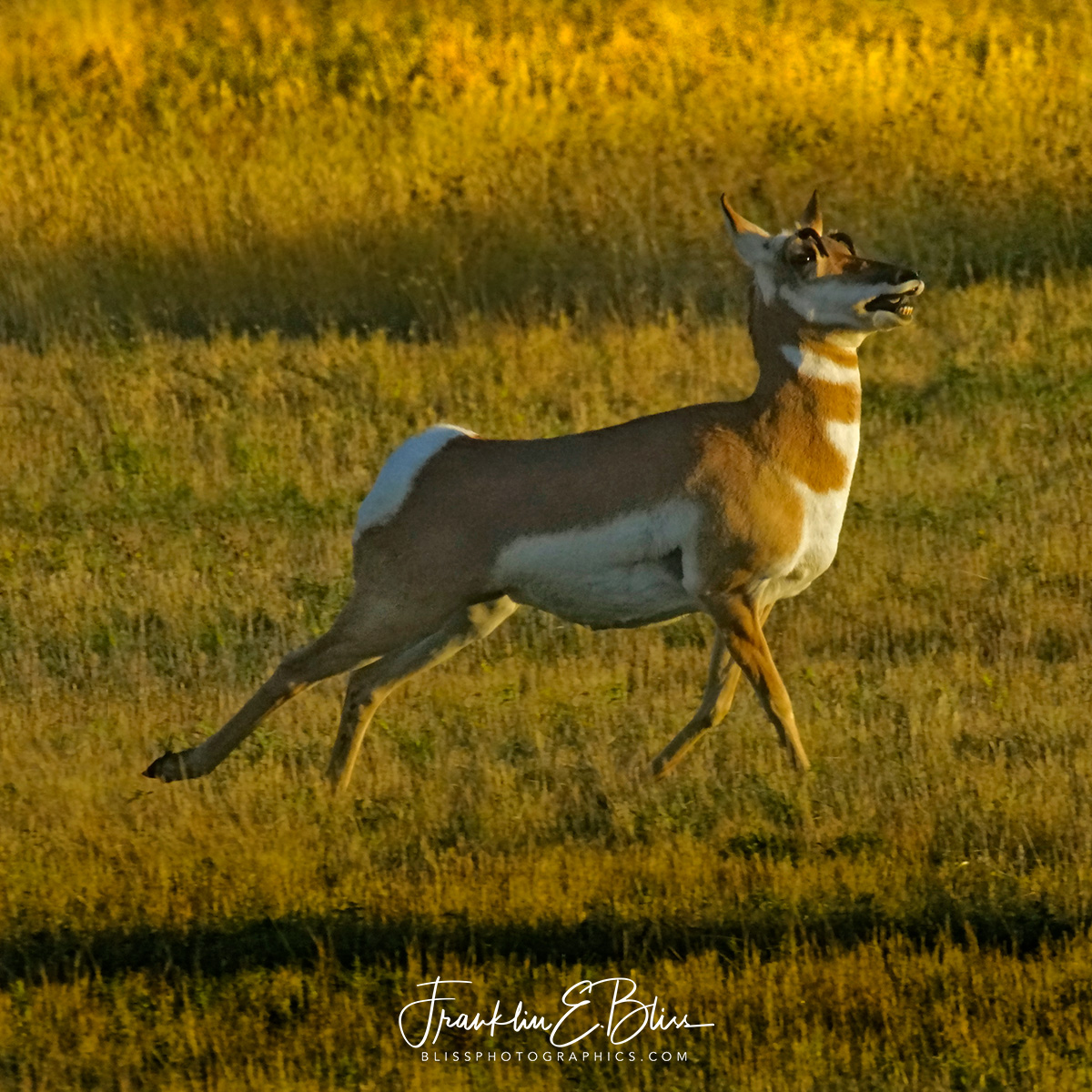 The Prancing Pronghorn is actually running pretty much all out and it totally out of breath as 6 of the Bucks in her group know very well she is in heat. The Rut is in full progress…. I point out her horns which make a permanent visual impairment for her.

The Bucks are all pressuring her, she could just keep running and get away from the group but she keeps coming back and then has to run some more lolol.
She was panting hard and I only watched her for about an hour doing this. These distant relatives of the Giraffe are the fasted animal on land in North America by far. I’m thinking she was going around 30mph for this one, she’d turn sharply to avoid males chasing here to evade and elude. Mud was flying.

Taken a week ago.