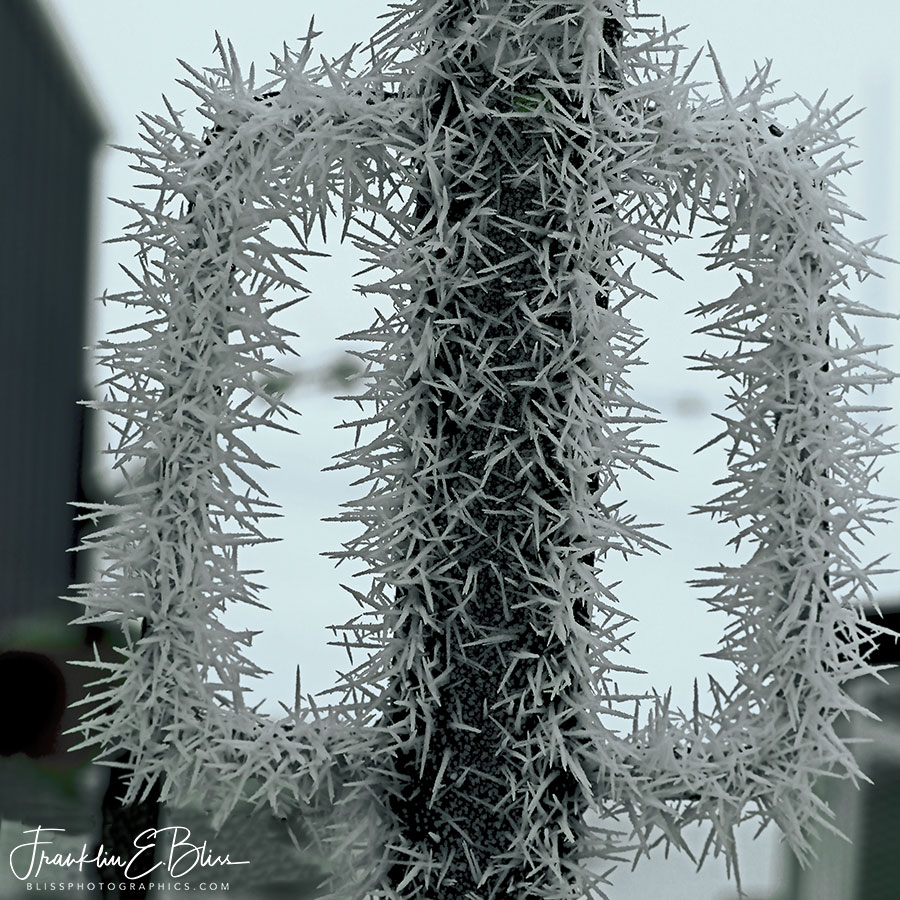 This used to be just a 30 pound pipe with handles. Now it’s a prickly pipe. The borderlands always have surprises for me to photograph.

Driving T-posts for fence use is their purpose around the ranch. It was upright on my ATV on a freezing fog night that covered ANYTHING that disrupted air flow. There is a natural funnel between the building on tI have many images from that morning but I believe this to be the best.

I spent hours walking around with a few cameras that morning. Hoar frost usually only deposits on sharp surfaces/points where turbulence changes the triple point.

The triple point is where the combination of temperature and pressure is such that something like ice can be in any of its 3 states. Ice, Water, Water Vapor co-exist at the “triple point. (Great google word for the day). Ice can change at the tiple point right to gas in a process called sublimation. Condensation is where water vapor collects into droplets of Liquid Water, Evaporation is liquid water changing to gas. Each phase change takes

I won’t get into the math of this. IT is definitely a good science class all in and of itself. Science and the knowledge of it give you the ability to understand what is ongoing around you. The pursuit of knowing is key to actually see beyond just looking. Humans are generalists mostly. Good photographers, not so much. They see into the “zone” catching the little areas of zen in the common that others miss. Keep on Clicking folks.. 📸