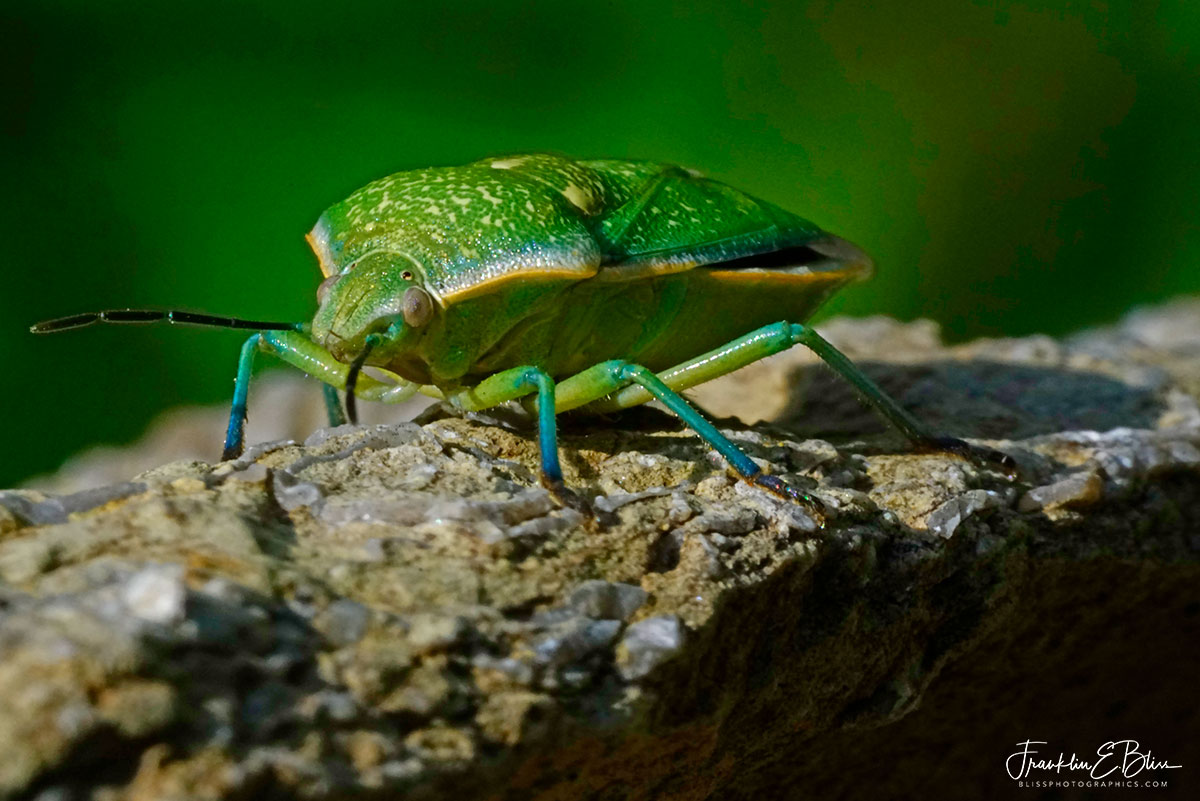 OK, a little out of season but some summer color seemed like a good idea. A little up close and personal..

What a beautiful bug. The legs are startling in the color gradients they present. In nature, bright colors usually means “Stay Away”. Well these guys do not bite or sting posing no real danger to humans and our familiars. They are however considered harmful bugs to be eradicated as they are a major agricultural pest. They cause millions in damage to a large variety crops. Also called Shield Bugs or Chust Bugs.

You may remember a Macro close up I did of a Tachnid Fly a month ago. A big gold Hairy Fly…. Those Hero’s of the Flies lay eggs in the Green Stink Bug and will paralyze the pest devouring it from the inside out. So we have both sides of that parasite / host equation right out in our back yard. We have apple trees here but we have not had excessive Green Stink Bug problems. Natural predation is obviously working up here at the moment.

These guys are found throughout North America unfortunately. Large Stink Glands grace both Nymph and adults of the species. Able to discharge LARGE amounts of a foul smelling liquid when they feel threatened. This fluid used to be used on an industrial scale to add odor to some acids thusly reinforcing their own odor. Long since that process has been modernized utilizing modern artificial aromatic compounds.