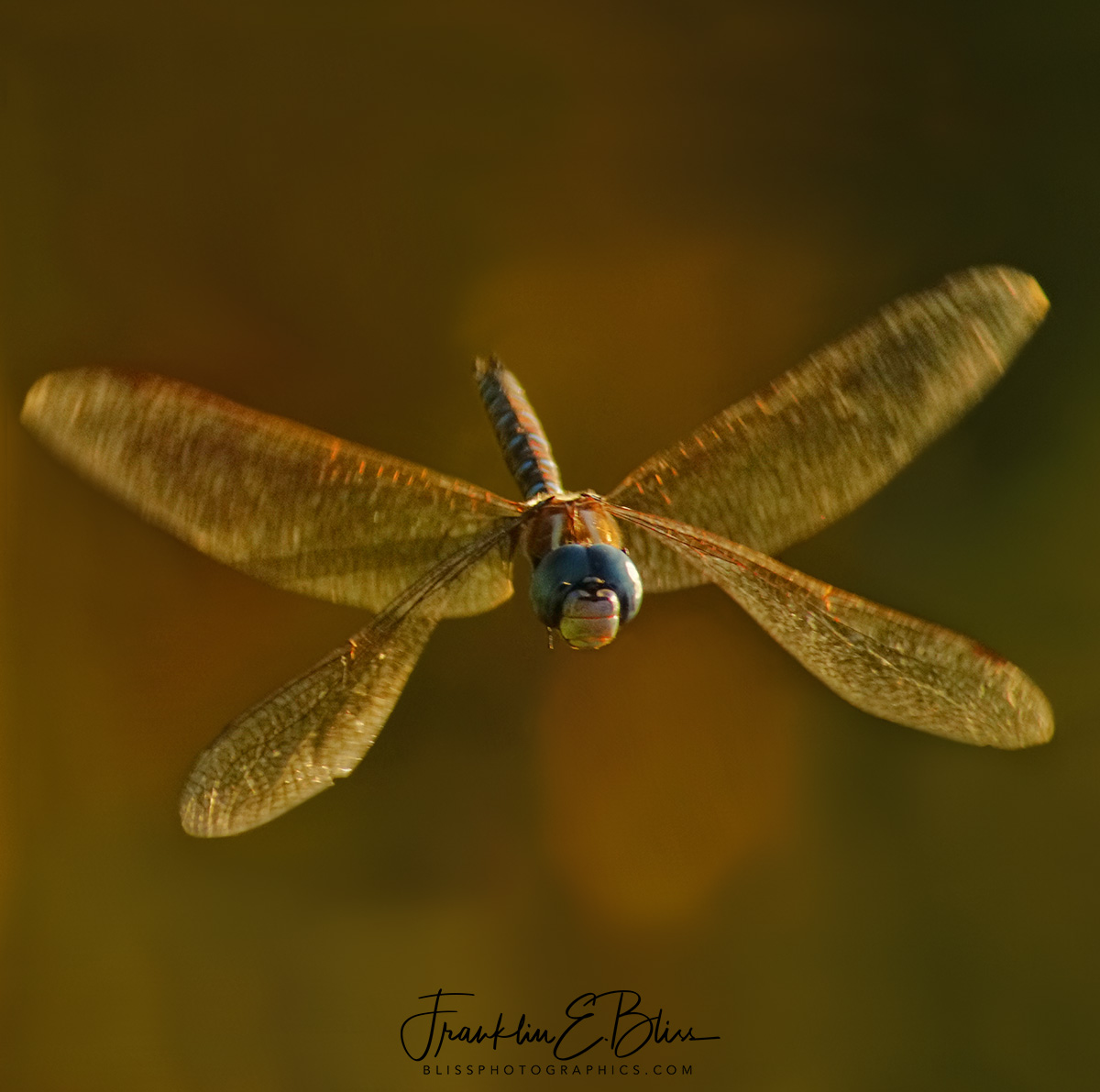 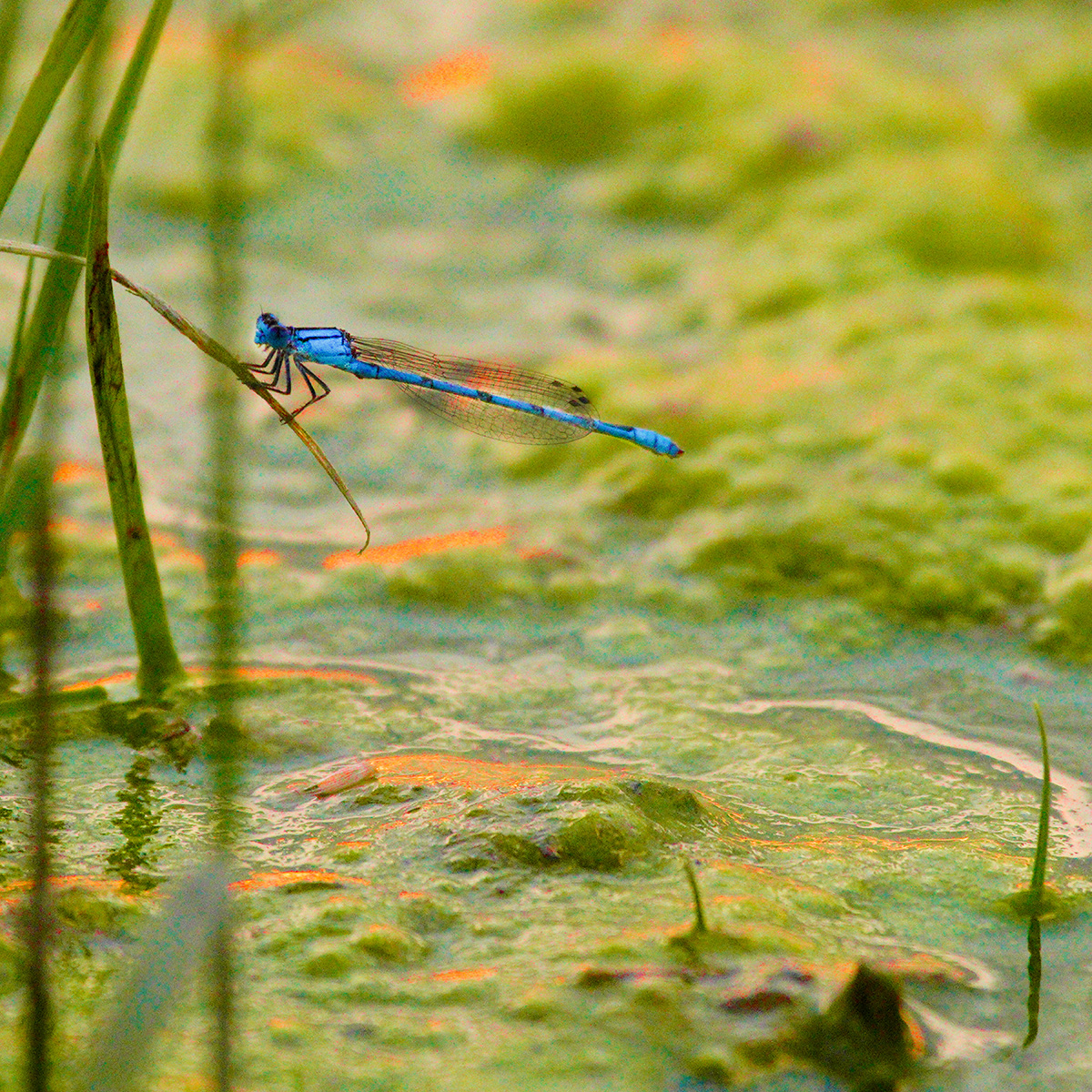 This 1/2 inch long Blue Mayfly was hoovering and landing next to a thick mat of green Algae on this farm point.
Some crawling around on a lakeshore is hazardous duty as cattle drink here. Careful what you roll in lolol.

Be carefully out there, it’s 9PM and my days pretty much over but for relaxing :).

A Dragon Fly doesn’t need much of a landing strip, one of the longest surviving critters on the planet that were up to 6 foot in wingspan during the Carboniferous periods in Pennsylvania for instance. They got big. This one was about an inch long, jumpy and he didn’t like the big one eyed monster trying to come within 9 inches of him.

Location: the backyard of the homestead at the Bliss DInosaur Ranch, Wyoming/Montana borderlands.