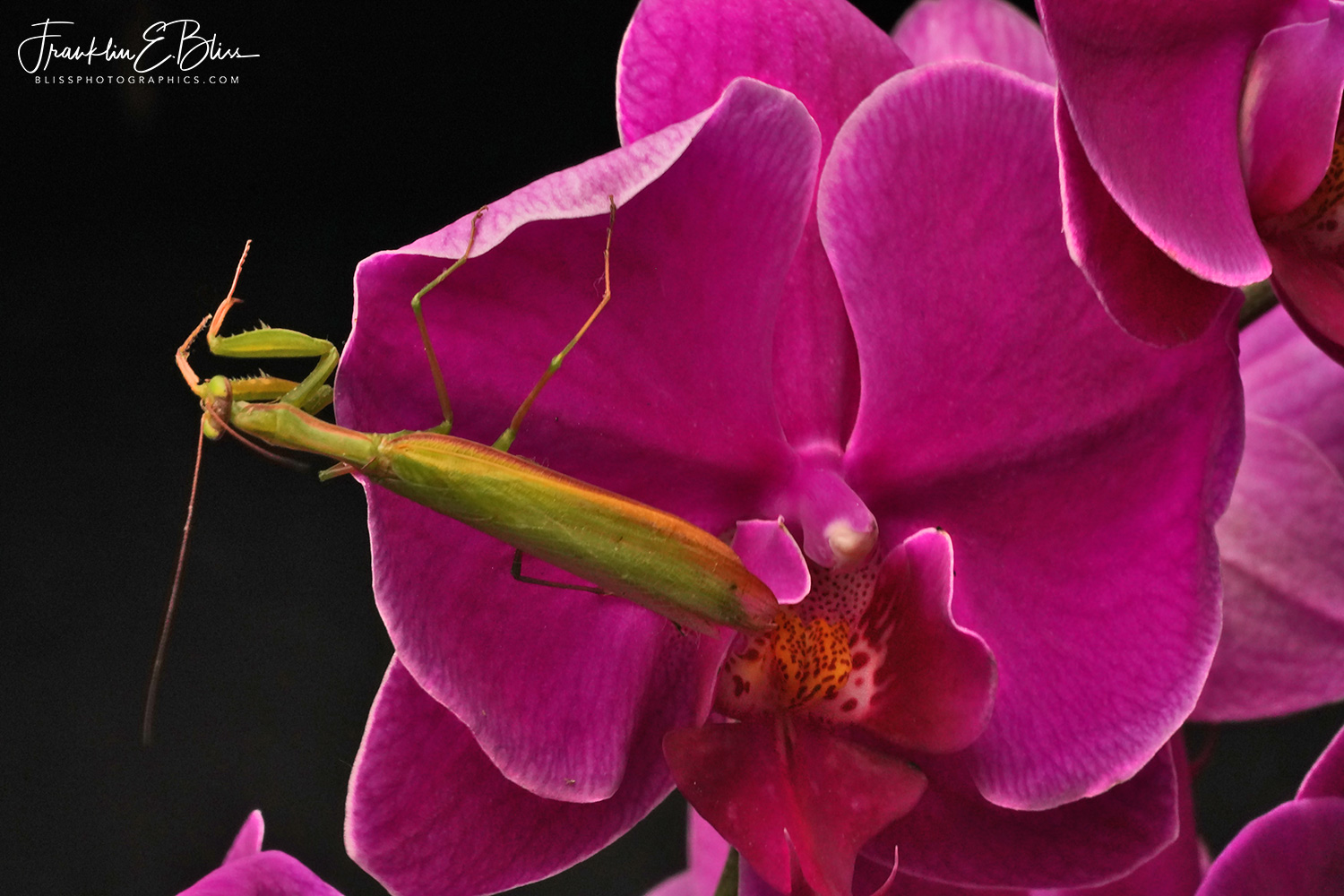 This is another image from that Mantis that I saved from a for sure drowning. I randomly walked past a stock water tank and saw this guy floundering stuck in a carpet of floating algae strings. It took a few minutes to detangle him preferably without ripping his limbs off. he spent the next 10 minutes inside my palm warming up and once released into the jungle like humidity and temp of our underground greenhouse (Walipihni), he started chewing off the algae still wrapping his claws.

This was taken a week after that when he was happily crawling along the tops of some of the orchids I grow down in the Walipini looking for Lady bugs no doubt lol. The lady bugs hunt everything else… 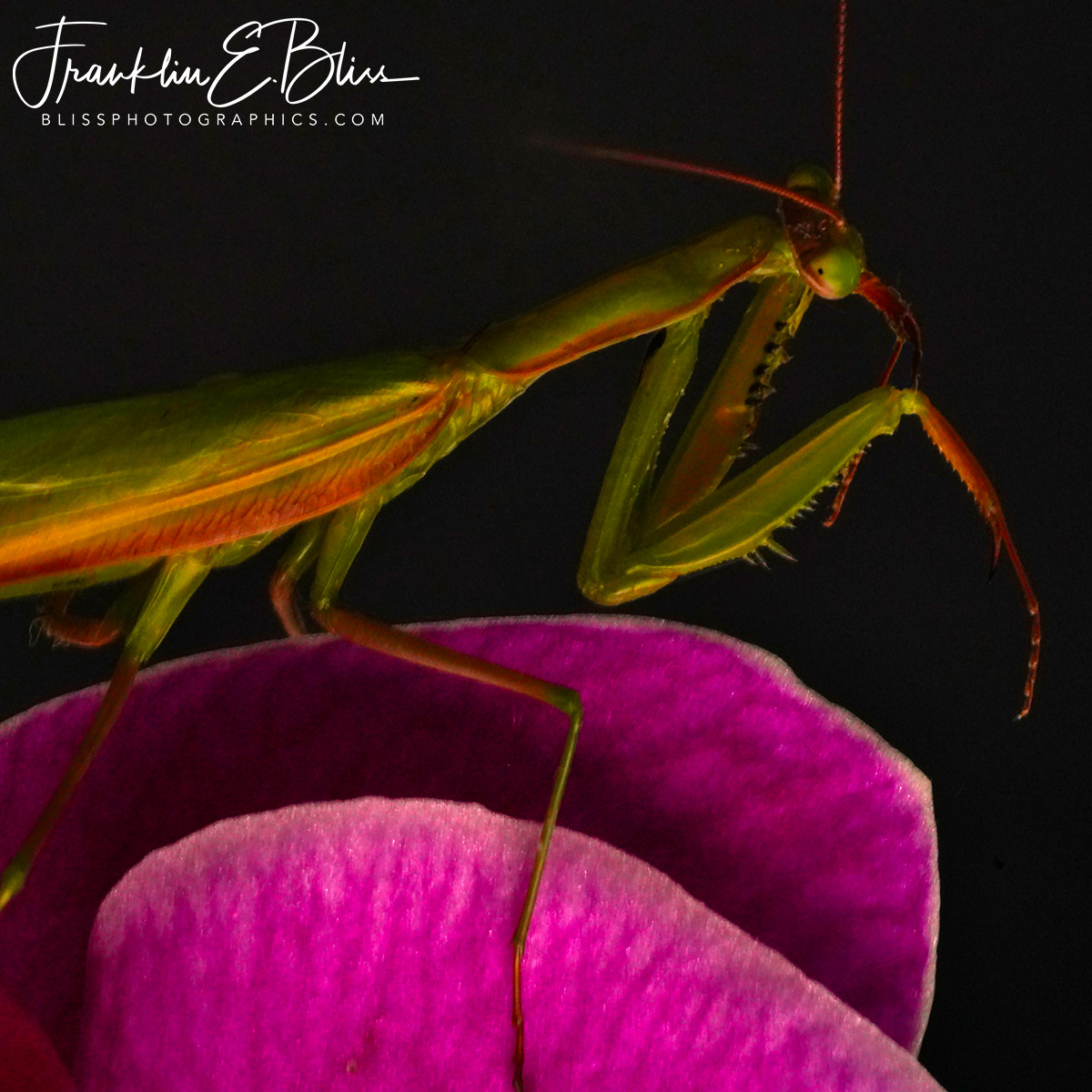