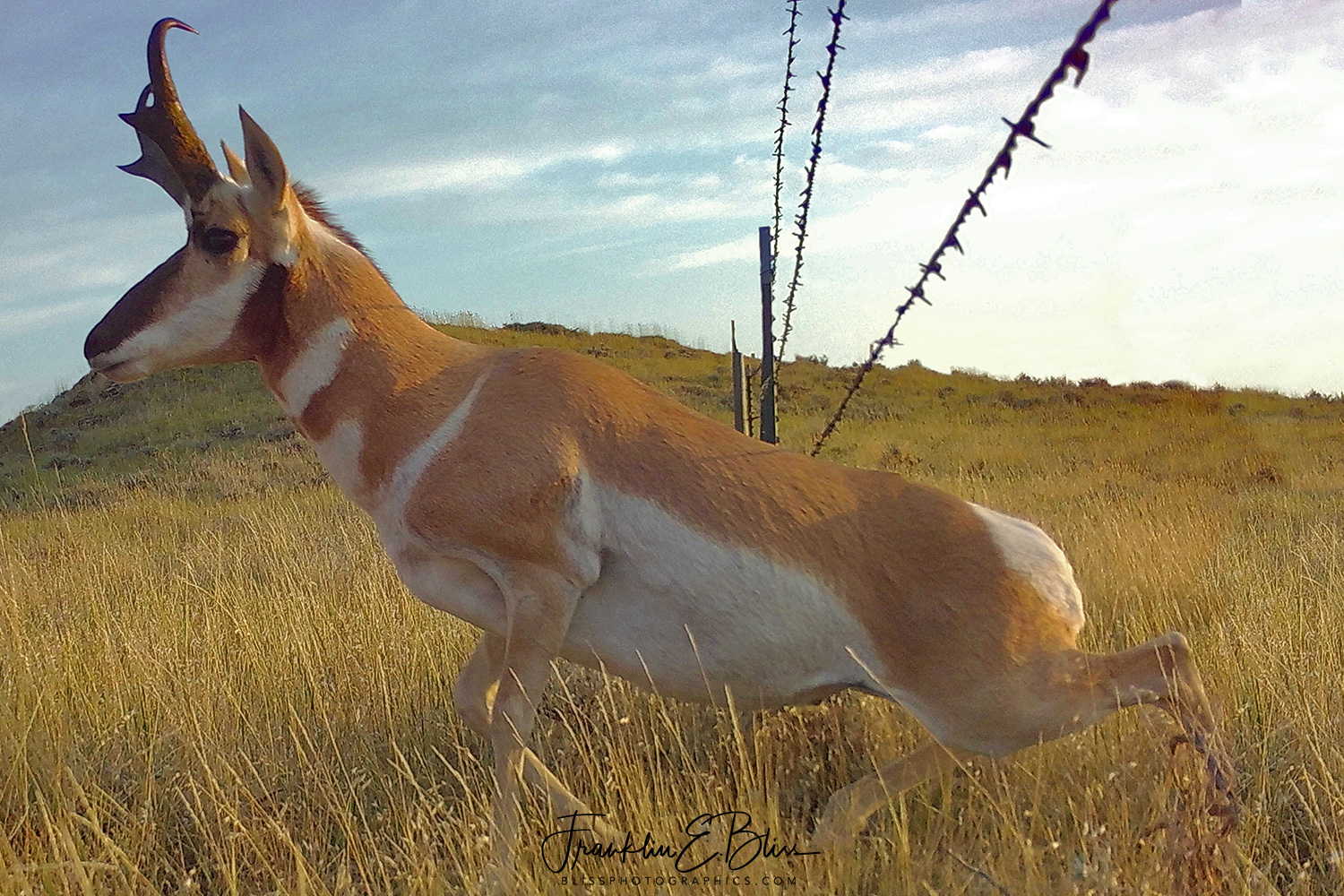 I love Pronghorns color in this light. The color of their hide is very close here to the real color they sport mid day. Maybe just a TAD dark but very close. This instead of the “Golden Hour” color of much darker brown. I see a host of images of these guys much darker than I’ve ever seen them in the wild. Title: “Pronghorn Buck Under Barbed Wire”

Running under a barbed wire is risky but moving about 20 mph as he’s doing it…. wow. These guys move through those gaps with hardly loosing any speed. I’ve seen a dozen Pronghorn moving under barbed wire in a few seconds. They don’t mess around when they feel like it’s “time to go”. I suspect someone sounds a subtle alarm and they are “outta here”. Fastest land animal in North America, they have their share of scratches along their back too. I sometimes have image after image like this on a camera as the herds move through. The automatic cameras react to the movement and capture the action.

I’ve seen Pronghorn go OVER fences before but it’s not a common occurrence. Some fen