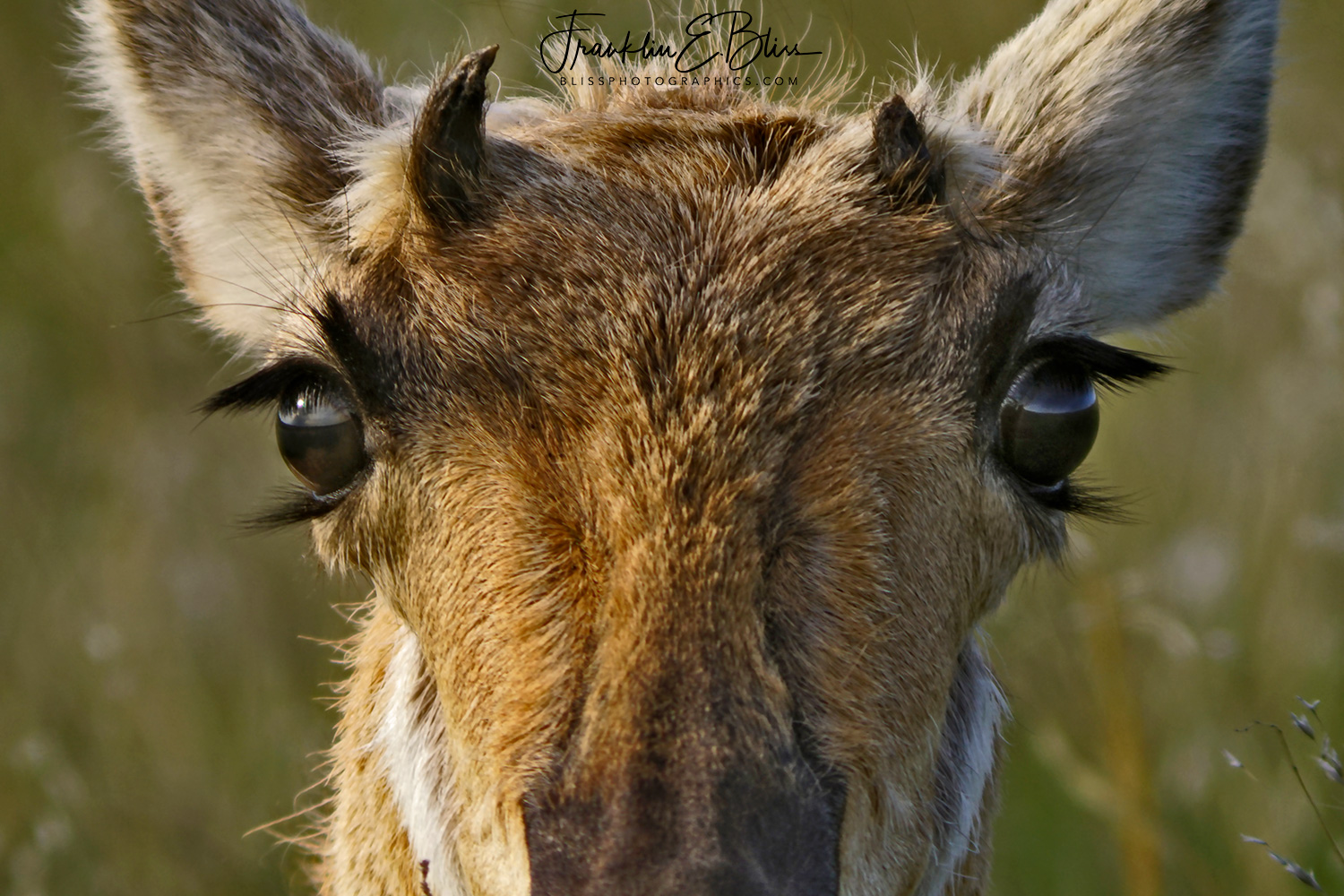 “My What Long Eyelashes You Have”: Pronghorn Doe was about as close as I’ve ever been to a living Pronghorn while it was still bedded down. You can see just a little grass in this image to the right of her head. I have pull backs of course but I thought I’d look into those lovely eyes up close and personal where she needs a breath mint. In her mind I needed the mint being a smelly/noisy human. She was being tolerant of me though and relatively happy to stay where she was bedded. I completely circled her at distance and left her where she was resting. Bear in mind it took me an hour to circle her. I spiraled in as I did it and some of the last shots I took were these eye shots (which I have a long timeline of at all angles). 📸

These Pronghorn do get used to my vehicles not being a threat and are very casual at times with me around. They consider me just another grazing animal. I start and stop. Wait and seldom turn down the music lol. They are aware of me but don’t care much by the end of the summer. I’m just another animal out on the grasslands with them seeing them several times a day. I get pretty close sometimes. I’m trading off my jeep though and I suspect my new truck will take them a while to adjust to 😫

Geologic Musings: Antilocapra americana is a Pronghorns Scientific name and it’s not an Antelope or a Goat. It’s a relative of the giraffe and the only Antelocapra to survive the extinction of the megafauna at the end of the last ice age. It was good at getting away from the tiger/lion/bear population that fed on such animals here in North America just at the end of the last glaciation. 12(ish) thousand years ago. Rough neighborhood and no 7-11 on the corner…. Just saying 🤔