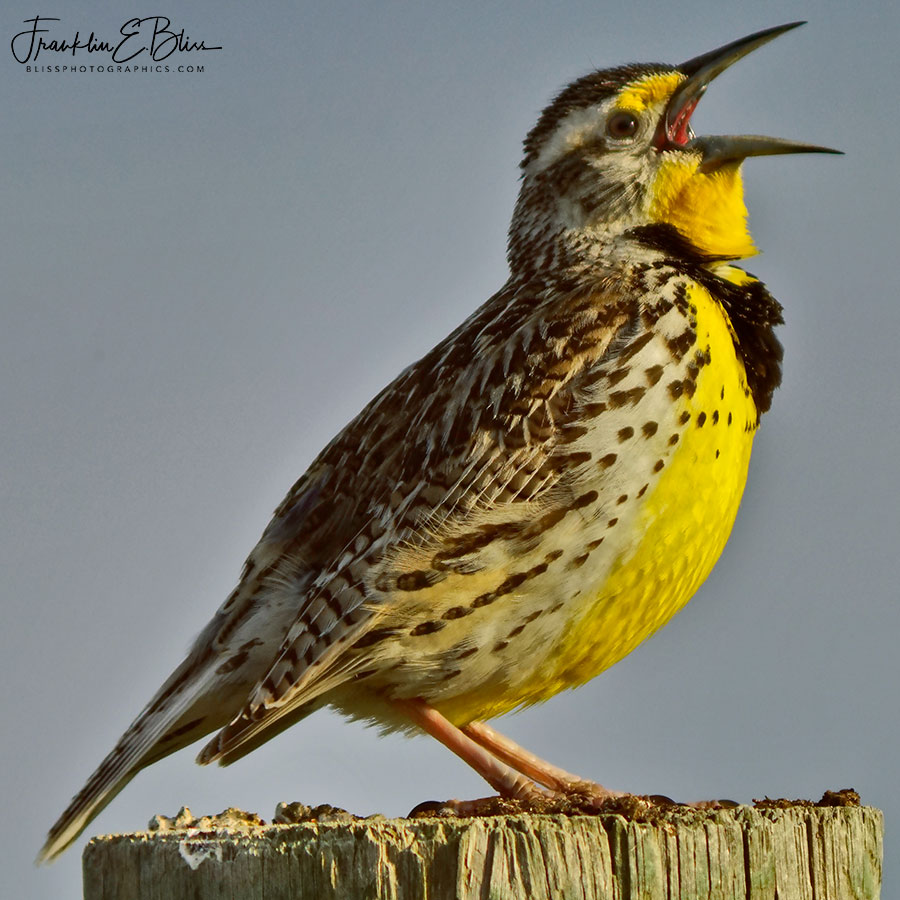 I find Meadowlarks a difficult critter to photograph. I should clarify that by saying getting a REALLY close “Closeup” to be a bucket list item.

The tendency of a Meadowlark encounter is to be random. They occur often while driving in the backcountry along fence lines. I often am traveling along a two track backroad only to see 50 foot ahead a meadowlark on a fence. If you stop too close, they will fly away. But if you stop “just right” and don’t move at all, they won’t fly for a while. If you move AT ALL once you come to a complete stop, they will fly quickly away. This is a law of nature that I’ve only seen ONE bird out of hundreds ignore. He is another story. This is a wild Meadowlark way out in the backcountry. Drove up on him.

This guy was very tolerant of my Ford Raptor as it approached. I stopped literally about 20 feet away. Typically, they will fly but he stood at his “post”. At that close distance, with an 1200 mm fast lens, I can focus on his eyelashes. The hard part is getting 20 feet away from a wild bird. All meadowlarks are “flighty”.

As a group they they have been back in this country for 4 weeks as of this post in mid May. This is a bit early based on what I’ve observed the last 2 decades here.