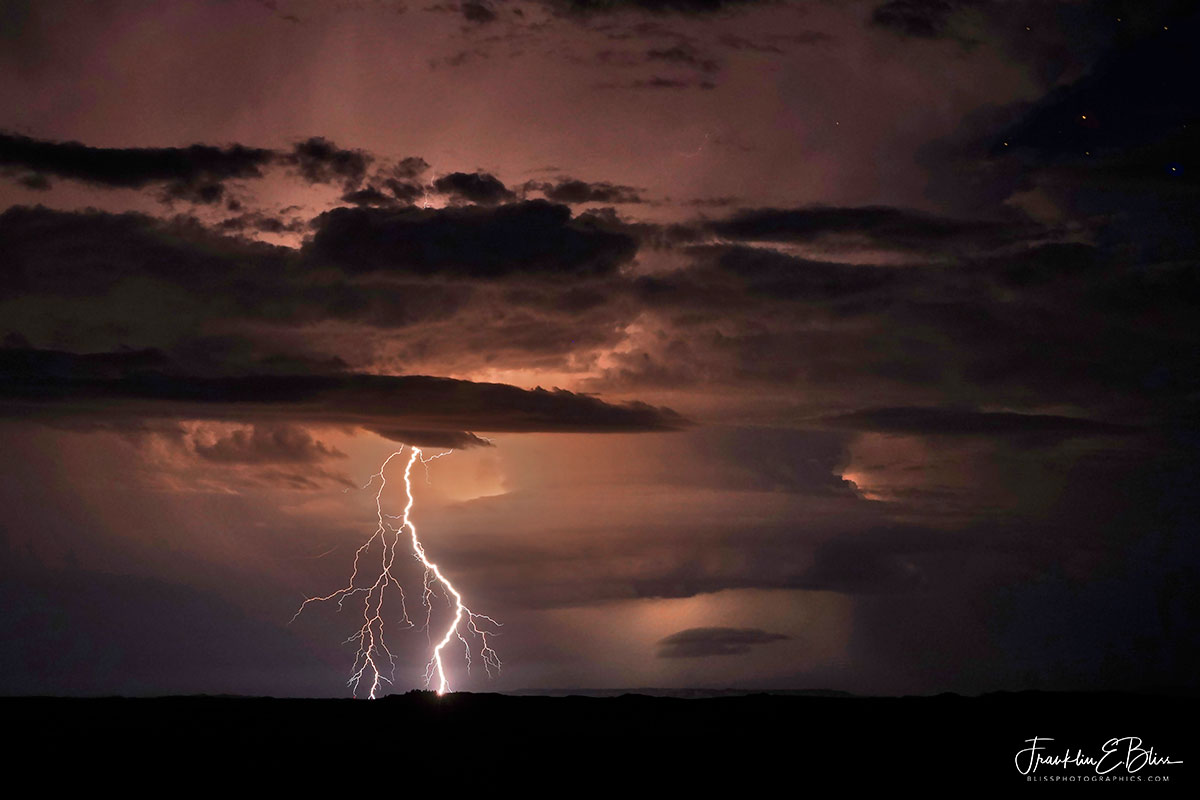 This was taken the day we had our grass fire. I had been following up with the Bureau of Land Management Hot Spot Team. I was talking to the crew until about 11:15 when it became apparent that the Comet Neowise was going to be behind clouds. Time to go to sleep, a few miles back to the homestead all the while noticing HUGE multiple lightning flashes 20 miles to our south. The silhouette of the hill on the skyline is called “Bowman Hill”. Bowman is 15 miles south of me.

Now it takes my Sony mirrorless cameras (which work only OK) for the Comet Neowise) do a pretty good job on 30 second time exposures even in windy conditions taking photos of flashing lighting. I was definitely ridge topped here having to climb out of the bowl our homestead is in to see this. Those same sony cameras take ANOTHER 30 seconds to process that 30 second time exposure before I can take another exposure. Problematic so I work 2 cameras at the same time alternating 30 second clicks and I basically get full time coverage of all the bolts possible. But I can still only take 2 photos a minute at best. (that make sense??).

So anyway…. That is the center of a Mesocyclone all lit up by that flash. The wall cloud demarking the tip of the massive spinning top of this 60 miles across storm. The intensity of the storm at a late hour was remarkable with flash after flash discharging every few seconds over all. But many of the flashes were deep in the storm backlighting several surfaces. Stars…..