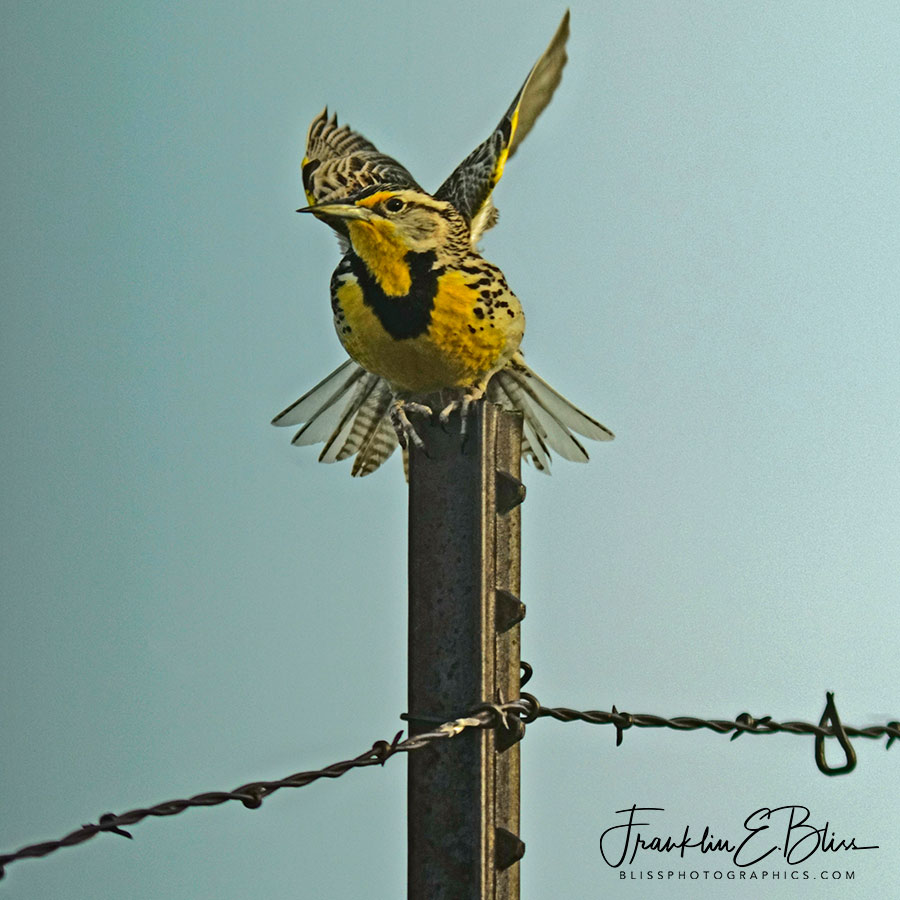 Meadowlark Posing for the Camera

Meadowlarks were named by Audubon noting that they had been neglected by earlier birders. Lewis and Clark made note of them though. They are abundant up here in the Wyotana borderlands. A Dozen per acre would be my estimate in the deeper backcountry near my homestead. There is a lot of grassland up here and these guys thrive in this environment. They are tricky to get close to and I always pursue an opportunity If I see it mostly with long telephoto shots as this.

The tendency of a Meadowlark encounter is to be random. They occur often while driving in the backcountry along fence lines. I often am traveling along a two track backroad only to see 50 foot ahead a meadowlark on a fence. If you stop too close, they will fly away. But if you stop “just right” and don’t move at all, they won’t fly for a while. If you move AT ALL once you come to a complete stop, they will fly quickly away. This is a law of nature that I’ve only seen ONE bird out of hundreds ignore.

This guy is a wild Meadowlark way out in the backcountry. Drove up on him. He was very tolerant of my Vehicle as it approached. I slowed to a stop about 20 feet away. I’m not usually so lucky…. At that distance, with an 1200mm fast lens, I can focus on his eyelashes. The hard part is getting 20 feet away from a backcountry wild bird. They frequent this whole area with 5 or 10 birds an acre sometimes. I’ve seen a bird fly every few seconds before driving two tracks. If I go slow, their songs permeate the quiet. Up here it can be so quite that you can hear your heart beat. Genernally not during Meadowlark season lolol 😜

Title: Meadowlark Posing for the Camera