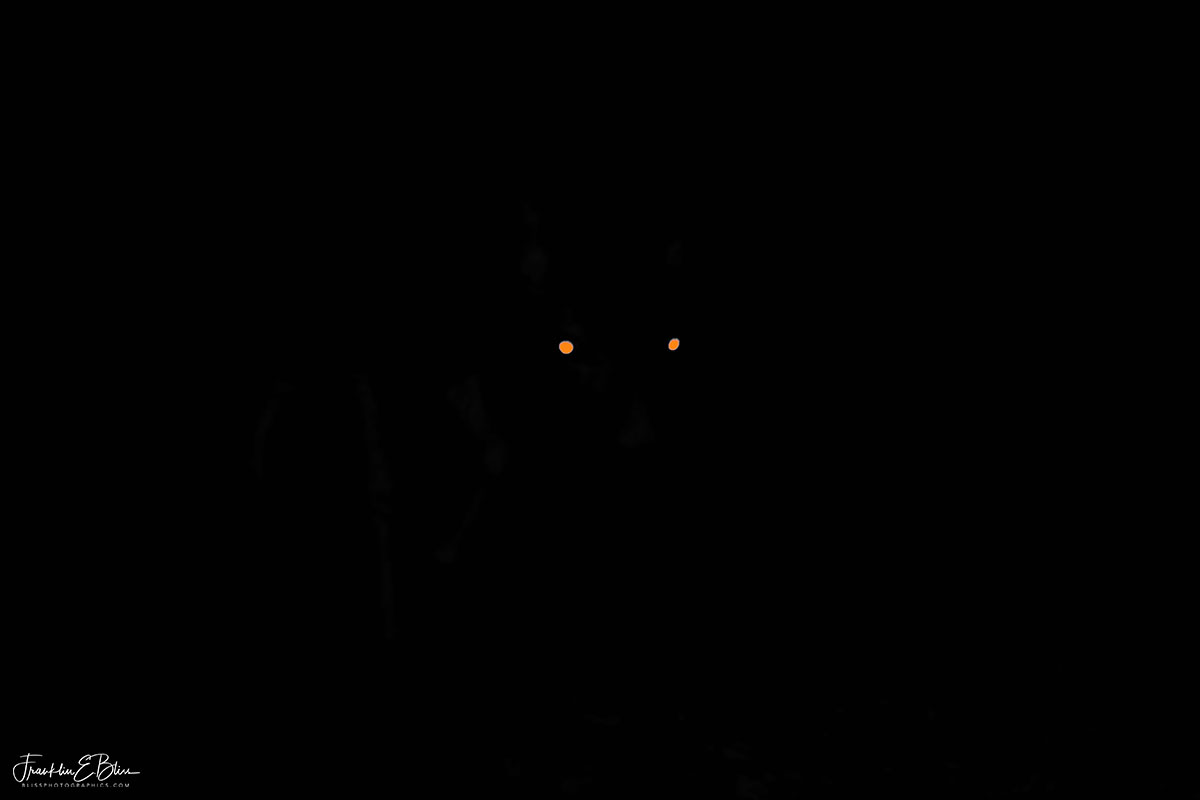 Eyes in the Night

Nothing brings shivers to the bone like walking out alone at night, having a pair of eyes peering in to return your gaze. You are in the woods, remote, on foot, a long way to home.. maybe lost. Your phones light barely is lighting the path for you to follow on this cloudy starless night. But you see this.

A shot of adrenaline hits your system, you know you have to remain calm. The temptation to “flight or fight” becomes a reality. Consider your in mountain lion country, near the only source of water around. You start to realize your folly of not getting back in time. You start quickening your pace….

The veil of civilization around major population centers gives one a false sense of security as well. You never know WHAT your going to run into here.

Rabies is a very real thing up in the borderlands of Wyoming and Montana were we live. There are Wolves, Bears, and Lions and a mad Bull will ruin your day. Buck Deer during Rut can be dangerous to get in front of. I’ve been charged by a deer in rut. Suffice to say we both walked away unscathed but not by much lolol. There are badgers that will kick your a** for being in the wrong place at the wrong time too I had an acquaintance who got cornered in a car port by a pissed off badger. I respect the heck out of him killing it with a piece of 1 inch PVC pipe he had lying on the work bench.

I’ve lived 20 years in the remote backcountry of Wyoming/Montana. I’m a pretty tough guy but each and every time I see this scene in real life, I get a kick just for a second. 😜

Title: Eyes in the Night