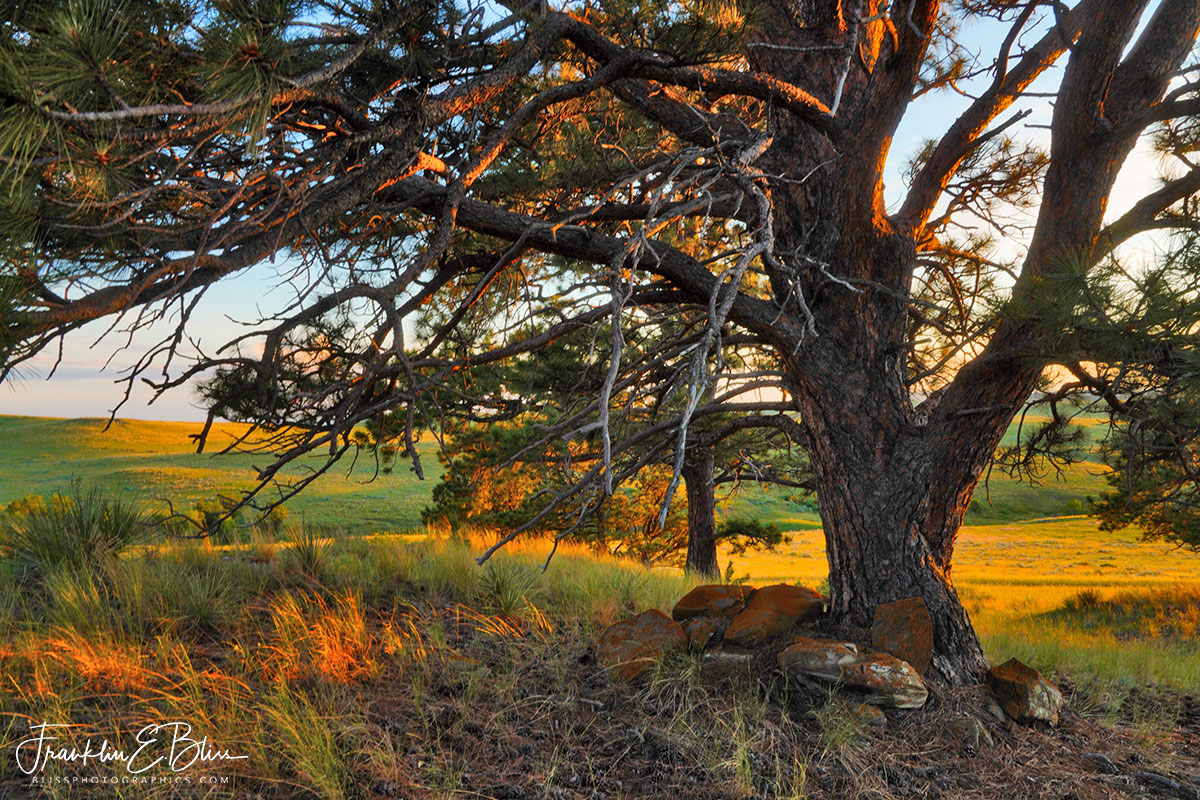 There are deer beds all around this and the nearby trees. This hill is blessed with a good 360 view around it. The deer almost always pick a spot where they can see some area. The grass is crushed down around the shelter. It’s an improvised windbreak and rain shelter. As they say, ANY shelter in a storm.

Trees growing out of boulders, breaking those into smaller pieces are always instructive. How a living thing can exert enough force to split stone? Admittedly freezing and thawing of water is certainly partially responsible for this. I suspect the initial crack the trees allowed the progenitors seed to settle. It germinated of course. The crack began by freezing water. That tiny little seed sprouted and continued the hundred year long process breaking rocks into smaller ones.

Boulders populate the hill top around the trees. The hill top itself owes it’s existence to the resistance to erosion by those same chunky sandstone boulders. Being harder than the sandy rock that used to surround them, they now protect the sand under them from washing away. Mostly the entire hill is here because it was more resistant to erosion than the rocks that once filled the surrounding valleys. Geology is full of absolutes like this. One conclusion has to lead to the other. Sand from the Cretaceous Dinosaur fossil bearing bedrock forms the soil horizons here. The Rivers that carried the sands sorted the clasts very effectively into a mostly uniform 3 dimensional fabrics of lens shaped sandstone/siltstone/mudstone beds in a 700 foot thick formation called the “Hell Creek/Lance”. I’m t standing on that formation at the moment. There are dinosaur fossils under my feet. 👀 ⚒ .

I’m loving the lighting and contrasts here. Full Screen is a must.