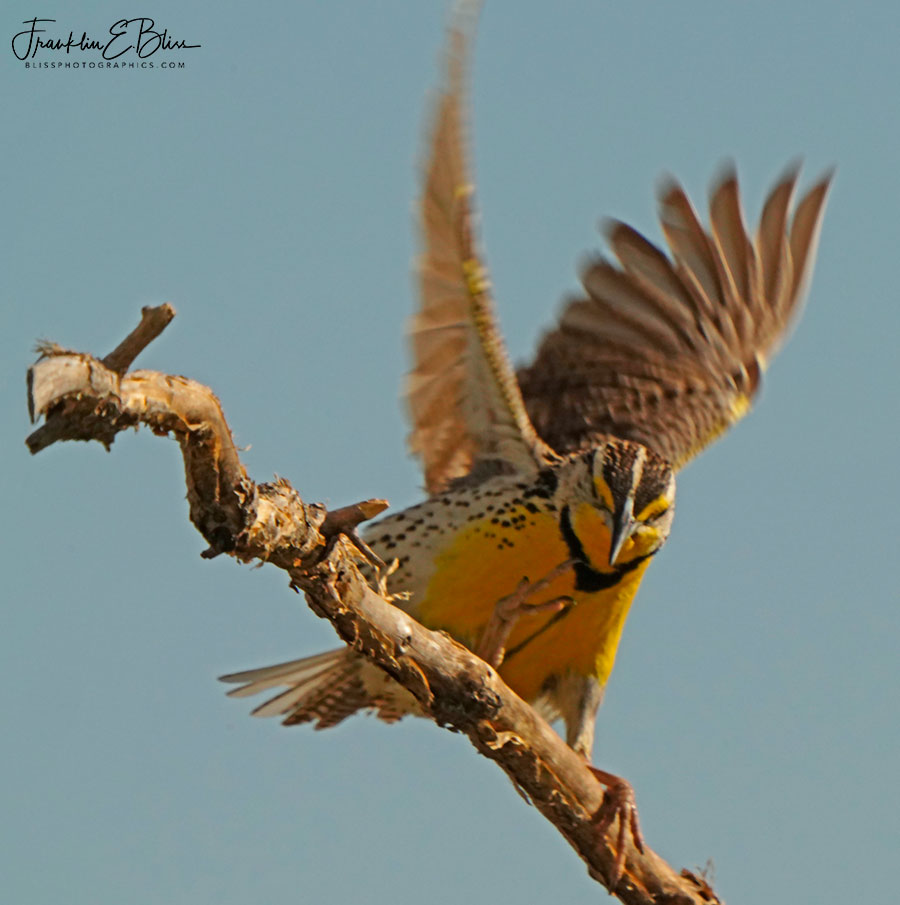 Meadowlarks were named by Audubon noting that they had been neglected by earlier birders. Lewis and Clark made note of them though. They are abundant up here in the Wyotana borderlands. A Dozen per acre would be my estimate in the deeper backcountry. There is a lot of grassland up here and these guys thrive in this environment. This is the second image I’ve published from this timeline.

They are tricky to get close to and I always pursue an opportunity If I see it mostly with long telephoto shots which this is. I’ve discovered that, you can slow down and stop with a meadowlark usually not moving (your in a car), but if you move any after you stop, they will fly away. You get one chance set up lolol.

Getting any bird landing is not easy but getting small birds like Meadowlarks at the moment of touchdown is a matter of luck in my opinion. Even if you know where they are landing, it’s a crap shoot to point a long lens at any particular part of a branch. Rapid fire Machine gun shutters yes but you have to react quickly to trigger the “shutter”. (Mirrorless cameras have an “E-shutter). I shot this whole timeline with a 1/1000th second exposure. Longer is a bad blur risk in contrast, faster takes a LOT of light. It’s a trade off under the conditions I was shooting in. IF you want to freeze those wings, small birds and bumble bees….1/4000. Then you suffer from having to turn up your ISO to compensate (camera sensitivity.).