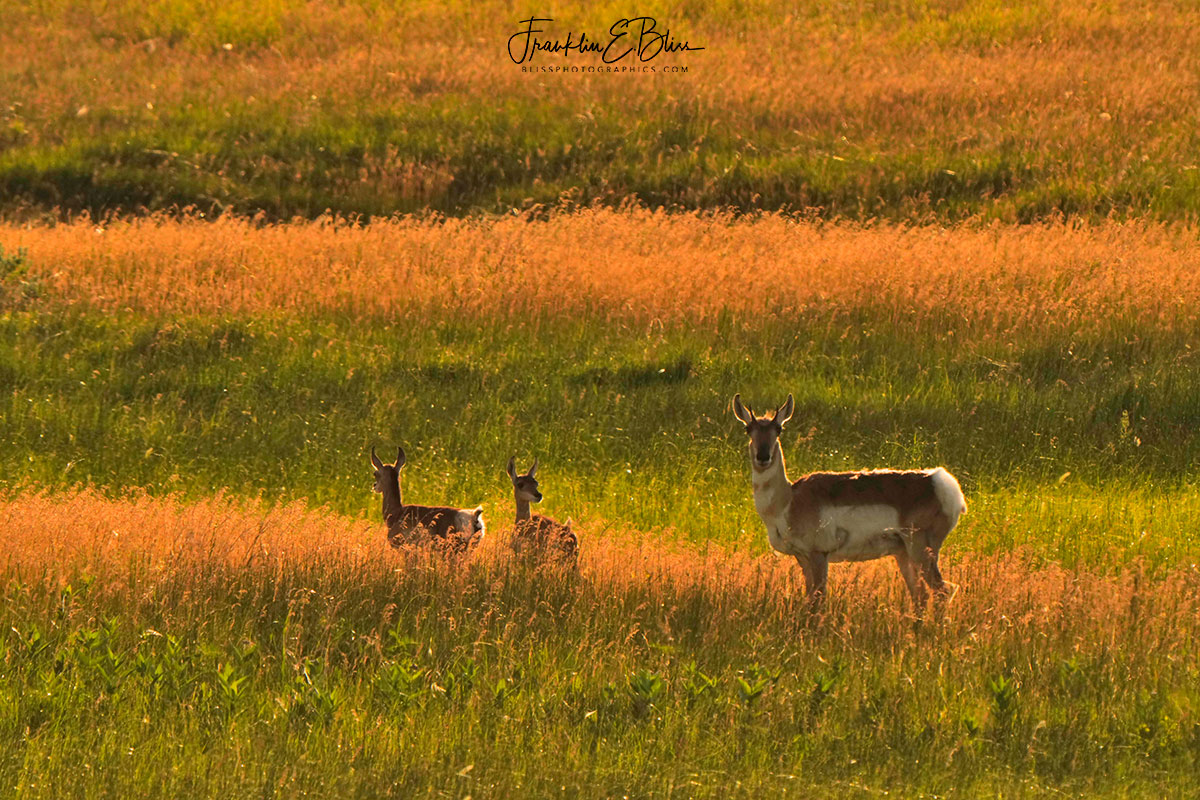 Twins and Their Mom

Last year was a good environment to set up for multiple births of Pronghorn fawns this spring. Ultimately it may have been a cruel trick as while there is still grass growing, it is very dry. Worse, grasshoppers are thicker than recent memory. Malathion is a well used fumigant but it kills the good bugs too so it is a double edged sword. Some ranchers sprayed by plane over their ground. They have grasshoppers too as far as I can tell. The point is, later in the year, the Pronghorn are going to be competing with the jumpers for food I’m afraid. We are even taking precautions around our greenhouses to properly seal them from the invasion.

Each Pronghorn mother during estrus releases 6 eggs (I have been told). All of which fertilize, the mother sloughs off an appropriate number based on the environmental conditions. Twins and even triplets on the good year like last year. IT was green until august. This year, it’s only early July and it’s brown already. I know of one set of triplets and have seen several twins with various moms. These guys were typical fawns galavanting around like they own the place. Mother was typically ignoring them but keeping her eye on the surrounding threat matrix. Getting terribly close to Pronghorn babies is not going to happen regularly. I only have a few Does that tolerate my trucks presence. Others not so much lolol.

Title: Twins and Their Mom