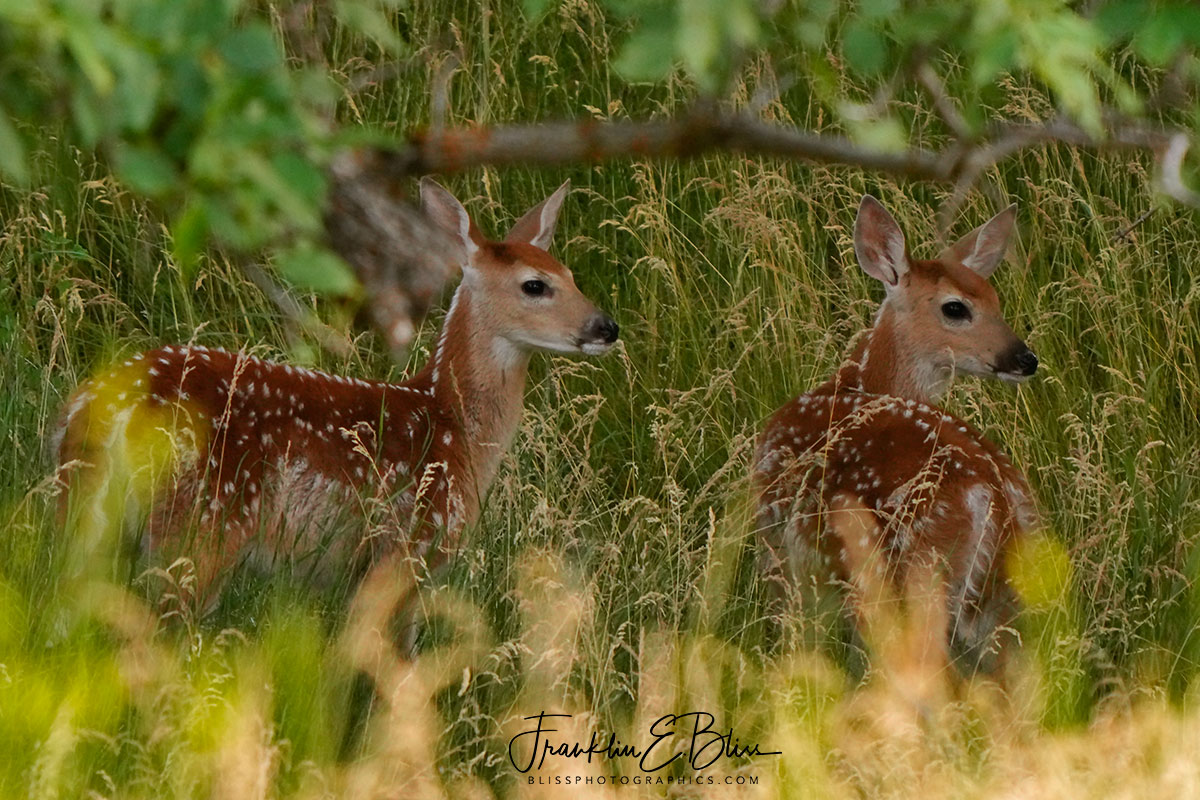 Before their mother found them, they saw her. I was watching them from my black F-150 Raptor, engine off, LONG Canon f4 600mm lens, Sony Alpha 7R4 back (pretty good gear) sitting out of the drivers window. I could see their mother moving toward them in my peripheral vision off to the side. I mount the lens on the window so it’s pretty stable. That particular SuperTelephoto works well to look into places where other long lenses fear to tread. There wasn’t enough light there for a lighter 600 mm with less light gathering ability.

These two were licking their lips in anticipation (I have those photos too lol). Here they both watch as their mother takes her time grazing over to them. To their credit, they didn’t rush over to her but once permission was given, they went to town on getting some milk from the bar.

I’ve never seen a better set of spots on fawns. They will only have them until fall when their winter coat starts coming in. I think they make them stand out more but mother nature (who knows best) decided that they should look that way. Apparently, move fawns survived that had those spots than those that did not. That seems to be how things generally work up here. Better camo means your not seen. What works, works. Other methods fail which is an evolutionary dead end. If you don’t survive to reproduce, any characteristics beneficial or otherwise you may possess fade away from the gene pool from the view of this Paleontologist.