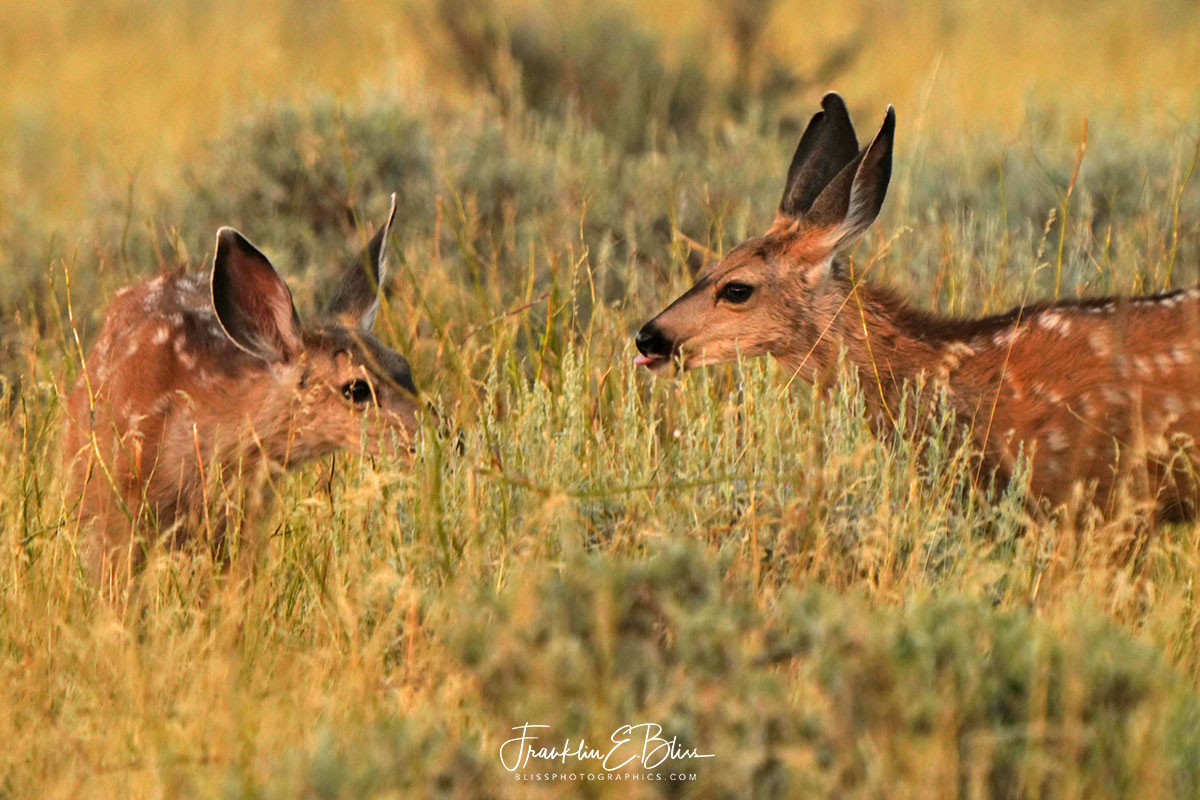 It’s not too often I get to know a Whitetail Family. These two twins have now been well photographed this spring having spent several sunsets with them of late. I can drive up to good functional lens distance from them and not change their behavior any. After a few minutes, unless I move, they are not watching me. They were grazing. The Raptor I drive, shuts down it’s engine automatically upon braking to a stop. Saves gas I understand. It also makes it very handy to a guy who used to have to use the key to do that. These guys could care less if the truck starts or stops at this point. Initially I think it was a big deal. I left their proximity without spooking the group at all. Saw them later that evening down toward their water / night spot.

But the interactions between the fawns are what is the best thing to watch. Photographing twins is a pleasure at this age. (Them and Me lolol) Both are having fun in this fairly good pasture. Little Hail Damage here. Natural deer behavior doesn’t involve sticking their tongue at each other but I’d like to think it does. These two were definitely messing with each other at the time. Playing at the Dinner table.

Note the notched ear on the right fawn. I can follow it through it’s life now that it is familiar with me. Knowing how to recognize it is the game. Now for a name……