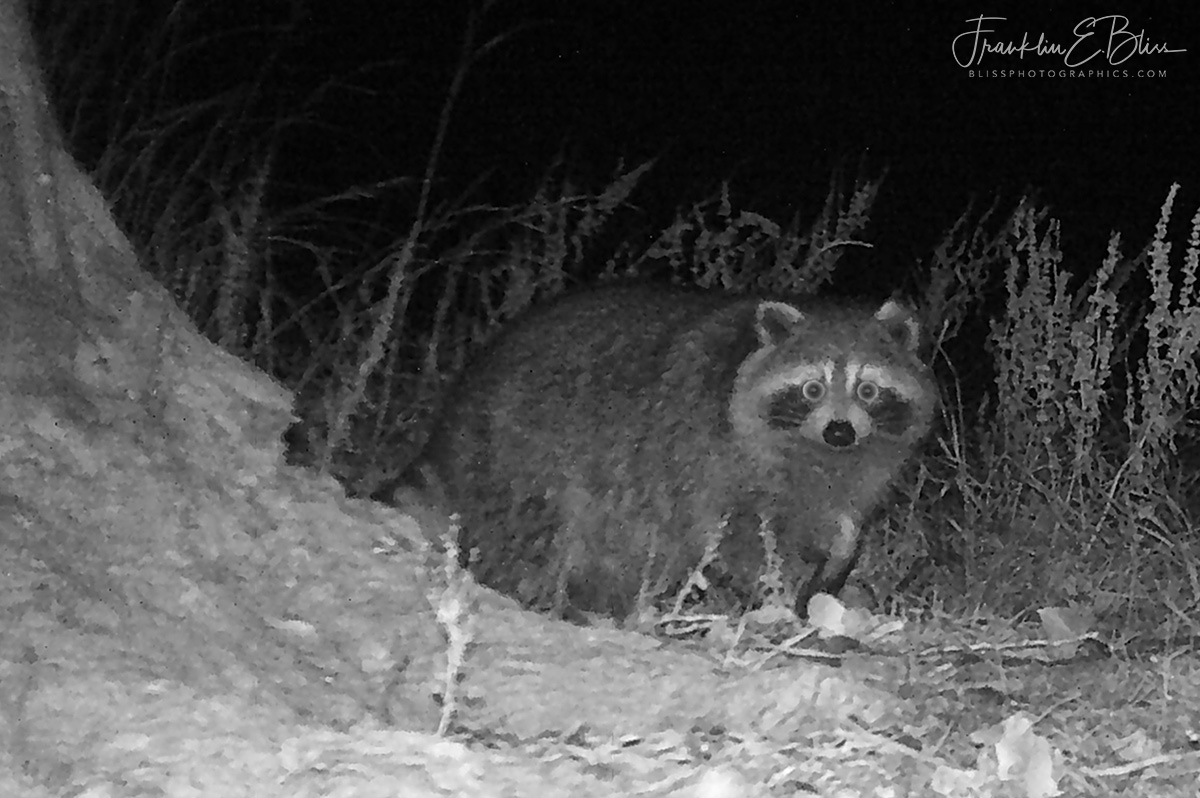 Raccoon Caught Prowling Infra-red. This was of course a Game Trail Camera capture.

The secret behind captures like this is placement of the camera. Pure dark midnight captures are a process of putting the “wildlife funnel” at the right focal distance from your game camera. Note that the tree in the foreground is slightly out of focus. It got the raccoons face is right on.

By the nature of the type of light used here (Infra-Red), everything is a bit grainy. This is a result of a highly sensitive chip piking up only reflected IR light from the flash. He was caught by surprise by the sound of this particular 360 degree camera spinning toward his position. It usually freezes the animal such that the slow shutter speed is often enough to catch him. No blur is rare in these kind of shots. A moving animal would be a non-usable photo from the motion. A little noise will get their attention. You don’t want them running the other way lolol.

This location was picked because of many animals that travel here. It had worn away the vegetation on a landing down by a lake. I’ll leave it down there for a few weeks and there will be a host of interesting beasties walking down to this spot. I think I have 5 cameras game cameras placed here. This includes the 360 degree camera. Placed here. I went three weeks between checking the cameras. I’m about to pick them all up as this spot floods in the spring. It goes completely underwater by several feet. Water is scarce once the lake freezes over. The closest place is one of my stock tanks a good 1/3 mile up drainage. Conveniently there are 4 game trail cameras on that stock tank lolo. I’ll get this guy over there this winter I hope. 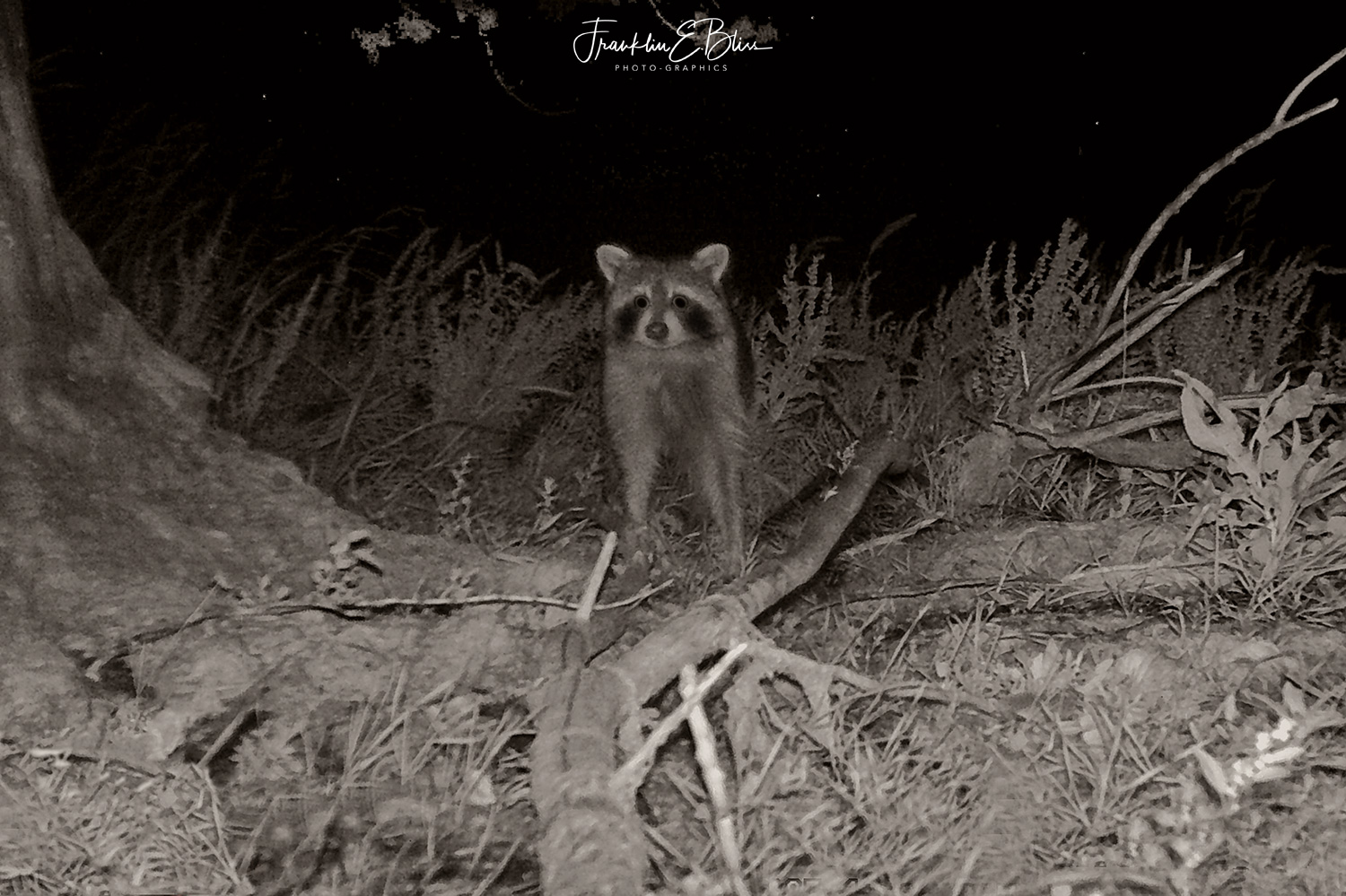 I run a network 26 Game Trail Camera (s) and I caught this burglar the other night. You would be amazed at the quality I can tweek out of some of the cameras. This is a 30 megapixel B+W version at midnight during a new moon (no light). Amazing stuff from the technology. Pitch black. Good capture. I have about 15 of this kind of camera up and running. I won’t endorse any of them though as they all do something different. Different tools all.

I took out the “White eye” effect from the Infra-red light used here in the digital darkroom. I hope that doesn’t offend you. I remove stuff like that because they are artifacts of the technology, not the way the scene would have looked to me . (I probably could see the back of my hand in that light lolol).

Yup, those are stars in the sky. It’s as dark up in this remote part of the borderlands of Wy/Mt as the north Atlantic Ocean according to NOAA published maps.
Seeing stars on game trail cameras? He had to be absolutely frozen still when this shot went off or he would have blurred. This is a fairly long exposure. No question he was a statue frozen by the sound of the camera setting up lolol.