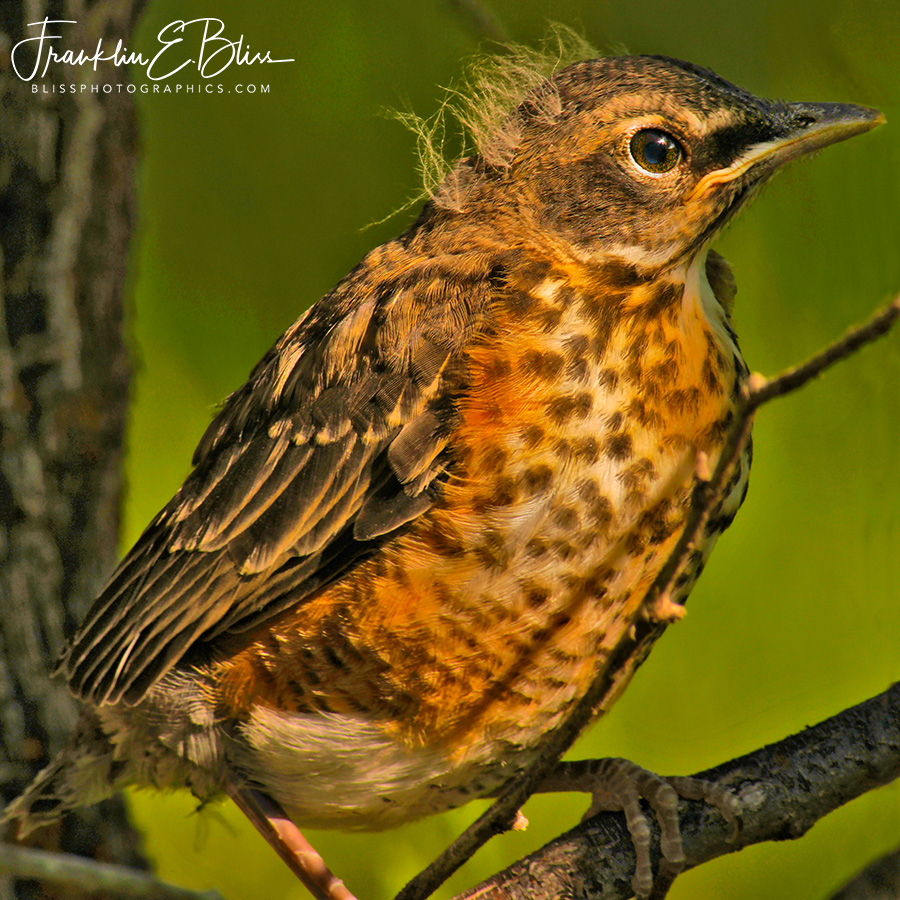 I took a few images of this Robin Fledgeling Personally Close. He was young and foolish, I had a long lens. The two of us got along fine together. I was trying NOT to attract my resident ranch cat population up into the windbreak where this guy was trying to grow up. Flight was clumsey due to it’s flight feathers partial development.

As I say it was ignorant of this big lumbering smelly noisy human walking around might be a threat. It had drawn a line in the sand as to how close I could get to him or he would flutter off. So I went back into the house and got an 800mm lens that focuses as close as 15 feet. These captures are the result. Macro work with a 2 foot long lens is always challenging. My returning to the area, he was approximately where I left him a mere 5 minutes earlier. I’m not one to complain about negotiations with a wild creature that last longer than a few seconds…maybe a minute. In all honesty, it did take me a minute to find him again back in the pretty thick windbreak.

It looks like “Birdie Sanders” to me. Just perhaps a true characterization maybe not but there is something about the down feathers….🤔😜 It will loose those down feathers pretty quickly. It flew south with all the other Robin Red Breasts (many). There is a good population of them. They compete with Meadowlarks for bugs but the Meadowlarks VASTY outnumber them. I seem to remember that Robins are European imports but memory fades and fails. Anyone know?

I have another images of this birds wonderful face, head and eye floating around posted a few days ago.

Location: Bliss Dinosaur Ranch, Wyoming/Montana (In the Windbreak west of our homestead.