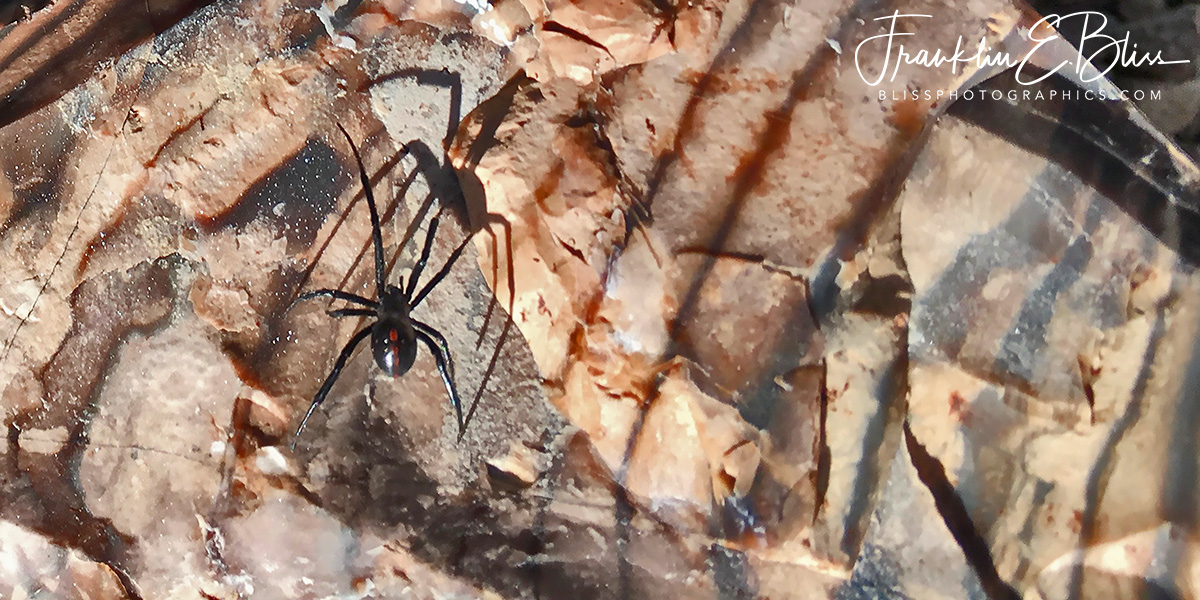 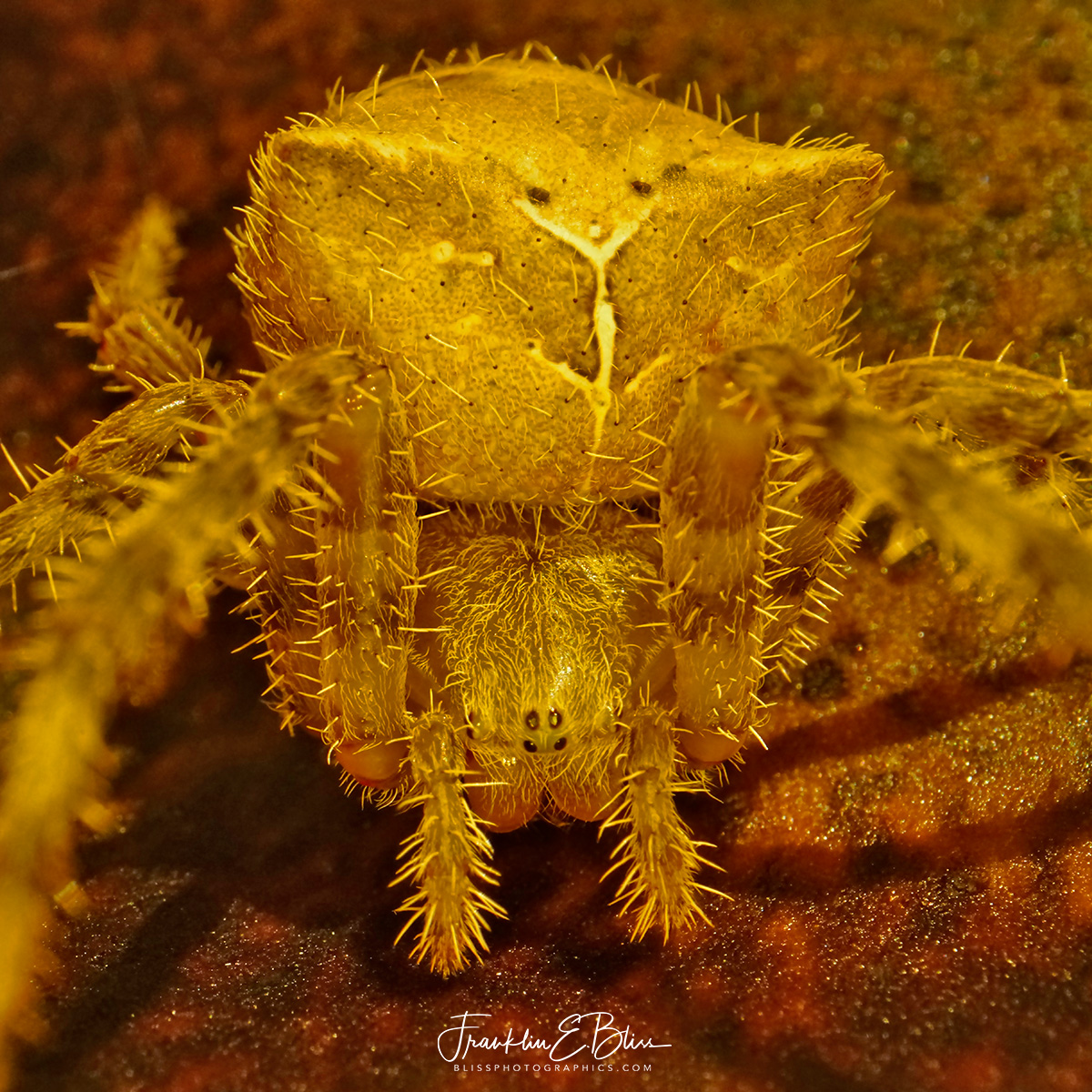 I got to shoot “Close and Personal” this fully mature Cat Faced Spider. (the best cat face is from behind but you can clearly see one from the front too. The ears and markings on his abdomen are mimics of a good cats face.

In this Ultra Close up, I’m using a 2x macro and I’m about an inch from his eyes to get this close a shot. He was cold at the time and a little slow. Well fed he looks and webs he’s been building all summer.

You either love or hate these guys. Enjoy eitherway. He’s not moving fast today as it’s still below freezing outside for as it has been since the storm started (a week before this posts).